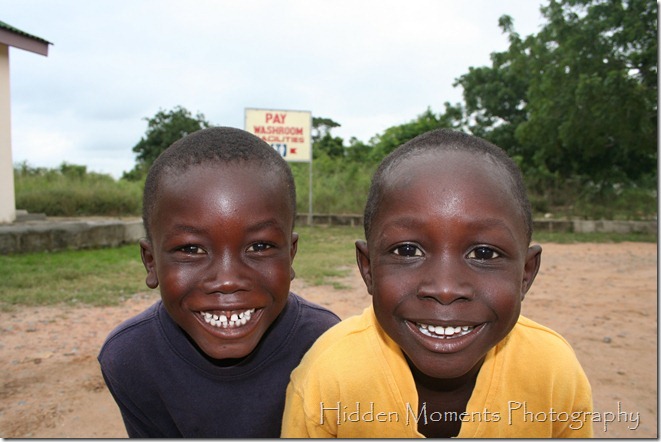 OK, I am going to admit that I did not take this picture today. If I had I would be writing you from the Gold Coast of Ghana which is where this picture was actually taken. And it was taken with my first “big girl” camera with a stock lens. Not too bad for all that.

I have had one of those days. You will have to forgive me. I spent time this morning screaming at my computer because it wouldn’t tell me in plain English how to do what I wanted to do. Computers don’t like that.

And then I spent some time looking through some photos that I am thinking about putting up on the website and I came across this one and remembered that I liked it so much when I took it. This was actually taken in 2006 on a visit to Ghana with Opportunity International. We were traveling along the Gold Coast and had stopped at a rest area to “use the facilities”. As we all piled out of the bus, out of the bushes appeared a group of children with baskets. And in the baskets were snails which they attempted to sell us for dinner.

Fresh! Very fresh. Boil them! Cook them in butter. Delicious!

And I know that you are thinking, “What’s the big deal with a few little snails?”

The problem was that the snails were not little. 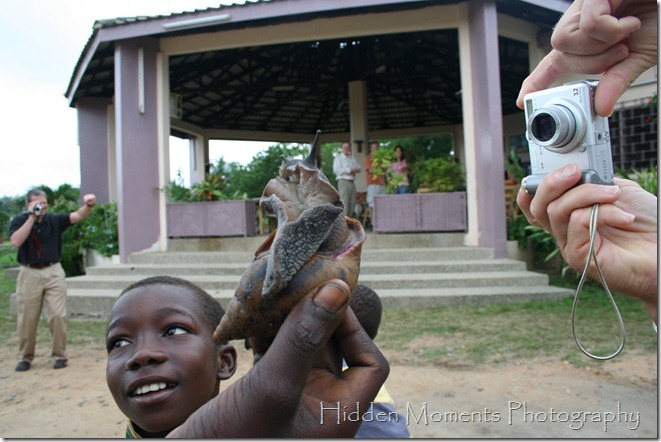 And they were still MOVING!!!

Makes the homemade Cream of Potato soup that we are having tonight seem extra delicious.