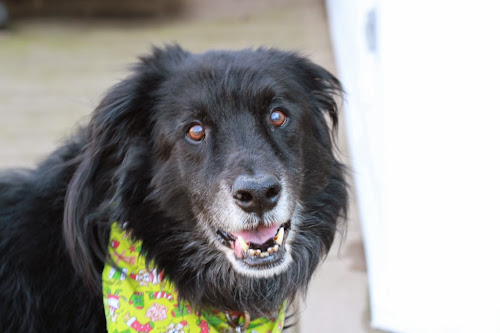 Alpha, stop taking pictures and let me in! There are treats waiting and possibly crumbles on the floor. I have things to do and people to annoy.

And don't I look fabulous in my scarf? I am stylin'.

Posted with Blogsy
Posted by Debbie at 3:07 PM 0 comments

Email ThisBlogThis!Share to TwitterShare to FacebookShare to Pinterest
Labels: Max the Magnificent

Excuse Me While I Answer My Brick

I have said a fond farewell.

To my well loved, small and gently aging iPhone 4s. We had been together for 2.5 years, which in terms of phone technology might be equal to a 50+ year marriage. HHBL and I don’t tend to run out and get the latest iPhone when it is announced. We like to think about these things for a while and wait for a sale.

On Saturday HHBL, the most fabulous husband that any girl could have, announced that he had something to ask me. We have been married for 29.5 years so I knew he wasn’t going to get down on one knee but I was puzzled as to what the question was.

He wanted to know if I wanted my Christmas present a bit early. Normally I would demure on this and say that I wanted to wait for the BIG DAY with all the ripping of wrapping paper and exclamations of excitement.

Strangely anally retentive and overly constrained in the gift unwrapping department? I have no earthly idea what you are talking about…….and we ALWAYS save all the gift bags for another year……but not the paper. THAT would be strangely obsessive.

Where was I? Oh yes, the Christmas gift. The REAL question that HHBL wanted to ask me was if I wanted a new iPhone for Christmas. Target was having a sale which got us money off, gift cards and more data all for the same price we were paying now.

Hmmmmmmmmmm. Let me think about this. Do I want to stay with my 2.5 year old iPhone 4s which was actually the older model when we got them. A phone that isn’t very compatible with anything that Apple does these days and one that is slowly losing its umph. Or do I want to get a new iPhone 6…or dare I dream….an iPhone 6 Plus.

I had to wait for 48 hours though because Target was having a sale starting on Sunday so we planned to go on Monday after work. Can I tell you that Monday was the longest work day I can remember. Did you know that you can get a new cell phone at Target as well as deal with all the paperwork for reupping for two more years with Verizon….all at Target? I had no clue. The very nice and extremely young Nick helped us out. We thought it would take oh like 30 minutes or so to get it all done. We knew what we wanted. There wasn’t anyone else waiting around. We were Nick’s sole focus, as well we should be.

And yet it took 90 minutes.

Thank goodness we weren’t trying to do this at the Verizon store. We might still have been there through the night just trying to get the paperwork done.

At 7pm last night I walked out of Target the proud owner of an iPhone 6 plus, or as I lovingly call it…..The Apple Brick. I don’t know whether I should happily watch a movie on this thing or club a Grizzly Bear to death with it. Both are equal possibilities. In actual size, but not weight thank goodness, it is about the same dimensions as HHBL’s long ago Jornada which he had back in 1997. A state of the art Personal Digital Assistant that needed it’s own forklift by today’s standards. I don’t want you to think I am complaining. I LOVE this iPhone with a fierce and maternal passion. I can actually SEE what is on the screen. And the camera is pretty darn amazing.

The thing that I will complain about is all the pain in the buttockishness that you have to go through AFTER you have a new smart phone. You have to get a new case for the phone. In this instance we invested in Otter Box cases because, you know, drop that thing and Apple gives a huge hurrah and says, “Sure we will give you a new phone because you wisely paid for Apple Care but it will still cost you another $79”. You have to take the phone home and have iTunes put everything back on it that Nice Nick wiped off the old one and that you hopefully remembered to back up before you switched phones, which we all know that I did, to my computer AND the cloud because I am a belt and suspenders kind of girl. But before you do that you have to download the latest version of iTunes which you might not have done for awhile. Then you have to play fiddlyface with the email setting to get and receive emails. I got the receiving part down without HHBL’s help….and then the iCloud decided to download to my new iPhone 996 OLD emails, some of which were from 2012. Yeah, just what I wanted to do was to get rid of very old emails. But finally everything was all done.

I want to call myself just so I can answer that thing.

Email ThisBlogThis!Share to TwitterShare to FacebookShare to Pinterest
Labels: Technology 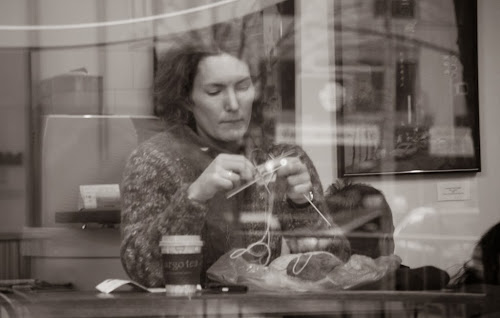 Posted with Blogsy
Posted by Debbie at 9:36 PM 0 comments

A Gift to Myself

Oops, I didn’t mean to take a break from blogging. Life is just a bit on the busy side at the moment. Don’t leave me.

And yes, I know that I owe you a post on the Ornament Exchange. I will get there…eventually.

SO, I have given myself an early Christmas present. Actually, this may be the first time that I have ever deliberately given myself a gift at Christmas. It just hasn’t ever been something that I thought about doing. Don’t know why. Just is. This little acquisition has been in the back of my mind for some time now. It wasn’t going to be all that cheap, as most of these things never are, and I had to think about it for a time and save some money. In fact, I saved almost all of the money that I earned hanging with my boyfriend. I squirreled it away and watched the amount grow and grow. Then, when it was a nice pile of legal tender I took it and…..

Put it in the safe for 6 months.

You KNOW how that is. You think about something that you are ABSOLUTELY POSITIVE that you must have to make your life complete. The world will be a dim and dismal place if you do not have that very thing right this minute. But you don’t get it and after time you realize that you don’t REALLY care about it and aren’t sure why you ever wanted it in the first place. Don’t lie to me and tell me that that very thing has never happened to you.

I will know if you are lying to me. Don’t think I won’t.

So I waited. I went on with life. I thought about “the thing” and my enthusiasm for it never waned. Not one little bit. Zippo. Zero. Nada. If anything it increased.

Today, the thing arrived on my doorstep……. 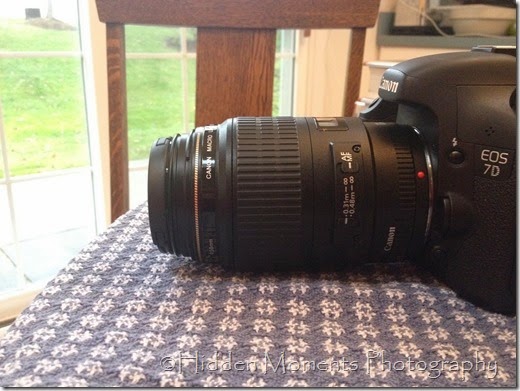 Oh shivers of joy and excitement that I cannot even convey to you. No, you have no idea how I squealed and jumped around when I came home from some errands and there was the box sitting by my garage door. I knew it was arriving today, I have Amazon Prime so I knew. But still, the excitement was a bit on the excessive side.

I have taken 6 pictures. 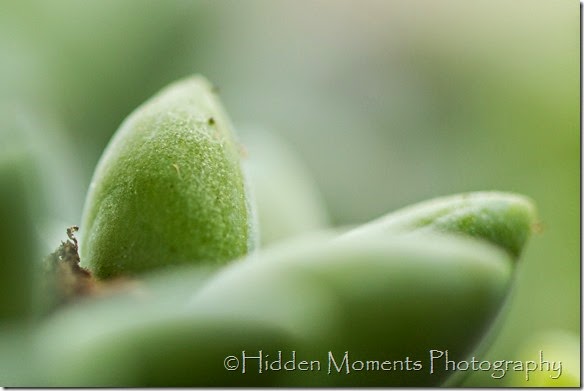 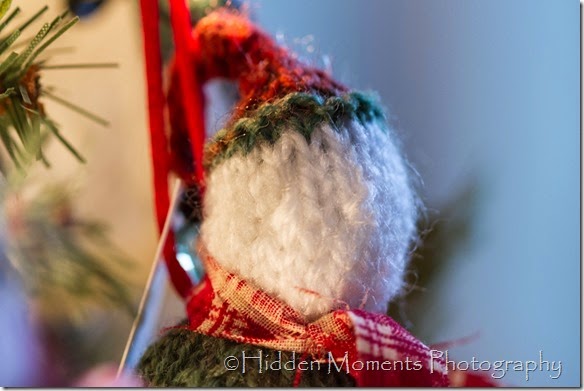 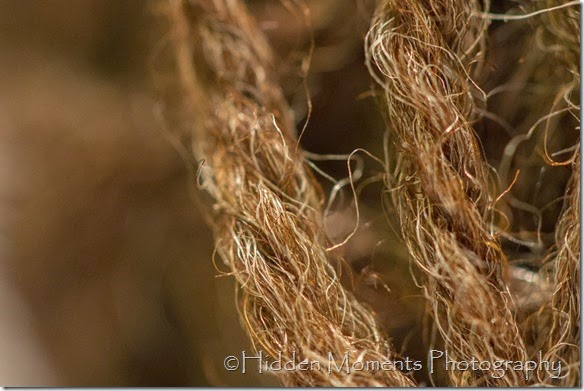 You are going to get SO sick of macro pictures of everything in my world. But I really don’t care. Oh my gosh I have always loved macro photography and I can hardly wait to explore.

Now if I can just find the time.

Does someone have a few extra hours that I can borrow…or days.

Add It To The Collection

It’s that day of the year again.

The day where, here at Chez Knit, there is much food and laughter and stealing of the most generous and gentile and kind sort…..

You didn’t really BELIEVE that last part did you? If you did then you must be new here.

Stealing, especially of the Christmas ornament kind, is not all that kind around here. It is rather ruthless if truth be told.

Let’s walk down memory lane shall we….

We Need The Ornament Police!

And so we come again to that time of year when I have to put my little artsy cap on and think of an ornament that I can produce and then give to all who come to this crazed house of Christmas cheer. And every year I think I am not going to get all of them done. I start thinking about them in September…and then I forget. I remember again sometime around the first part of October…and maybe start on them. Then around the middle of October I start to panic because I know that if I am not fully into ornament production by November 1 then I am in a deep pile of steaming doo doo.

This year…….I was done BEFORE Thanksgiving. All done. All tagged. All wrapped. I am sitting here in a nice haze of self congratulations because I wasn’t up til the wee hours yesterday trying to get them done. Don’t laugh….it has happened before.

And so, as you do every year, I am going to give you a sneak peak.

These things are so stinking cute.

Hope and Lauren, if you are here and peaking you need to stop right now. 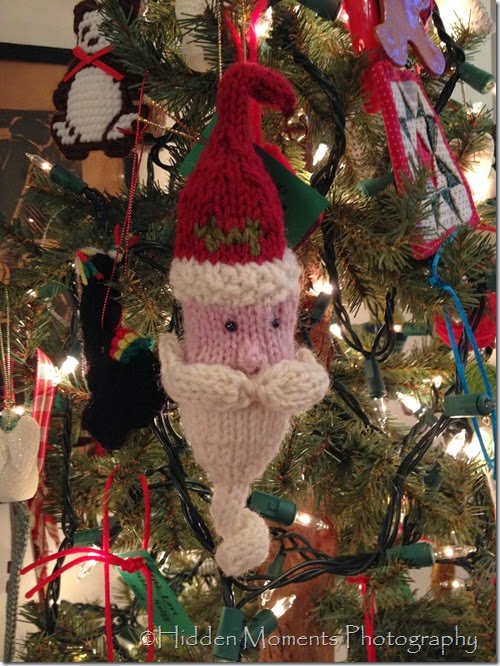 If I recover tomorrow I will tell you ALL about it.