I Didn’t Know You Could Get Yarn Out of There

Yeah, yeah…I know. I haven’t been here for almost two weeks. I am giving myself a dope slap. I have about five blog posts almost finished….I just haven’t hit the “post” button yet.

But I am here today and I want to ask you a question.

What does it say about me that I want one of these so badly? 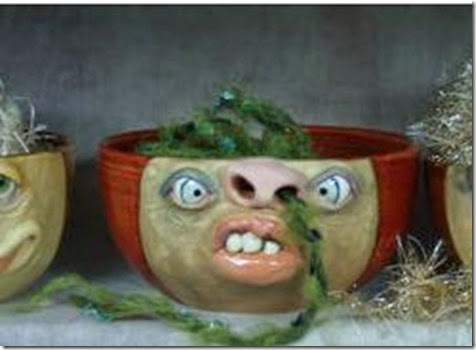 Every time I go onto Etsy it is there in my “favorites.” I swear that one of these days I am not going to be able to resist any longer and I am going to buy it.

It speaks to me.

This post is about Star Wars. You have been warned.

I might have mentioned somewhere along the way that I am a rather big (in the love sense not in the size sense) Star Wars fan. I am not going to go to any fan conventions and you won’t see me slipping on my “Leia buns” of a weekend….

But I love Star Wars.

And I have a legitimate claim to loving them because I saw Star Wars IV: A New Hope, or as we knew it then, Star Wars, 7 times the summer that it came out. Yes, seven times thankyouverymuch. We saw it the week that it came out and there was nothing else like it. The first time those words came rolling across the screen and the music started, life was never quite the same for me moviewise. And perhaps I saw The Empire Strikes Back just as many times when it came out….plus there was that, cough cough, bootleg copy that I borrowed for a while from a patient of my father’s.

Longtime, legit Star Wars fan. I might have drawn Cartoon Girl into the cult…that cannot come as a shock to you.

So when the “prequels” came out there was much anticipation in our household. How could we not love them. And then we saw The Phantom Menace. What a steaming pile of Bantha doodoo. Really George Lucas?!? Mitachlorians? JarJar Binks??Not even the cool Sith Lord’s apprentice couldn’t overcome the disappointment. Attack of the Clones and Revenge of the Sith were better, barely, but it was decided that George Lucas should never be allowed to write a script for Star Wars ever again.

And then, there was a divergence in the Chez Knit force. George Lucas decided that he was going to digitally remaster the “original” three movies, adding some scenes and tweaking some things. I didn’t really like that idea but those are his works and he can do as he chooses. It sort of seemed like da Vinci saying he didn’t really like how the Mona Lisa turned out and he was going to add some things.

Cartoon Girl had a completely different, and shall we say more forceful reaction. She declared that she would never watch the remastered ones EVER! She owns my original VHS tapes and I am not sure she has ever seen the “newer” versions of them. You will need to ask her.

And now we get to what I really wanted to tell you about. It only took me about 300 words to get there. Not bad I think.

It has been MANY a year since I have watched any or all of the Star Wars ouvre. I just couldn’t think about putting Star Wars I, II and II before the frankly older but better IV,V and VI (using the George Lucas numbering system. Don’t get me started on that one!) But awhile ago I heard rumblings and writings about a different way to shuffle the movies around that actually made better sense. Way, way, way better sense.

For a full description of Ron Hilton’s reasoning just click on the link above. It is too involved to sum up here but let me just say that the man is a genius.

This weekend HHBL was at a conference. So once I had done all the things I needed to do on Saturday I decided to indulge myself and watch Star Wars in Machete Order. It took me two days but I have done it.

Why Machete Order? If you look at the order that I watched them in you will understand.

What is missing? Why Machete? If you look closely you will see that Star Wars I: The Phantom Menace……is completely gone. Erased. As if the mitachlorians and JarJar Binks had never existed. Well, you have a bit of old JarJar in III, where he is hoodwinked by the Emperor, but other than that you are back to pretty much the basic story.

Treat Star Wars II and III like flash backs after the startling revelations at the end of V and the story flows much better. You still have to deal with some of the stupid dialogue that Lucas wrote. And there are a few inconsistencies that cannot be digitally remastered out. But other than that……

I am a much happier Star Wars fan. Try the Machete Order. It is much better to cut out JarJar that to cut out Star Wars completely from my life.

Email ThisBlogThis!Share to TwitterShare to FacebookShare to Pinterest
Labels: Movies

A Gem Of The First Order

One of the good things about the whole “re-naming the photo folders” endeavor is that I actually sit and look at old photos. This is generally how the progeny felt about having their picture taken for the umpteenth time on any given day.

Or it may just be their natural reactions.

I am afraid to ask.

What is Really There.

Sometimes, it is only when we look very closely, that we can see the cracks. 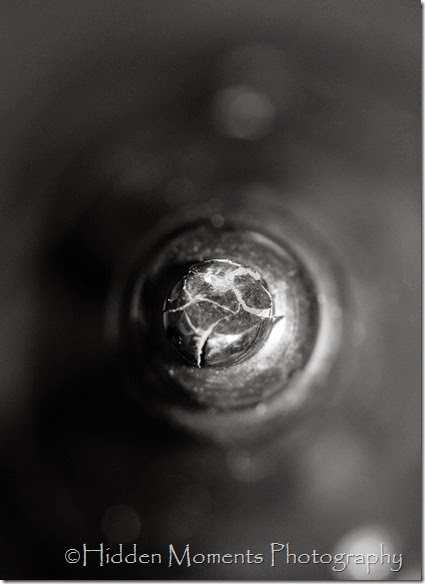 This is the top of my very old silver salt shaker. You wouldn’t know, unless you looked with the help of a macro lens, that there were even any cracks.

Sometimes I think it is the same way with people. If you take them at face value you don’t see that we are all broken in some way. It is only when we slow down and take the time and really observe….

That we see what is really there.