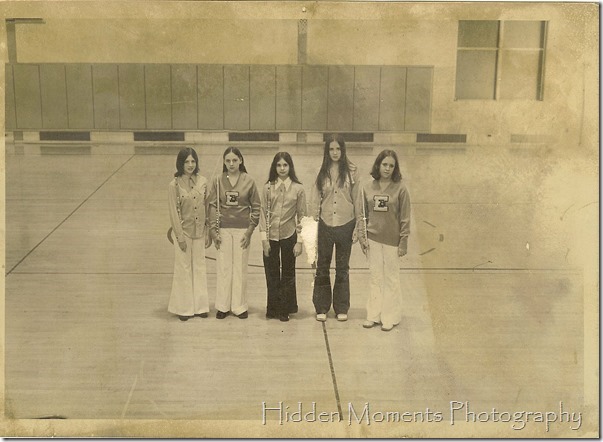 Oh a GEM from the archives. I am actually the adorably awkward flutist on the far right. Don’t I look SOOOOOOO happy to be wearing white bell bottom pants and a scratchy wool V-neck sweater with nary a tee shirt underneath.

I am not sure exactly why this photo was taken although I think it was after some sort of Fall band concert. Somewhere in the back of my feeble brain is the thought that I participated in some sort of Flute Ensemble and that we played something that I really never bothered to practice very well.

Or is that just the dream that I had last night?

Can anyone remind me who the other people are in the photo?

I have done a bit of preliminary work on the photo but it still needs some MAJOR help. Just like the flute that I am clutching.

Does anyone need a slightly….ummmmm……

It isn’t bent all THAT much. There is just sort of a crease in the flute.

I DIDN’T bend it….that might have happened when TMO was using the flute.

A flute does not do well when it is used as a club on your sister.