Day 90–Master of All He Surveys 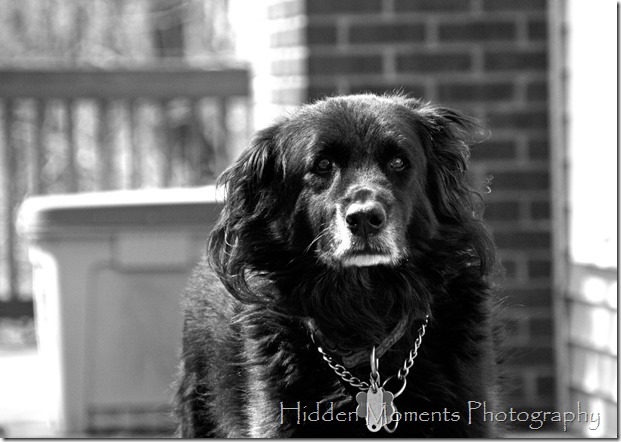 Max the Magnificent loves most times of the year. But in Spring we all seem to go outside and just stand there and breathe the fresh air after being cooped up in a closed house for 6 months out of the year.

As usual, I had to go about taking a Max portrait from afar. That is why I so love the Tamron 18-270. I was actually half way to the other side of the back garden and he was standing at the top of the stairs to the deck. I turned to the right, saw him staring at me and attempting a doggie mind meld. Camera to eye and SNAP! Thank goodness the settings were about right. I think actually I had the camera in aperture priority at that moment. I love aperture priority. A bit of tweaking and then a bit more tweaking in black and white. Voila!

For all the pictures that I post of the beloved Maxie Poodles, he is rather a difficult subject to photograph. He doesn’t like to have his picture taken and you have to be sneaky about it. If he sees me put the camera to my face and point it at him he turns away and gets all Greta Garbo on me.

I vhant to bahk alone!

But I caught him this time.

It was really only because he wanted to go in, get a treat, be fed, go out again, come back in quickly and get another treat.

The dog does have his priorities.