It is rather for us to be dedicated to the great task remaining before us – that from these honored dead we take increased devotion to that cause for which they gave the last full measure of devotion- that we here highly resolve that these dead shall not have died in vain.
The Gettysburg Address   Abraham Lincoln

As is often the case here at Chez Knit, I got up this morning thinking that I would blog on one thing and then changed my mind mid stream. That is what I like about blogging, I can write about whatever I feel like. What ever I feel is important. And this is important.

I have written before about Congressional Medal of Honor recipients here and here. These young men, and perhaps women some day, do not go out and strive to get this award. They are just doing their duty. Watching each other’s backs. To a man they say, “I was just doing my duty and what any other soldier would have done. There are others who are so much more deserving.” Humble men serving their nation often at the cost of their own lives.

The Medals of Honor that have been awarded in the years since the end of the Vietnam War have been, in all but one case, posthumous. 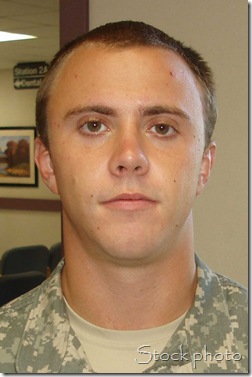 And again today, President Obama will award the Congressional Medal of Honor to the family of Staff Sgt. Robert James Miller who died at the age of 24, on January 25, 2008 in the Kunar Province of Afghanistan. Sgt. Miller saved the lives of 22 others at the cost of his own. When his unit was ambushed, rather than running for cover and safety he ran directly at the insurgents even though there were over 100 of them and only one of him. He died with his rifle in his hands after fighting for 25 minutes and using all of his ammunition and grenades. According to the other members of his unit, for whom he had provided covering fire, there were so many bullets being fired at Sgt. Miller and the ground around him that the dust being kicked up obscured him from view. During this entire time, despite being wounded multiple times, Sgt. Miller continued to call in enemy positions and fire his weapon. The entire narrative can be found here as well as the Official Citation.

Obviously I have not known any of these fine men but this time it feels a little closer to home. Perhaps because at the time of his death Staff Sgt. Miller was about the same age as Cartoon Girl. More likely it is because this young man came from my home town. He attended a rival high school. He walked the same streets that I walked although with a few years in between.

These young men and women who stand in harms way for us should have our utmost respect. If you see a soldier, where ever you are, stop and thank them. Pray for their families. Imagine if they were your children and treat them accordingly.

They are our brightest and best.