I was going to post a recipe today. I had been waiting to see how these things turned out. Waiting patiently for months.

So, back when LookLeap and I were deep into the garden we had a bunch of these 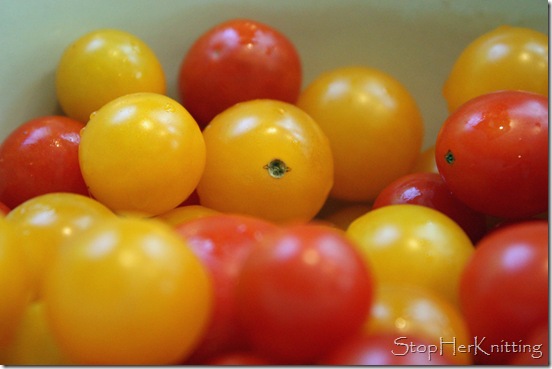 Oh did we have loads of cherry tomatoes. Lovely, sweet little globes of goodness just waiting to be eaten.

I never thought I would get tired of cherry tomatoes but I came close. And there were still so many. And I wasn’t about to skin all of them and try to make sauce with them. And I was in a “making pickles” mode. And then I found a recipe for Pickled Cherry Tomatoes.

Hey, that sounds like it would be interesting. And I love pickles.

And I had just finished making a big batch of these beauties. And oh did they turn out…. 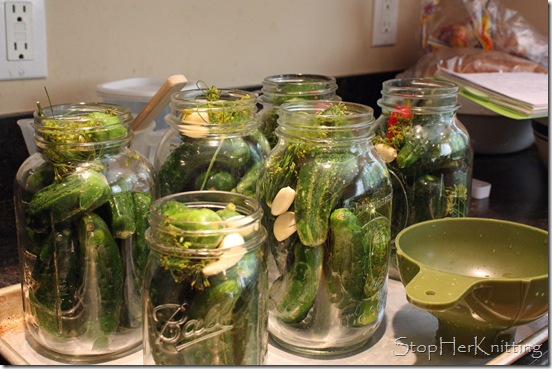 But the thing is, the cherry tomato pickles had to sit for a while. You don’t can them, you just put them in the brine and let them sit in the frig, undisturbed, for at least 6 weeks.

But then the day came.

And I opened the frig door and took out the jar of cherry tomato pickles.

Oh they looked beautiful. The colors were still wonderful. My mouth was watering with anticipation. Pavlov’s dogs had nothing on me! I opened up the jar and took a whiff. Hmmmm, doesn’t smell all that “pickley” but that doesn’t mean anything. I gently inserted my fairly clean fingers into the jar and pulled out a little globe of goodness and popped it into my mouth.

They are not good, not good at all. More to the point they are singularly unspectacular. Not really “pickly”, not really even very “tomatoey” any more. And of course they had lost some of their crispness which I had expected.

Total disappointment. It was like dreaming about all the things you were getting at Christmas and then waking up in July.

And so there will be no recipe today. It has been exiled to Pickleberia where all bad pickle recipes go never to return.

And I still have two jars of mediocre at best Pickled Cherry Tomatoes.