The Garden Time is Waning.

I will be honest and say that I wasn’t going to blog today.

I know, I know. I didn’t want the world to stop turning on it’s axis and the space time continuum to develop a large rip so here I am. It is just that this time of year I have to fight off my inner “bear hibernation” tendencies when it comes to getting anything done.

I need more sleep. I need more carbs. That must be why I have been baking bread today and then decided that I also needed to make rolls for the BBQ pork sandwiches that HHBL and I are having for dinner….with cole slaw made from my one cabbage from the garden.

Over achiever much Deb?

Thank goodness I don’t feel the urge to go out and forage in the forest for berries and such. That is hard to explain to the neighbors.

But speaking of the cabbage, that brings me around to why I have really called us all here today. The garden and what might be the final garden update for the year. There may be one more but I am betting not because….

It is getting a bit sad out there and things are winding down. Our plot is sort of like a little old lady now, past her prime, too much lipstick and blush on but still with something to give to the world.

I can’t believe that I actually just wrote that sentence. However, I am just too tired to delete it so there it stays in all it’s flamboyant glory. 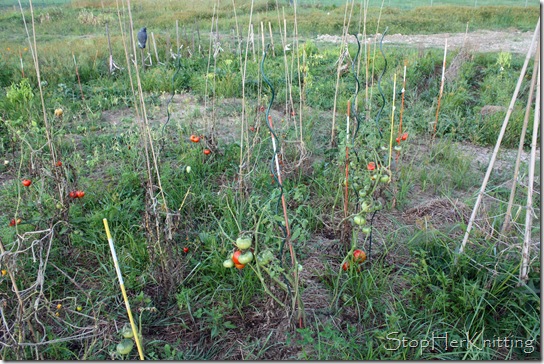 See there are still loads of tomatoes that need harvesting and there are bunches of green ones. Yes those are weeds, what of it?

We are growing weeds so that when the gardens are rototilled in the spring that there will be loads of nutrients to enrich the soil. That’s my story and I’m sticking to it.

LookLeap is a much better weeder than I am. If you could see her landscaping as opposed to my landscaping you would know what I mean on this one. 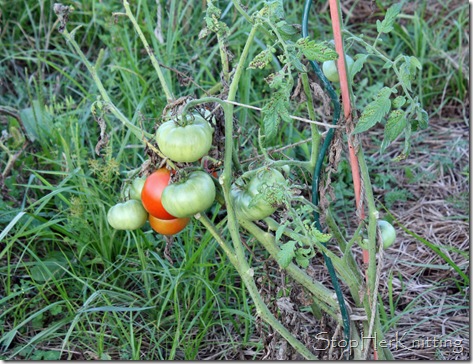 Yummity Yumster. I do love tomatoes fresh off the vine. We had BLT’s last night and it was just so summer. That is probably why I don’t ever make BLT’s in the winter time. It just isn’t the same. 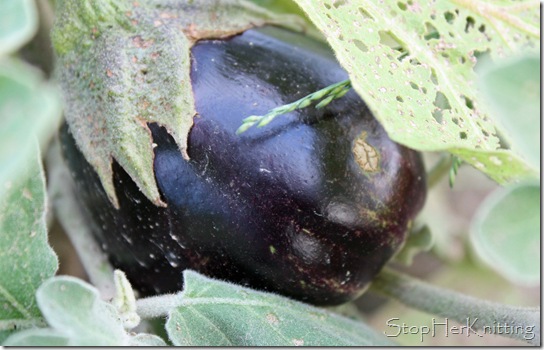 Yes there is one lone eggplant struggling to grow up enough for us to rip it off the plant, take it home and eat it. Do you think it knows what’s coming? Neither LookLeap or I are overly fond of eggplant I have to say. It isn’t the taste that is the problem for me it is sort of the texture. But we have decided that if this thing can grow big enough that we are going to have it for lunch as Eggplant Parmagiana (is that how you spell that?) with some homemade sauce. I can live with it. Throw in a glass of red wine and we will be all set. 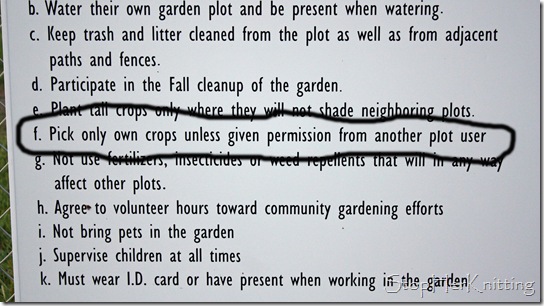 And finally, just a couple of weeks ago or so, when the growing season is almost done the Community Garden Committee saw fit to put up a big sign with all the rules. Look closely at the rule that I have so crudely circled.

That seems to be a rule that some in the garden are having a hard time remembering. We seem to be short on a number of just ripe peppers. And someone has helped themselves to our remaining cherry tomatoes.

I would dearly LOVE to talk to these people.

And so our first year of gardening at the community garden is almost behind us. It has been loads of fun to get out there and dig in the dirt with LookLeap, that slave driver. And despite our having to deal with being in a flood plain it has been fun. We are already discussing what should be planted next year.