I think it is time for a garden update don’t you?

You do don’t you?

I mean, you do want to know what goes around here at Chez Knit and my daily struggle to find peace and harmony through the heavy use of pointy sticks and the Elixir of Life. 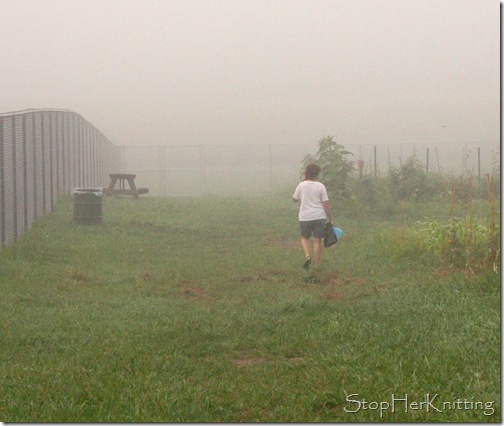 It was a tad foggy when LookLeap and I ventured forth to see what was worth picking. 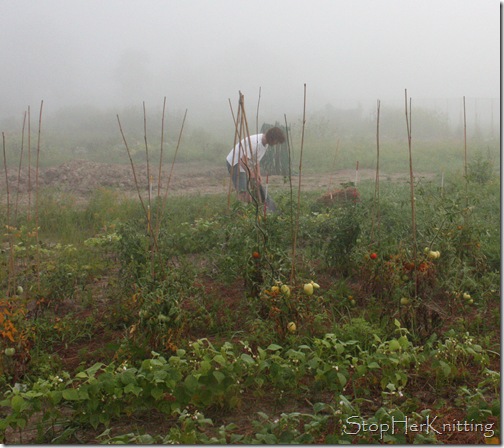 There might have also been some weeding going on. But I was so busy taking pictures that I “somehow” managed to miss out. LookLeap just let me get away with it. She’s not the boss of me……most of the time. 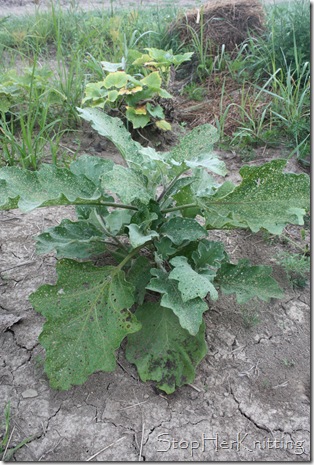 The eggplant is growing great guns…but I think we won’t get much since these were planted so late.

We didn’t know what they were when we planted them and neither one of us is all that excited about eggplant. 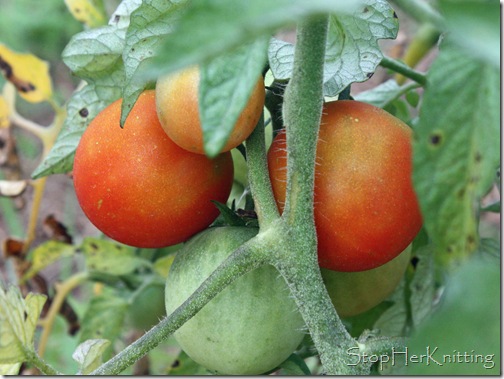 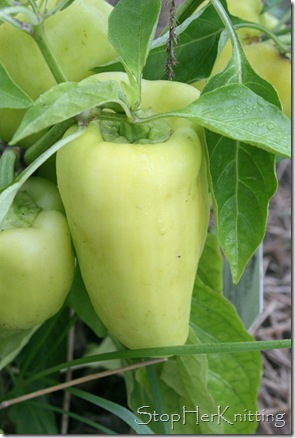 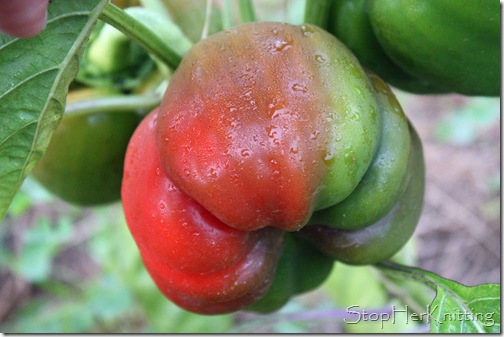 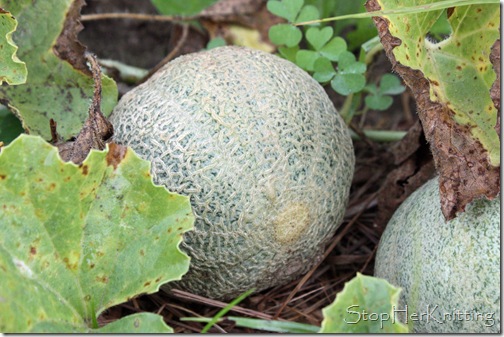 But all is not well in some areas of the garden. No, we have had some issues. Some failures. 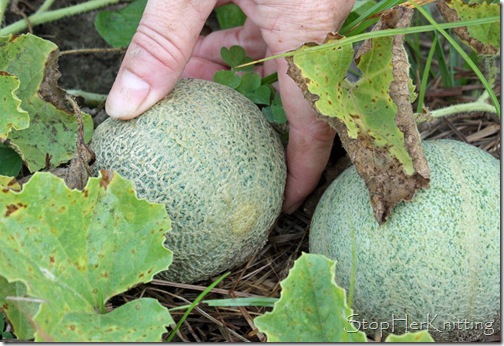 It is all about the perspective don’t you know. These may end up being delicious but let me tell you they are really small at the moment and starting to get that veining that points toward maturity. 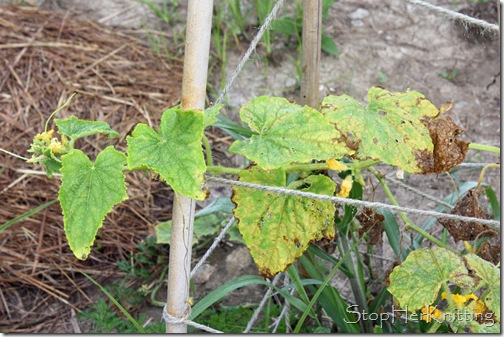 There has been a fairly epic cucumber failure much to my dismay. I have never had it happen but this year……BUPKISS! 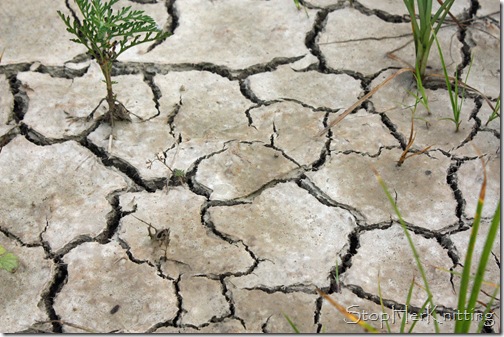 Look! We are gardening in the Great Mohave Desert. Actually there is a section of the garden that has had great and swampy water issues. Issues not of our making I might add. We are talking to the people in charge of the community garden to see what can happen next year. Because of the, at times, standing water we have lost a number of plants. 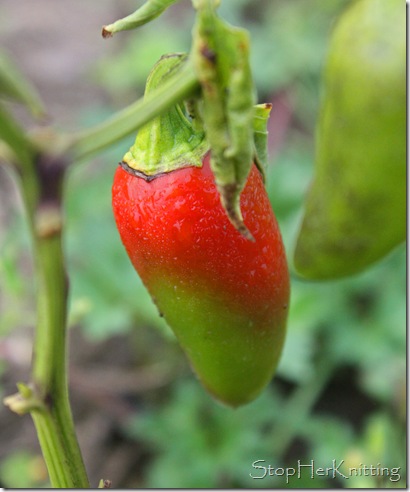 He may look happy but he is not. These are just about the only peppers that have survived and the plant is essentially dead and has been for a while. 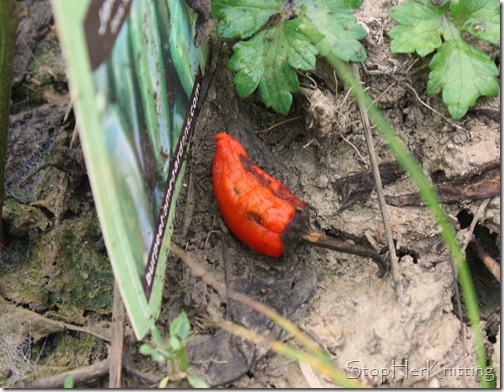 This fellow tried to escape…….but didn’t make it. His memorial service will be next week. 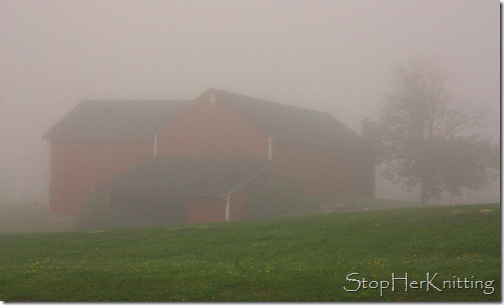 And as I left, in the fog, my mind was on the next time that I could have a BLT with tomatoes from the garden and homemade bread……

And if I could make my own bacon I would.
Posted by Debbie at 11:27 AM