Last weekend here in the Frozen Northeast Ohio was…..

We just do not get a ton of days where the sky is totally cloudless, there is little to no wind and the temp is 78F. They are just so rare. And we had an entire string of them. That frightens me. Is it our calm before the winter blast?

So HHBL and I finally got to do our little bike jaunt down The Ohio & Erie Canal Towpath Trail. There was no way we were going to hang around home and do things like mow the lawn or cut back bushes!! So we loaded up the bikes in the car and away we went. We were too lazy or too eager to put the bike rack on Coco so we just shoved everything into the back and raced down the road. We parked in our usual spot, under the overpass in Valley View, hopped on the bikes and off we went.

We were so incredibly daring that we left our helmets in the car. Take THAT head injuries. You don’t scare me. I craved the feel of the wind in my hair and the freedom of the open road. 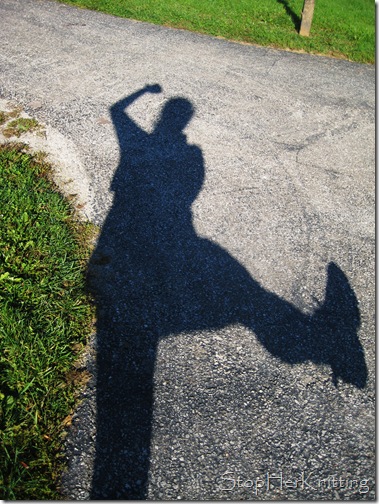 I am ready to go! In fact by the time this picture was taken I had already ridden several miles. I was filled with bikerly joy. 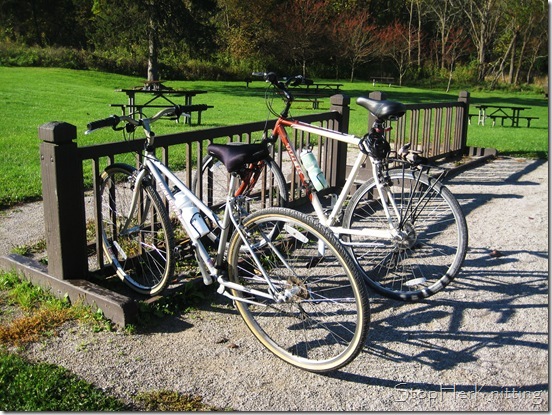 Hi Ho Silver and The Sissy Bike had a slight rest while the facilities were used and the map was consulted. Not that we didn’t know where we were going but it is always good to have a map along. 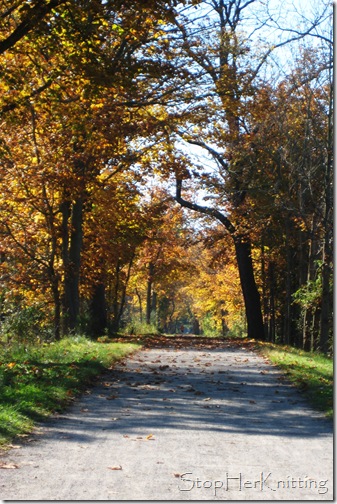 A picture perfect day for a bike ride.

But don’t let this picture fool you. There were very few times during the course of the ride where we had the path all to ourselves. There were others. Many others. In groups. In pairs. In packs. Singletons.

A word about the boy scouts. The Scout masters were striding along. The Scouts were dragging. And as I zipped past the last scout in the line he gave me a beseeching look and rolled his eyes as if to say…

Help Me. I don’t want to be here. I want to be home eating chips and playing video games. Take me with you!

I deduced all of that as I raced by at 12 mph. I am good with those kinds of deductions. 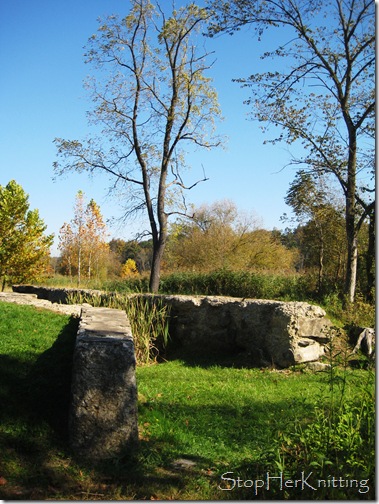 The path runs beside the Ohio and Erie canal. Parts of it still have water in it. Parts are sort of stagnant. And parts, like this lock, are dry. Really The Ohio & Erie Canal Towpath is one of the best parts about outdoor activities in the Cleveland area. A wonderful resource, along with the Cleveland Metroparks for all things outdoor.

Often times you will have the canal on one side and the Cuyahoga River on the other. There are Great Blue Herons, Bald Eagles, beavers (I wrote Biebers at first. I don’t think so), and various rodents. 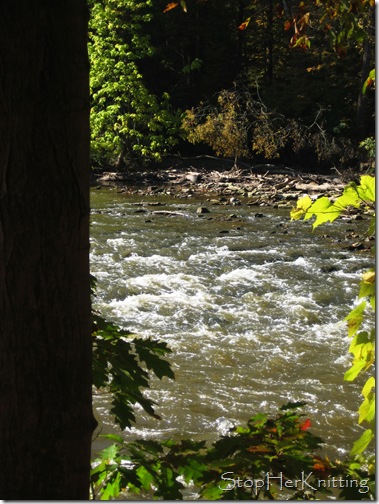 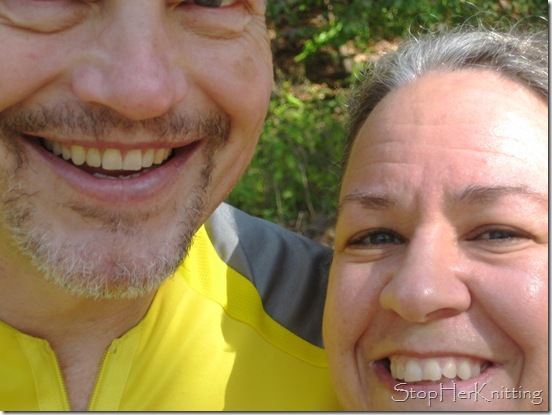 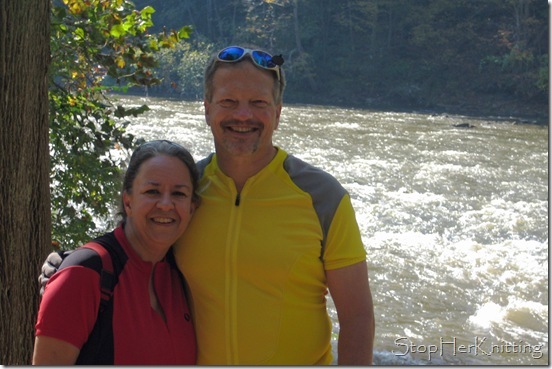 Of course we had to stop at our favorite place for lunch. 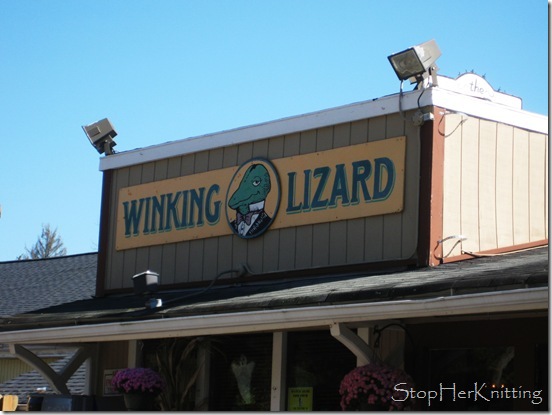 They have seriously good wings. But I didn’t think that a plate of 911 wings would help me ride the rest of the path. In fact, I have never been able to eat more than one 911 wing. It is an experience that is not to be missed. I had numb lips for hours. 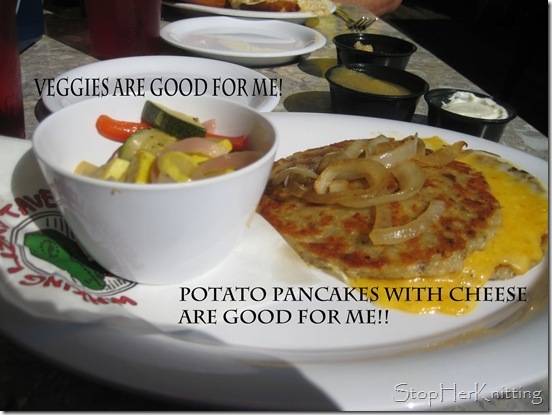 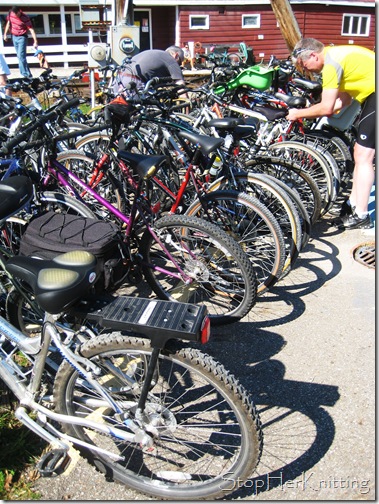 When we went in for lunch this place had a few bikes but it definitely wasn’t full. When we came out 45 minutes later it was a mad house. There was pushing and pulling and jockeying for position and bike placement.

OK, not quite that bad. But it was like the Wally Mart parking lot on a Saturday afternoon with people circling and circling waiting for just the right parking spot. Some people just gave up and parked wherever they wanted.

So after lunch it was back on Hi Ho Silver for the last 10 miles or so…..

And I wanted to crawl.

And I fell behind a bit.

And I whimpered a lot.

And I cried for my momma.

But I finally made it to the North Akron station where I knew that salvation, in the form of the Cuyahoga Valley Scenic Railroad, would be waiting for me. For a mere $3/person HHBL and I could ride the train almost all the way back to our car. It is one of the best deals around. You wait at the station, they load your bike onto the “bike car”, you get in the “bikers car”, you hand the attendant $3, you find a seat and ride until you get to your station. Sweet!

Or it would have been if the train had been on time. 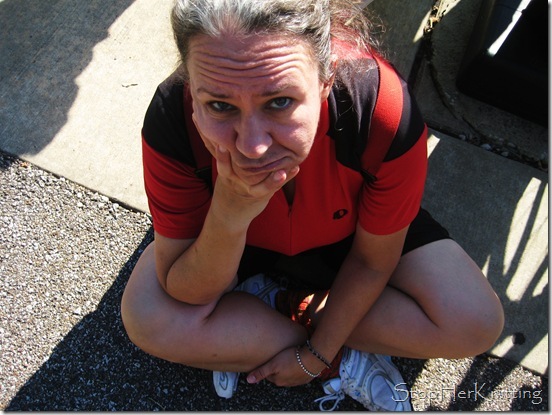 The train is an hour late thankyouverymuch.

It was a gorgeous day and we were not the only ones who had the idea to bike the Towpath or ride on the train. The station was overflowing with bikes and riders and families and Red Hat ladies and tour groups. 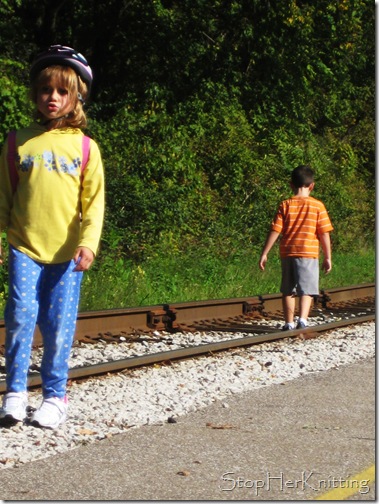 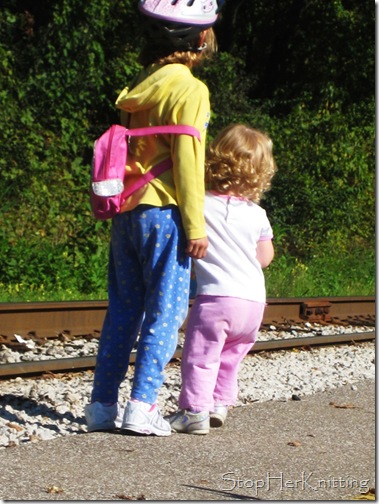 Hey Honey? While we are waiting let’s let the children play on the tracks.

And as the minutes ticked by HHBL came to the realization that he could get on his bike and ride the 27 miles back and probably get to the Rockside Rd. station before the train.

HHBL: Do you think that sounds like a good plan oh Love of My Life (that would be me).

Me: So you mean that you would get on your bike and ride back north and leave me to ride the train alone.

Me: That would make me very unhappy.

HHBL: Ahhhhhh. So I shouldn’t do that?

Me: No. It would make me VERY unhappy.

HHBL: Ummmmm. Well I guess I won’t then.

Finally, when all hope had almost been lost, the train arrived. 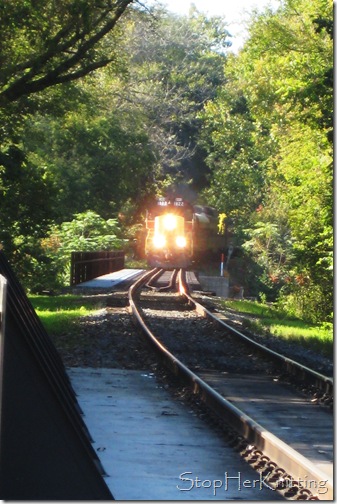 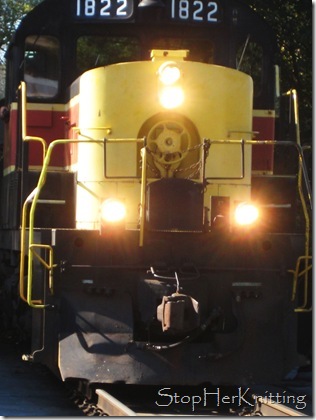 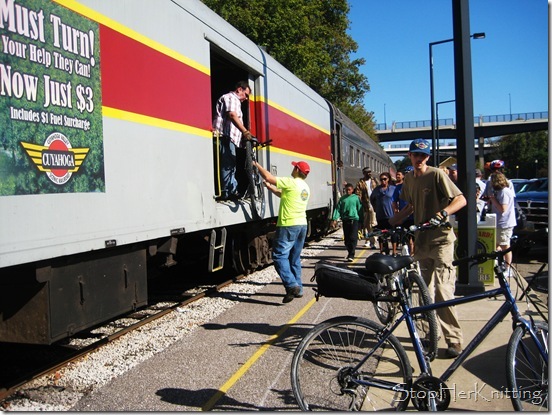 Yes, HHBL would definitely have made it back to Rockside Rd. long before the train.

But it still would have made me very unhappy.

And I didn’t want to be unhappy after such a wonderful ride.

Oh, we stopped for ice cream on the way home. But I didn’t take a picture of that because I was too busy eating.

Email ThisBlogThis!Share to TwitterShare to FacebookShare to Pinterest
Labels: P2P