Are There Ornament Police? 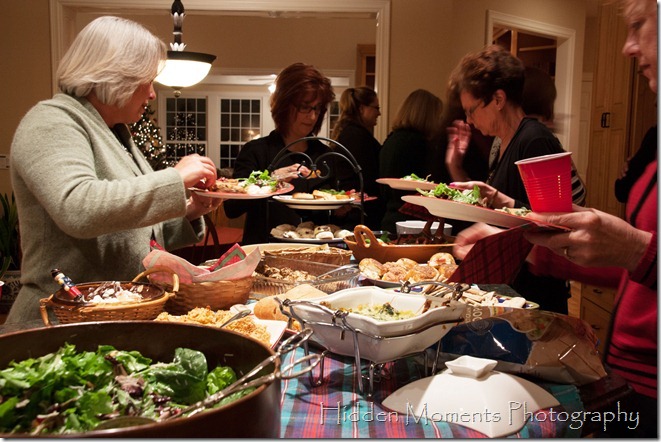 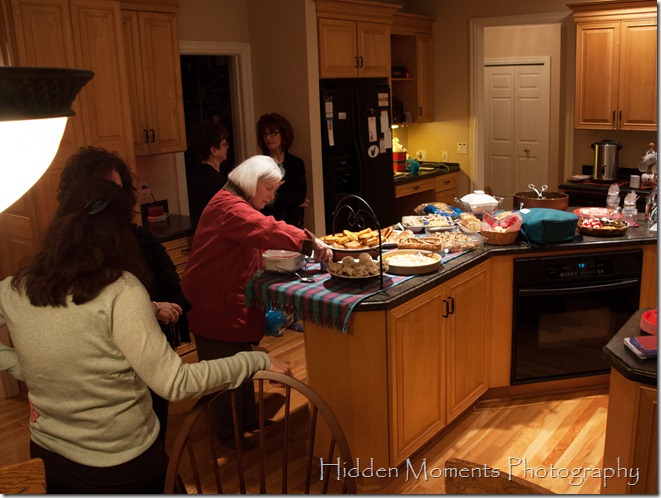 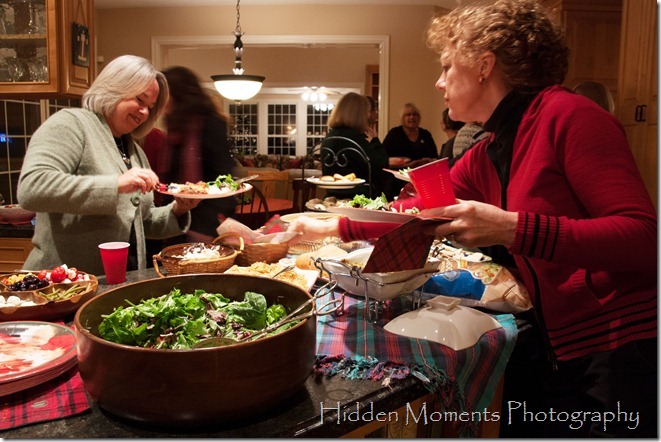 As usual I made too much food, well all except for the salad where I actually didn’t make enough. That happens every year. And I always think, when I look at the spread of the food that I made as well as all the food that others have brought that we won’t get any of it eaten….. 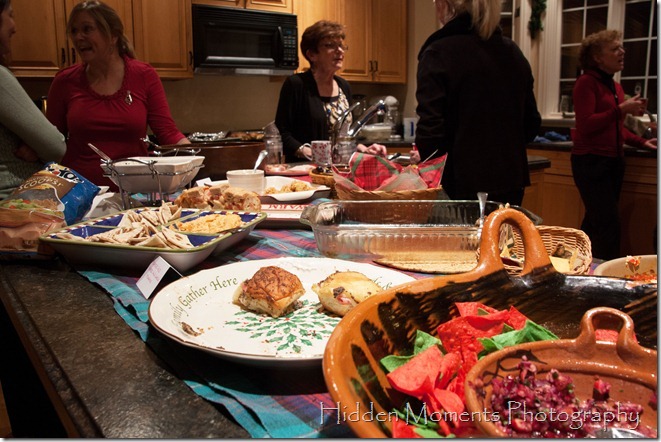 But we manage, oh yes we manage. Theft requires great stores of energy.

And then it was on to the main event. We were reminiscing about the first couple of years of exchanging ornaments, when people seemed loath to actually steal someone else’s ornament.

We seem to have overcome that.

Let’s see what happened shall we?

Oh and I should tell you before hand that these are not my best pictures because, frankly, I was laughing so hard at times that I couldn’t think straight, let alone meter the camera correctly. 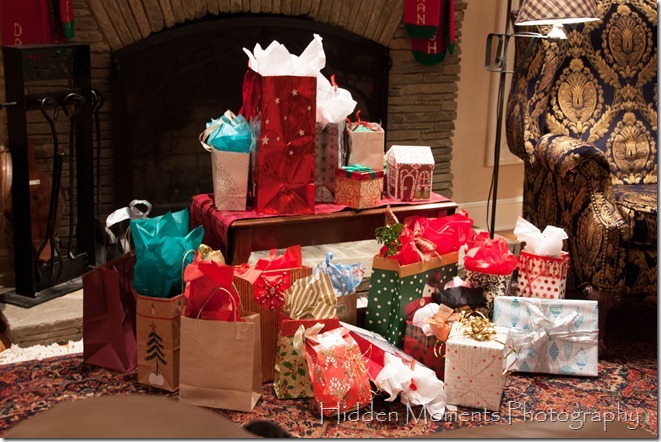 Ohhhhhhhh such a pile of presents. 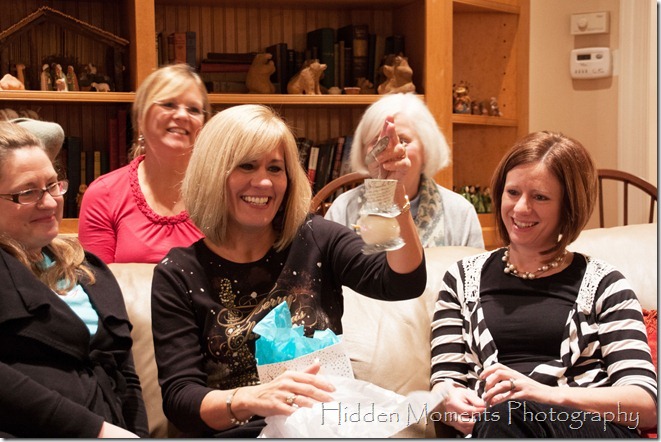 Carolyn went first. Oh that is lovely….and it was immediately stolen. 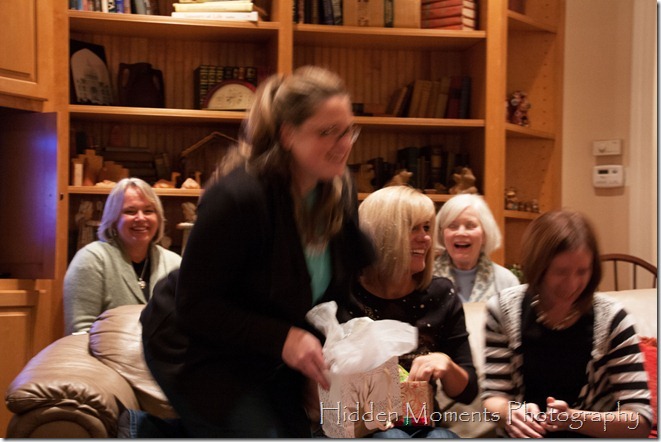 And then Heather stole that same ornament again so it was hers forever and ever and ever. 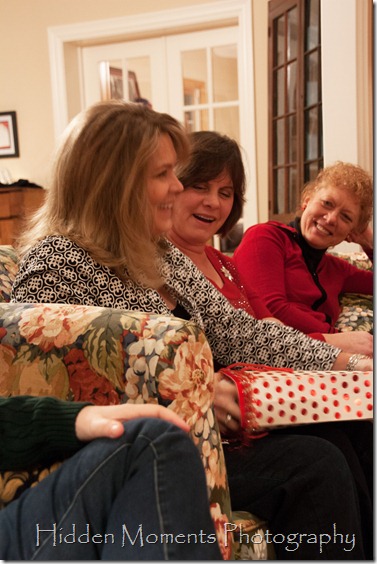 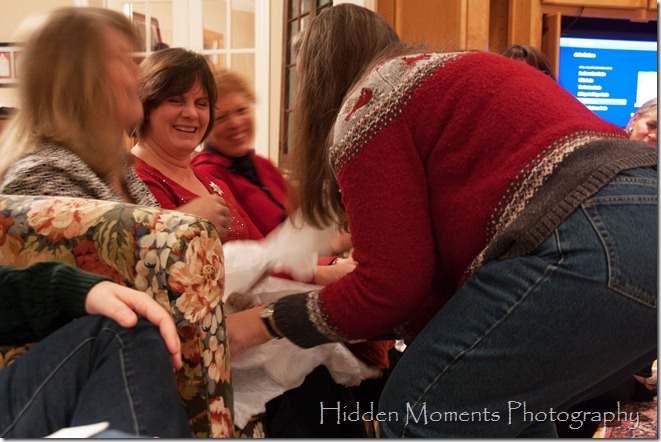 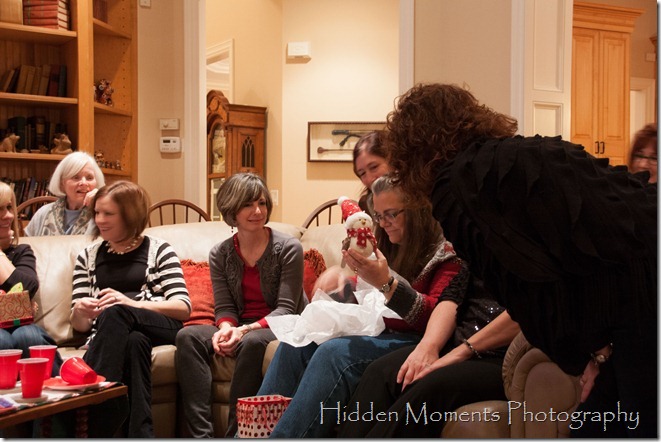 Kelly picked a lovely ornament which was almost immediately stolen by Annette.

And then there was Kim. Oh Kim. Poor Kim. 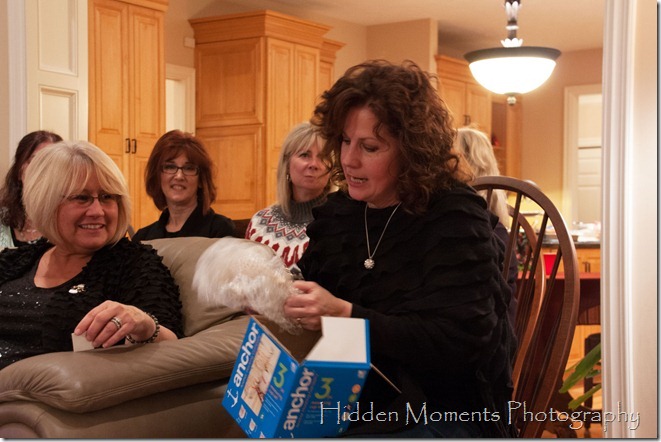 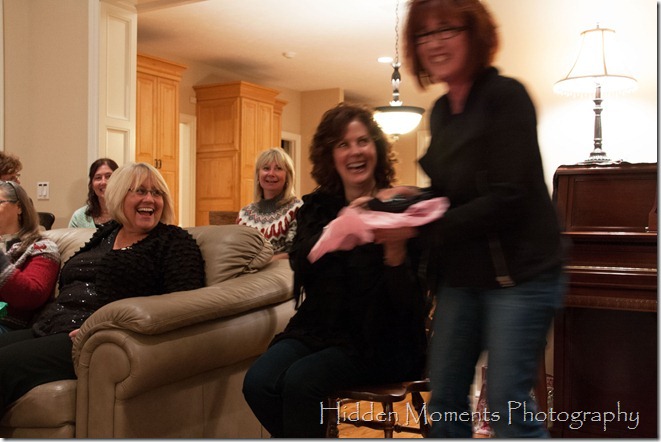 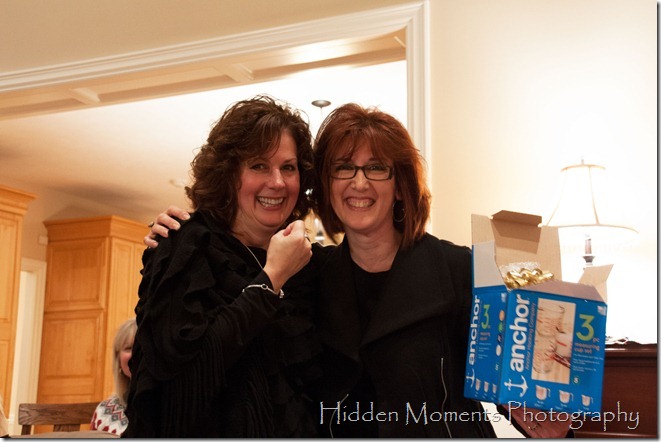 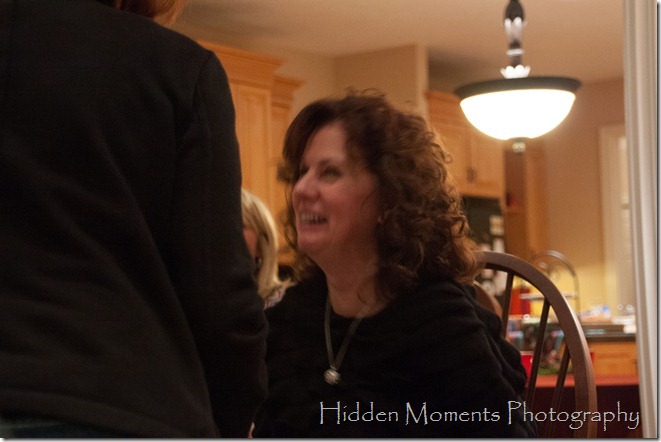 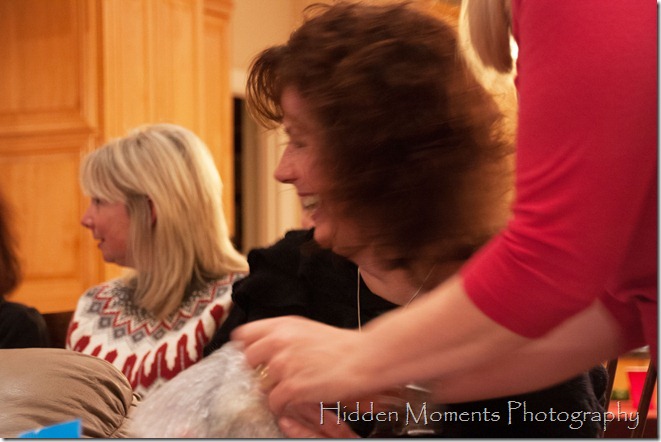 We stopped counting the ornaments stolen from her after the fourth time. 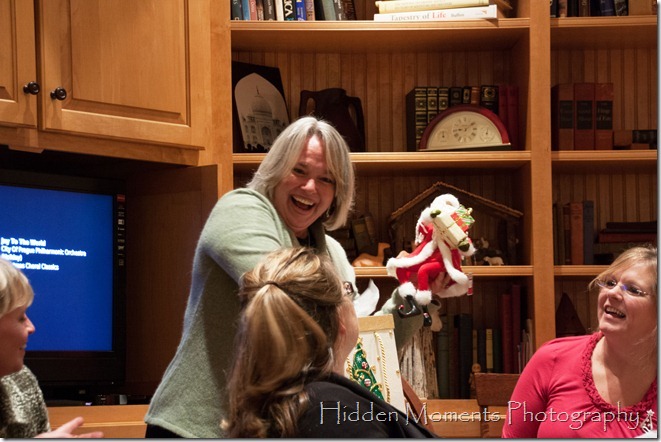 The Elf went from Anne…. 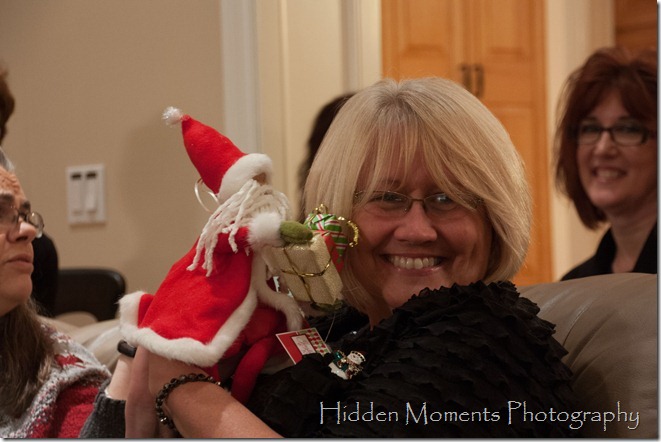 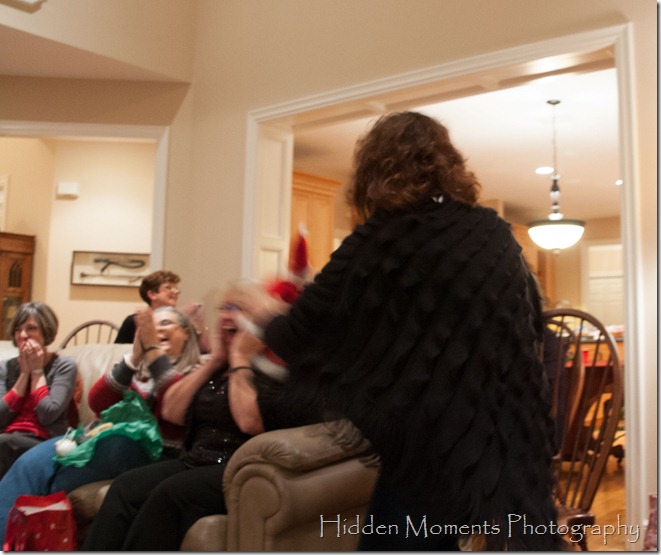 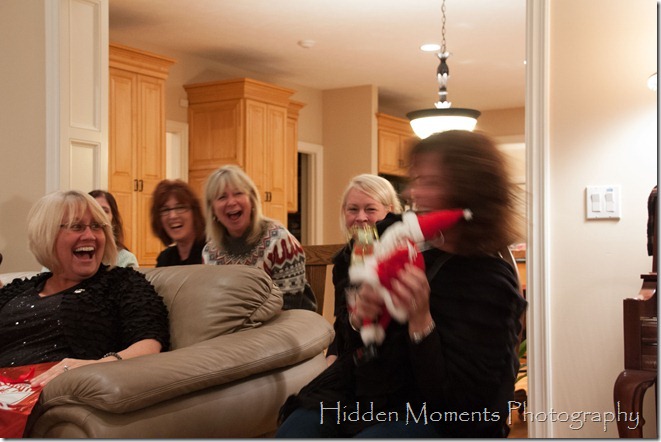 To Kim in a very short period of time. Kim swooped down on that thing like a buzzard on road kill. And since it was the second “steal” he was all hers. 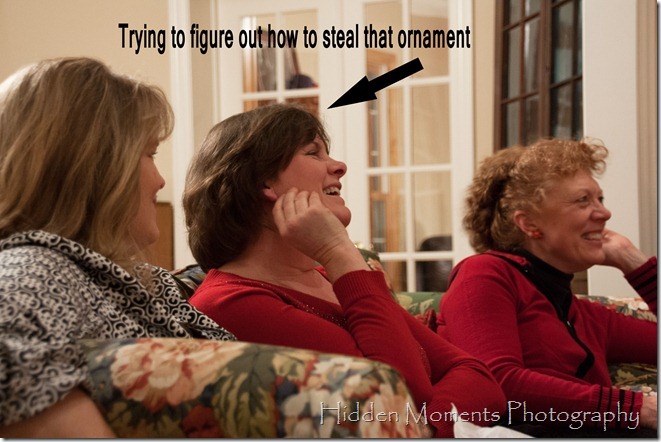 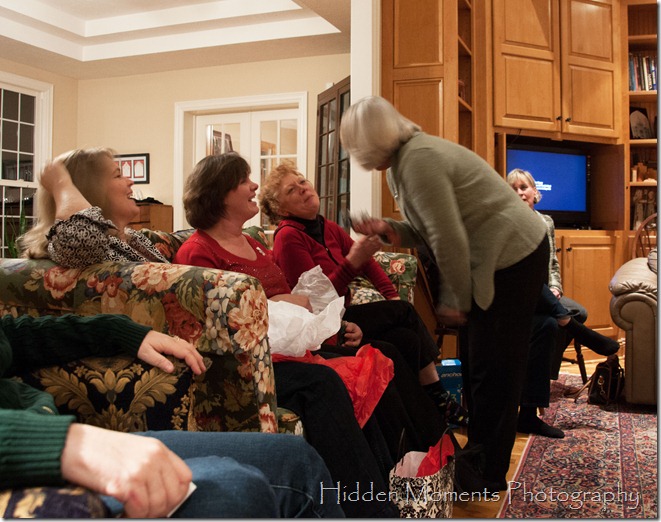 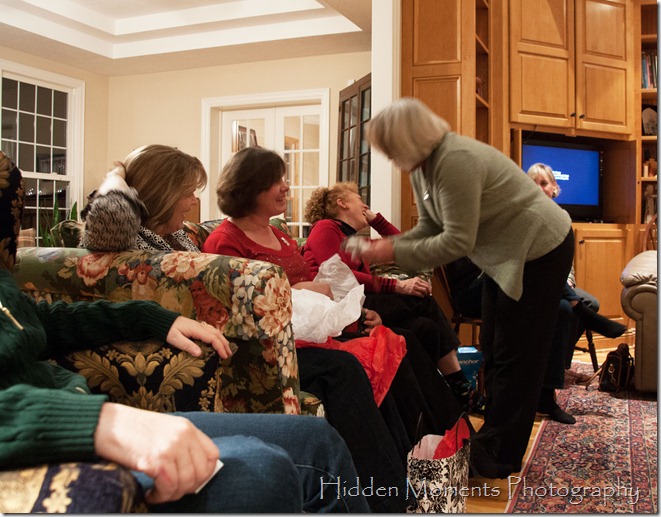 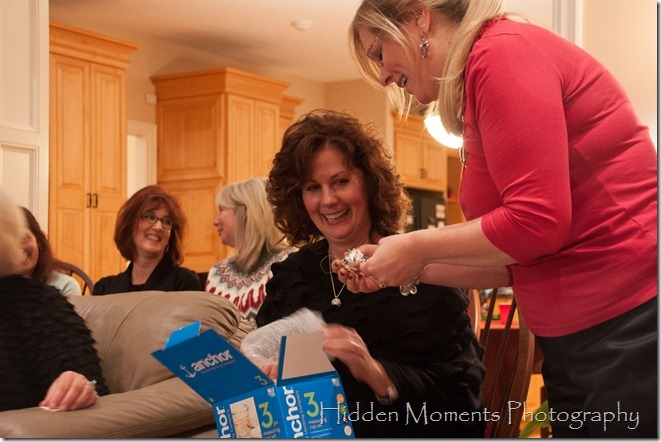 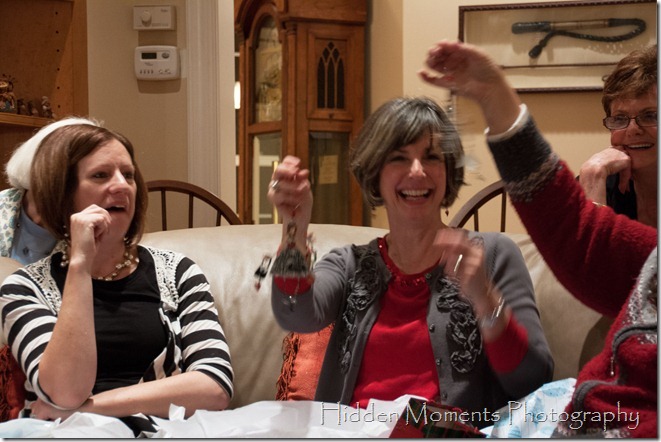 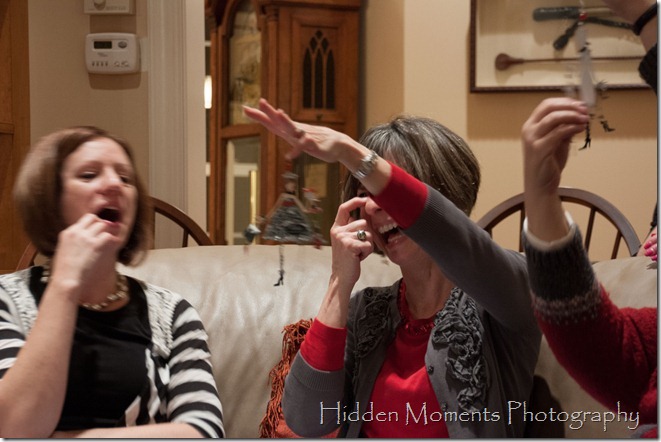 Sue couldn’t decide if she wanted these as ornaments or earrings. She is awfully fond of dangly and sparkly things. Especially if they have a pig on them. Or shopping. Or sparkles. 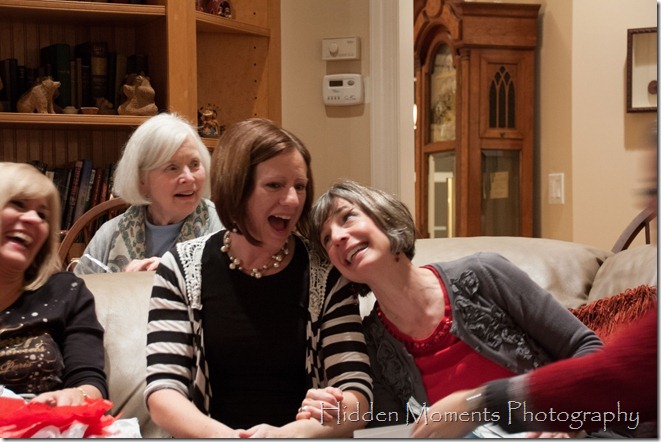 You will still love me even though I might steal your ornament won’t you? 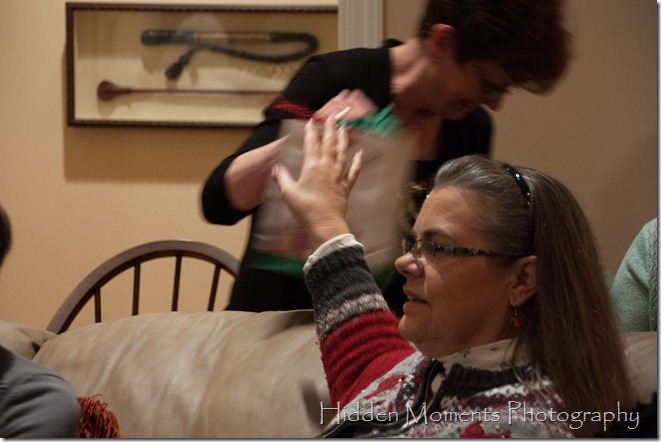 Take it! Just take it! I will steal someone else’s. No problem.

And finally, all the ornaments were stolen ready to go home with their new owners. And it was time for the group picture. 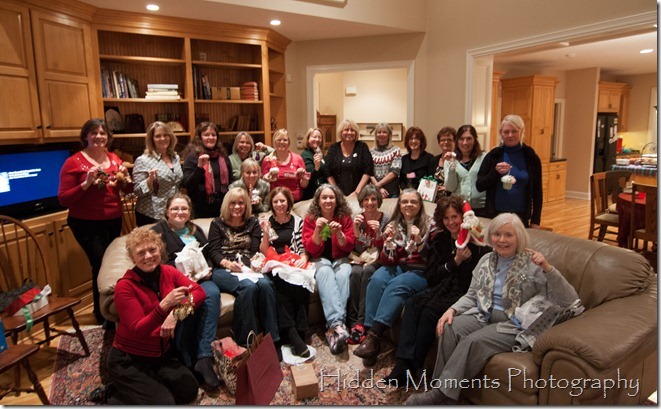 What can I say. I love my friends.