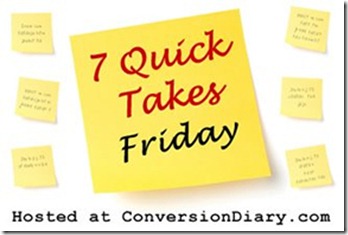 It is hard to believe that it is less than a week away from Christmas. And the world seems to still be standing despite what the Mayans might think. So brew up some coffee and when you are done wrapping up all the blather here contained make sure that you click on the picture above to be whisked, as the speed of the disappointment spreading through all those who thought they wouldn’t have to buy another calendar, over to Conversion Diary.

The world can’t end! I have too much blather still to spread.

1.
The progeny are all home for the holidays!!! You can always tell that they are home because 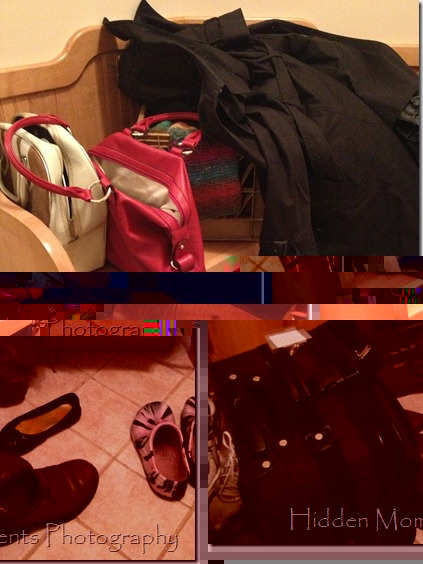 The back hallway and bench are suddenly awash with shoes and coats and purses and other stuff.

2.
Can I just say that one of the things that I love the most about the end of the year craziness is all the “lets wrap up the current year” lists. I am having trouble getting stuff done because I will sit down at my computer for just a few minutes and then get sucked into lists of 2012 “best books” or 2012 year in pictures or some other list.

I just cannot help it. I have always been a sucker for any kind of list. I used to own all the “Big Book of Lists” and poured over them.

You don’t have to tell me that I am a nerd. I can hear you saying it you know.

3.
It looks like we will be having a White Christmas after all. There is a little skiff of snow on the ground at the moment but we are expecting more by tomorrow night. It is hard to tell how much we will actually get here at Chez Knit because we are sort of in “Snow Belt No Man’s Land”.

Our house is about a mile from the Geauga County line and Geauga County sits right in the snow belt. It is not uncommon for our house to get an appreciably larger amount of snow than people on the other side of our town.

You just never know what you are going to get. And I am trying, at this moment, to talk myself into going for my walk while it isn’t actually snowing. As with any snow belt area, and you know this if you live in one of the four “lake effect snow” areas in the USA, the snow comes in bands or waves. And it isn’t uncommon, during a Lake Effect Snow Warning, to have it be snowing at a rate of 2 inches an hour and then look out 15 minutes later and see patches of blue sky before the next band hits.

It isn’t snowing at the moment so I should probably take a walk.

And as an addition, I did take my walk…but not like I thought I would. I actually had to do several circuits of our street rather than the entire neighborhood as the streets were VERY slippery.

4.
I declare January as Selfish Knitting Only For Debbie month!

And I may cast on an epic project…..that is if I can finally get the Dwarrowdelf Stole finished.

And it is NO WHERE NEAR finished because I have had to work on other projects. But come January baby I am all over the rest of that project and others to come!!

5.
The Elixir of Life post for this morning (because I don’t have a #5 and I am running out of ideas).

The Mayans seem to have been wrong,
About the Earth's last big swan song.
So glad I didn't play along.
With coffee I have survived.

6.
One thing I DON’T like about the holiday season (well other than little old ladies driving 50mph in the parking lot and cursing out other drivers)….it is that I seem to have to go to the grocery store more often.

Don’t get me wrong, I love to go to the grocery store. Ask my mother. It is one of the things that we do on a regular (read daily) basis when we are together. So many aisles full of possibilities. But when I am leading my normal life.

Stop laughing at my use of the word “normal” in relation to my life. Stop it now!

Anyways, during normal life I only go once a week. But not during the holidays. I have to go to the store AGAIN today. I was there yesterday….and Wednesday…..and Tuesday.

We are out of bread and for once I am not going to take the time to make any.

7.
Here at Chez Knit, when all the progeny are home, it is best not to leave your iPhone unattended for any length of time…….. Especially when Cartoon Girl is around. 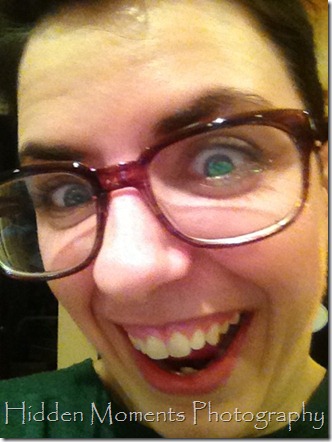 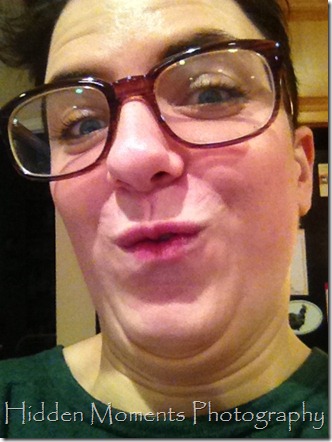 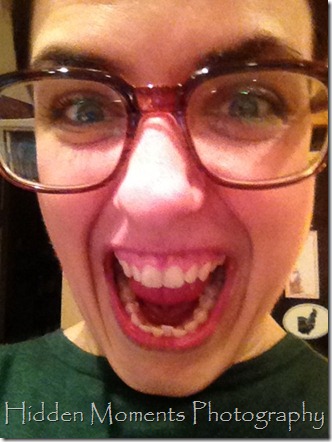 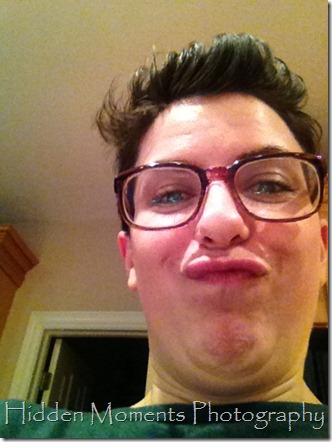 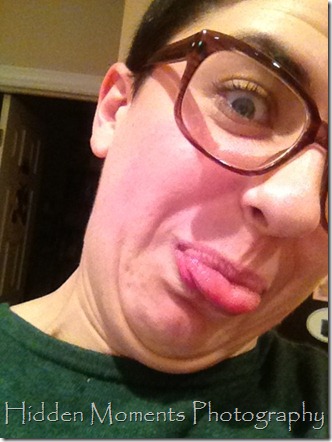 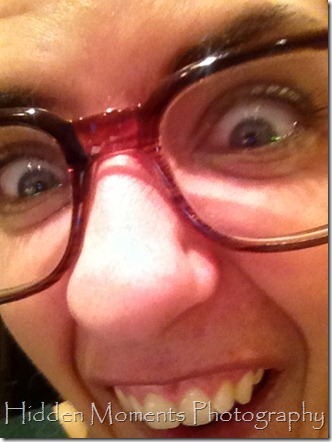 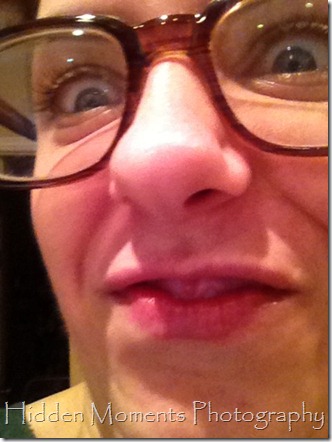