As I alluded to on Saturday, there are times when I really love my job. Saturday was one of those days. Not that I don’t love EVERY job that I do as a photographer, I do. It was just that Saturday was a particularly fun day at the Cleveland Food Show.

I actually just wrote out an incredibly long and more than a little boring paragraph explaining how I came to be shooting behind the scenes, as it were, at The Cleveland Food Show. It was so boring and long and rambling that I deleted it. I was there to shoot photos for a client, one who provides the cabinet/kitchen set ups for the main cooking stage.

Let me tell you that it was a kick being able to go into the IX Center before it was open to the public. I even had an Exhibitor badge which made me feel so officious official. I was deep into setting up and taking pictures and all of a sudden Heather, the girl I was working with, leans over and says…

That’s Michael Symon!! And he is looking at our kitchen set up.

And sure enough it was.

Sweet Mother of All That is Holy!!

Now, I am not someone who really gets all that excited about a celebrity. They are over rated in my opinion. But that opinion of mine totally goes away when confronted with the prospect of having my picture taken with Michael Symon. He is a hometown boy after all!! 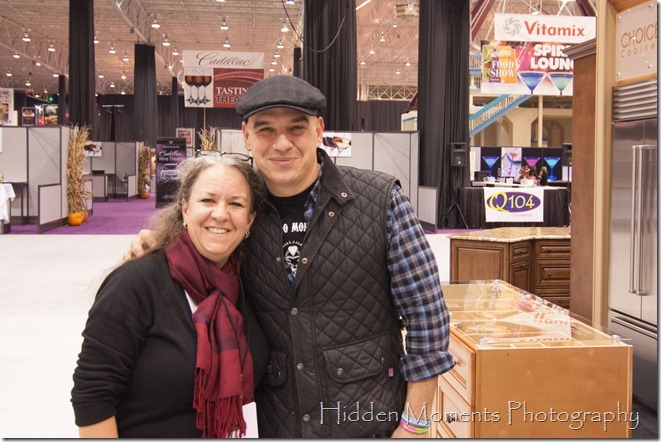 I am still trying to get over how I babbled on like a blithering idiot. I am surprised he didn’t run screaming into the night.

Then it was back to the work of photographing cabinets and observing. This was a Friday which meant that the hall was full of regular people and also roving groups of culinary students from a number of the local high schools. 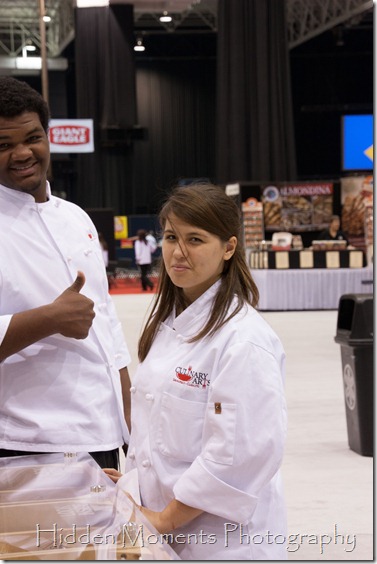 Oh she was SO excited to realize that I had taken her picture. He picture partner has BIG plans for his life. He is going to….go to and graduate from the CIA (Culinary Institute of America NOT Central Intelligence Agency, although I am sure that spies need to eat well) and then go to work in some restaurants to gain experience, maybe in Paris, and then he is going to work in New York for a while and THEN he is coming back here to his hometown and he is going to open up multiple restaurants. I was tired just listening to his plans.

And then it was time for the real fun to start. Heather, PR woman extraordinaire for my client, had finagled it so that I could sit in the “media row” for Michael Symon’s cooking demo.

I had a badge. I was official. I had a end row seat in the “media” section. Of course I was the only media person there but whatever. AND I had a new super zoom lens to play with use. Life was good. Life got even better when I asked the octogenarian aisle guard if I could sit my bahookie down on the cold, hard concrete down by the front so that I could get even better photos.

She thought for a moment and then said yes. I just think she wanted to sit in my seat. 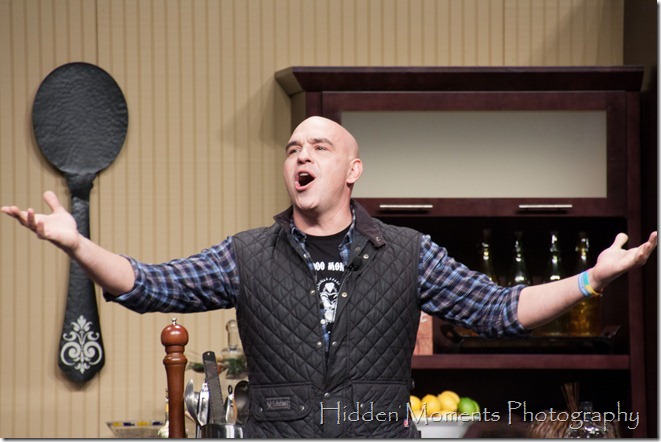 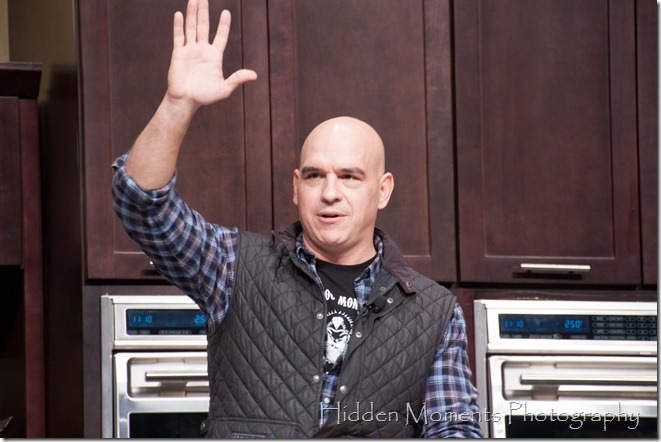 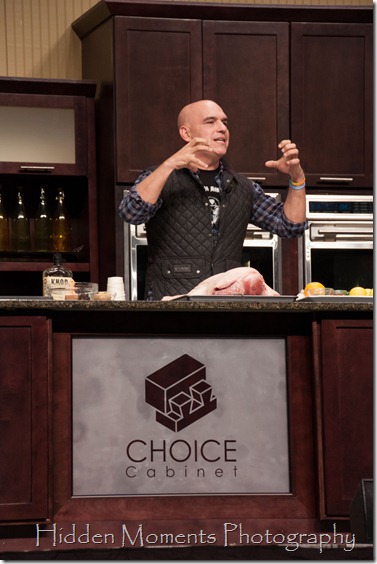 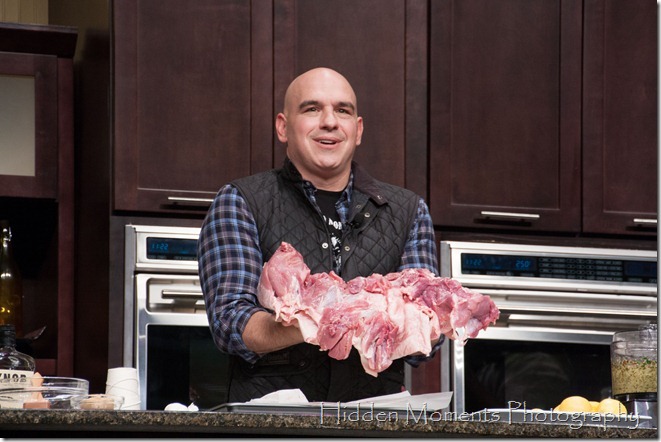 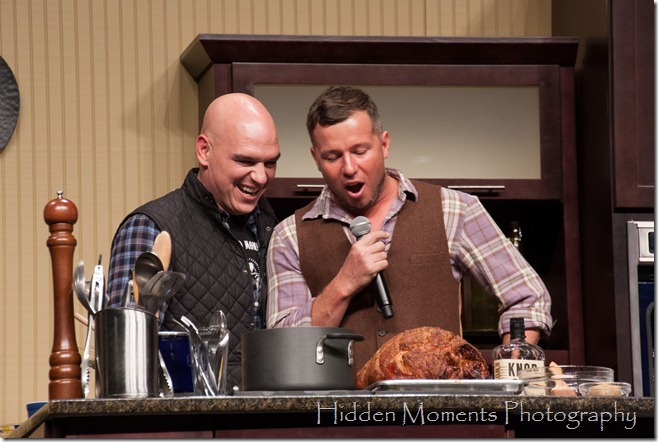 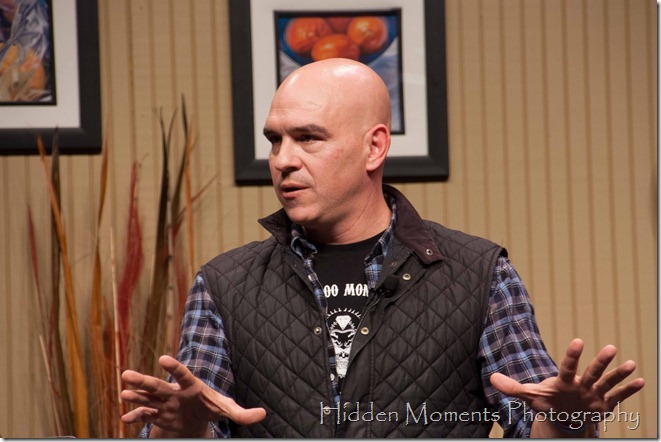 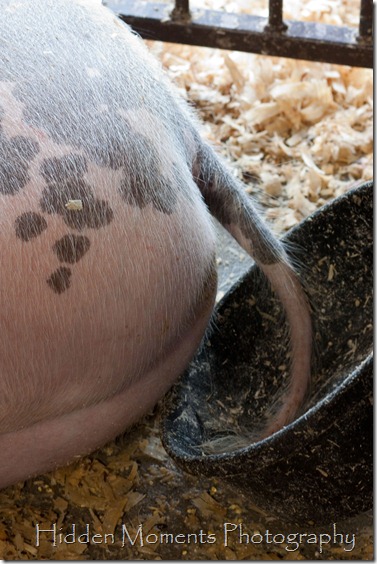 Pork butt isn’t from this portion of the pig at all. I just wanted to put this picture up.

It was a good day.