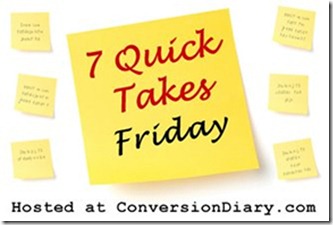 Another week gone. Another week closer to disgustingly large amounts of snow. You know the weekly routine. When you are done shaking your head at my inane blatherings you need to click on the picture above to be whisked, at the speed of the oncoming onslaught of Christmas ads, over to Conversion Diary to see what everyone else has been doing. 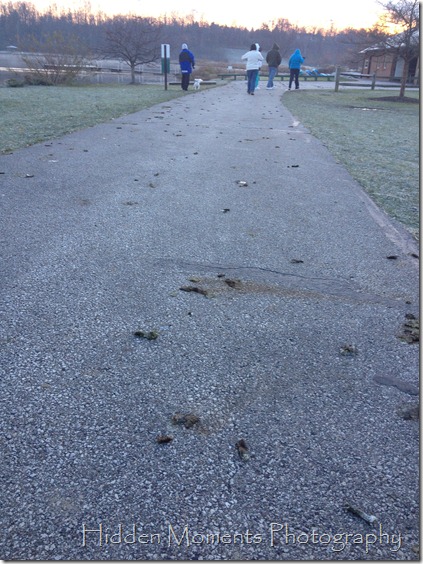 One would think that by now the Canadian Geese would have flown South for the winter.

One would be wrong.

On the daily walk around the lake we are forced to play a rousing game of “Tip Toe Through the Poolips”.

It isn’t all that fun.

2.
Not having cable is going OK so far, if you were wondering. It has taken a bit of adjustment, for me at least as I am the one who watches more TV than HHBL. And I don’t watch all that much TV.

I had to figure out how I was going to be able to watch Yukon Men, because, you know, that is a REALLY important show and I need to watch it to make sure that I know how to survive in Alaska and drag a house three miles down a road using a back hoe and how to make a fish wheel so that I can fish for salmon and stuff.

And on Tuesday I didn’t have all the cable news channels to watch the returns, although I could have watched all the talking heads on the regular channels on the TV in the family room (since the TV in the bedroom is not picking up channels at the moment). But I decided a better use of my time was to go upstairs, put in my ear plugs and watch something on Netflix.

BUT I can get PBS so I can watch Masterpiece Theater and my new favorite show “Call the Midwife”. And when Downton Abbey comes back on January 6 I can have my fill of the Dowager Countess of Grantham.

I cannot do without my weekly Dowager fix.

So far so good in the Chez Knit Cable Free Zone.

3.
HHBL and I have a theory that we both seem to have faces that inspire people to tell us their life stories, or at least stories that we didn’t need to know. It happens ALL THE TIME. It happened to me yesterday. TWICE!

I had a morning photo shoot in Middlefield, right in the heart of Amish country. I had the address, or so I thought. I drove to the address and it obviously wasn’t the correct address because it was an office and not a house. Alrighty then.

So I call the client and verify his address. Evidently I had been given his office address rather than the house. So he tells me to continue driving East, go through the stop light and then they will be the fifth house on the left, sitting about a 1000 feet back.

It didn’t seem all that difficult. I go through the stop light. I start counting houses.

And I can see the house off in the distance. I know it is the house because it is BIG and new. So I take the 5th driveway because it looks like it curves around and goes for a ways. Which is does. But when I get to the house it doesn’t look as new as I thought nor as big. And I am thinking to myself, Hmmmmmm. But it was the 5th driveway so I get out and grab my gear and walk up to the door and knock because I cannot see a doorbell.

Boy this sure doesn’t LOOK like a house where I am going to find a new and updated fabulous kitchen…..

Wait….wait….wait….. And then I can hear someone coming to the door. I can see a head of white hair. The door from the house to the porch opens. And out steps an old lady (she was 84 I eventually learned) in her flannel nightie and robe. A nightie and robe that was inadequately buttoned in my personal opinion. Ruh Roh!

And sure enough this was not the house that I was looking for.

Oh they live next door at the end of our property. We are the 5th driveway but THEY are the 5th house that you can actually see on the road. You go out our driveway and then take a left and you just drive a bit and you will see it.

And I thought at that point we would be done. But in the blink of an eye the conversation got away from me and all of a sudden I am deeply into a discussion with a scantily dressed octogenarian on heat and menopause and hot flashes and the fact that her husband Bob isn’t in good health and they are waiting for the home health nurse to arrive and how when it was so hot this summer she didn’t want to keep too many clothes on….

And I now have a mental picture of that thankyouverymuch.

And it was 6 minutes at least before I could manage to get away and back to my car.

And then it happened AGAIN with the photo shoot in the afternoon when I should only have been there for 30 minutes but ended up spending 2.5 HOURS there talking and looking at her photos on her computer!!! 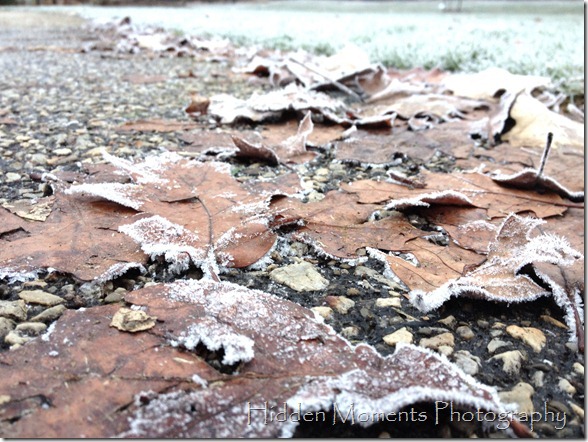 The walks at the lake this week have been a tad bit frosty. 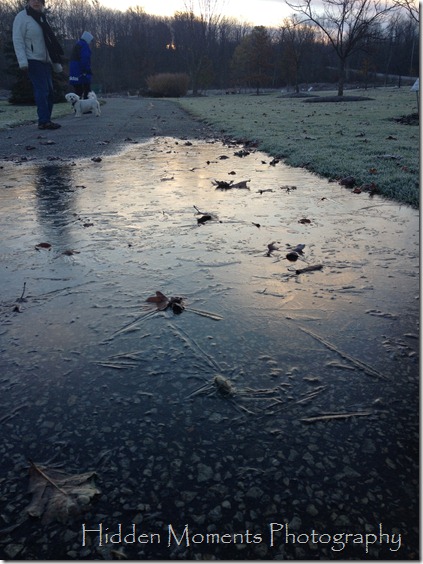 There has been ice on the paths in more than one spot. 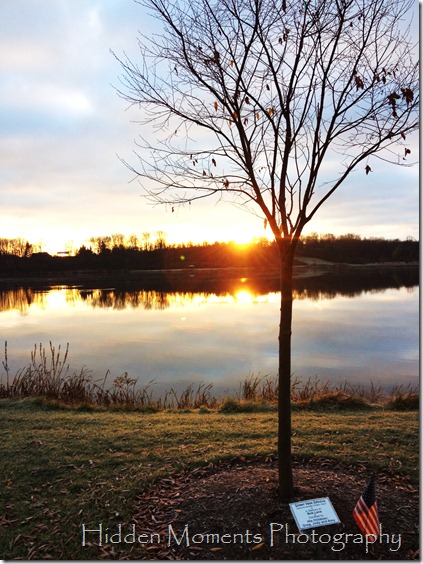 But at least we saw the sun this morning when the clouds finally parted.

5.
I am so excited!! As you are reading this (if you are reading it on Friday morning) I am at the Cleveland Food Show taking photos for a client….and I am hoping to get some photos of Michael Symon, he of The Iron Chef and The Food Network. He is a “hometown Cleveland boy”. I will tell you all about it next week. And believe me when I tell you that I am a very small photo cog in a very big show.

But it is still exciting for me.

And one of the reasons why I was overcome with craziness and did #7 below.

6.
I tell you, the whole “it is dark at 5:30p” thing is just kickin’ my big old bahookie. I just want to go to bed at 8p. And it messes with my ability to think critically in the evening.

And yes I do occasionally think critically. But not after 7p these days.

I had some work to do yesterday evening. I sat down at my computer and just stared at it as if it was an alien life form that I didn’t know what to do with. I knew what I needed to do but I wasn’t sure how to accomplish it. And after several games of Spider Solitaire I decided that I would just do it on Thursday during the daylight.

And it still isn’t done.

After I get about 24 hours of sleep.

7.
I was a bad girl yesterday. I visited our local camera shop, only intending to RENT the darn lens because I needed it for a photo shoot today at the Cleveland Food Show.

RENT. I only meant to RENT the thing.

But then Diana started talking about the lens and showing me pictures that it can produce and then telling me that I could trade in another lens for a bit of money AND there was a rebate with this lens and curses the woman is a good sales person. She put it in my hands and all hope was lost.

I bought it instead.

I am SO not an impulse shopper. So, so not. And I took that bag and ran to the car lest I change my mind.

And she is BEAUTIFUL……..

But I am an IDIOT for spending the money. But you cannot have it back!