I Feel So HEALTHY!

I could leap tall buildings in a single bound!

I could spread 10 yards of mulch in the morning.

I just feel so healthy.

Why you may be asking yourself. You were weren’t you. Well I am going to tell you.

On Thursday afternoon a box arrived here at Chez Knit. 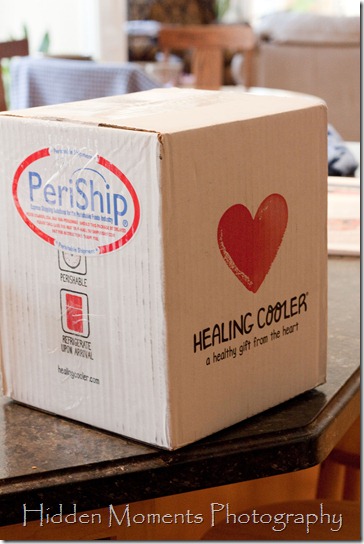 OOOOOOO I love mystery boxes. This was the “Hypothetical Package That Might Be Arriving”. I had been instructed a few days before it’s arrival that I would need to be home close to the time of it’s arrival because it was perishable. That is if there was actually a package that would be arriving. A hypothetical package.

No letting it sit out on the front step for a day.

No letting it hang around in the garage for an afternoon.

Nope, I had to come home, open the box and then refrigerate whatever was in there RIGHT AWAY. 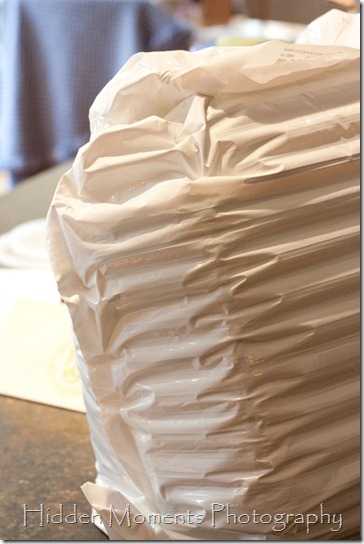 Open up the box and whatever was in there was encased in it’s own cocoon of coolness. If this was a horror movie then the package would have been quivering and throbbing.

You know, that last sentence sounded a bit too “Harlequin Romance Novel” for my taste. 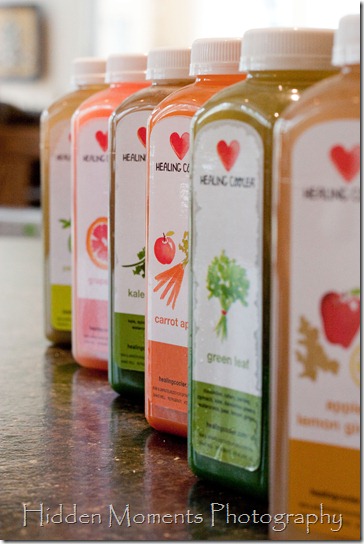 Oh be still my juicy beating heart. Fresh juices made the day before and sent directly to my doorstep by a thoughtful person (Cartoon Girl).

I probably should tell you that Cartoon Girl works for a company called Cooler Cleanse. I am going to let you just wander around the site to see all that is there. But if you have looked at the picture above you will realize that they produce fresh juices for your health.

And I do mean fresh.

These beauties arrived on my door on Thursday around noon. They had been produced the day before by the hard working kitchen staff and then sent out with their own freezer packs to keep them lovely and cool.

Cartoon Girl had been after me for a while to try some of the juices that Cooler Cleanse produces. She finally got tired of bugging me about it and just took the bull by the horns so to speak and sent me a healthy box.

It even has a heart on it! And there was a lovely card inside written by Cartoon Girl herself.

Now the thing is, these juices are FRESH. And need to be consumed within three days. And so that is what we have been doing.

I have consumed more juice in the last three days than I had in the three months before. I am not a huge juice drinker. Unless someone would come to my house every morning and squeezes me some orange juice fresh. Then I will drink juice.

I will say that there were some that I liked more than others. In no particular order of preference we received: Grapefruit, Kale & Co., Carrot Apple, Pear Mint, Apple Lemon Ginger and Green Leaf.

I uniformly liked any of the juices that were heavily fruit based. The Grapefruit was definitely my favorite (it was a wrench to leave any for HHBL) with the Pear Mint a close second. The Carrot Apple was very carroty and appley in a good way. It sort of reminded me of a carrot apple salad that I was particularly fond of growing up, only in liquid form. And the Apple Lemon Ginger was a very interesting mix. Very gingery which I like.

And then there were the green juices.

I had a few reservations there. The Kale & Co actually tastes good, I like kale. But I had a bit of difficulty with the liquid nature of it. And it was green. I generally try to avoid drinking things that are green. It brings back memories of water skiing in a lake that was filled with algae.

And did I mention that it was green.

I would sort of liken the experience of the green juices as liquid salad minus the salad dressing. Very fresh. An interesting mix of flavors. And green. 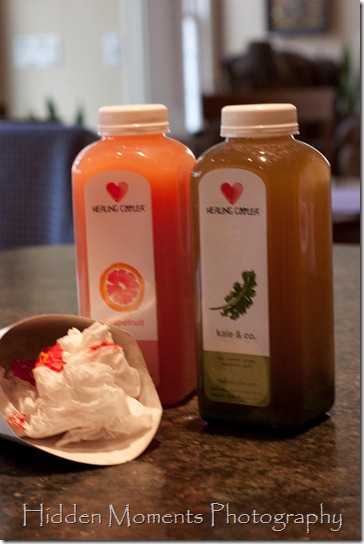 I should probably confess that on the day the very healthy and good for me box of juices arrived…….

I had gone through the drive through at Wendy’s.

Thank goodness all the lovely juices from Cooler Cleanse OBVIOUSLY wiped out any bad influences from the Jr. Cheeseburger, fries and small Coke.

This is NOT a paid endorsement for Cooler Cleanse. I just really enjoyed their juices.

I wish I had another bottle of the Grapefruit.

And that Pineapple Kiwi looked pretty good to.

Not that I am suggesting anything.

Because I am not.