This is not the Easter post I had thought would be here. That will come tomorrow because I know you want to know all about what I did on Easter weekend.

Besides eating a lot of chocolate that is.

And taking pictures of the Easter Monkey.

Did you say “Easter Monkey”?

We spent the weekend visiting the Parental Units as well as TMO, TSiL and Shoe Queen. Friday, the day that we arrived, Mimi had invited one of my cousins and her kids to have lunch at the old homestead. I hadn’t seen Beth in a boat load of years. It was loads of fun to catch up and to see her children, and to meet the newest addition Miss Chub Thighs (shouldn’t all babies have chubby thighs? I think they should!).

I had decided because there was already a lot of stuff going on all at once, including small children unfamiliar with dogs, that Max the Magnificent should just go to the basement. But after lunch was done and things had calmed down a bit I brought him upstairs and introduced him to the boys. All seemed to go well……

I stepped out into the kitchen to talk to TMO and Shoe Queen. We were chatting….

I can hardly say it.

Max the Magnificent bit my cousin’s 5 year old. And I do not mean just nipped him a bit to make a point. Oh no no no. He did a complete and thorough job of staking his territory or reacting to being startled or who knows what.

Oh he was trying to make a point alright. And he made it by biting Ben in the leg and leaving two lovely, bloody gouges as well as totally ripping his pants. And scaring the shit out of every one of us. 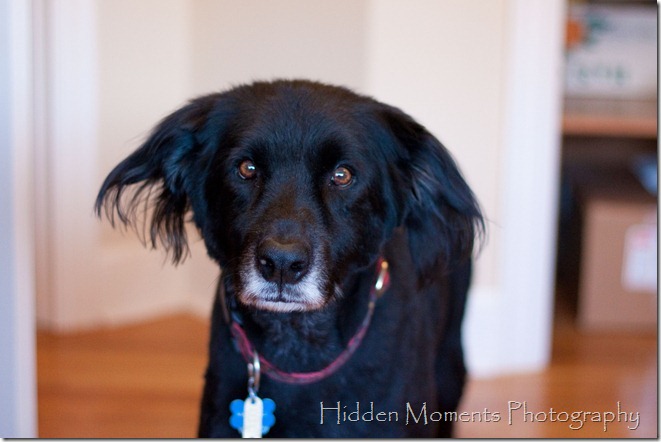 My cousin was the heart and soul of graciousness in the face of my Cujo of a dog. She was calm and cool and collected. And smiling. If it had been me I might have been going for the shotgun.

I was amazed and horrified that it all happened in the blink of an eye. There were no overt warning signs. It was just BANG! BITE! RETREAT! SCREAMING!

I can say for certain that Max the Magnificent will not be hanging with any more young children. Not that he does now anyways….and that may be part of the issue. He just doesn’t have a boat load of face time with small people. And he is eleven years old. And he was totally and completely intent on finding the crumbs under the table. Single minded in his purpose and do not get in his way.

I should have just gone with my gut and left him down there in the basement the whole time.