Oh Alpha How Could You!

So, we all know that HHBL and I took a little jaunt to South America. And whenever we go away Max the Magnificent gets to go to his second favorite place in the whole world.

No, he really does like it there. He gets to play with all his doggie friends like Lena and Lexie and Big Agnes. Actually it is probably more like Big Agnes (a Mastiff-Great Dane mix who tops 200 pounds) just tells him what to do.

When I dropped Max off at the kennel before taking that big wide bird to Lima I had a chat with Laurie, the woman who runs the kennel. And Laurie made a suggestion. Just a small one.

Since she was going to groom Max and get him all prettied up what did we think about having him shaved for the summer months.

Ummmmmm, I don’t know about that. I am not sure that is a look that we are going for. We will have to think about that one. I will get back to you on it……sometime.

And we did think about it while we were gone tramping up the steps of Machu Picchu. Eating fish. Taking pictures.

And when we were actually back in the states, on our layover in Houston I gave Laurie a call and said, “Sure, go ahead and shave him up a bit”.

So we rushed right from the airport to the kennel once we were finally back in the Frozen Northeast Ohio. We could hear him barking when we pulled up. He seems to some how know it is us.

And then Laurie let him out of his run and we saw him. 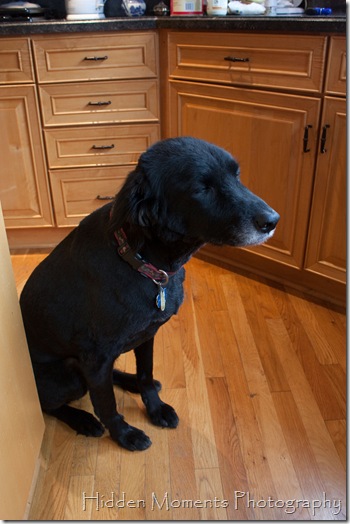 You cannot really see it all that well in this picture but Max the Maligned is half of himself.

He is so ashamed that he won’t let me take a good picture of him yet. He is just all legs and head. Actually he looks like a larger version of himself as a puppy.

And you sure can tell that he is a boy. Now THAT was a masterful and careful bit of shaving I have to say. 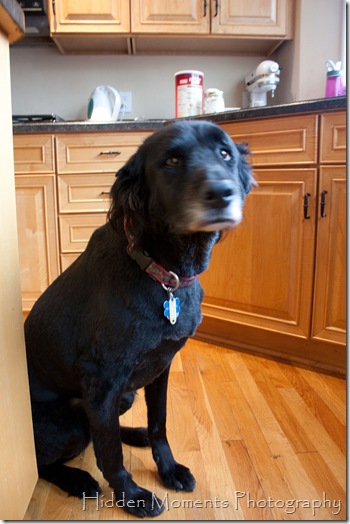 Oh Alpha how could you be so cruel. I am consumed with shame.