Garden Update: The Garden is Waning.

Today is the last day of summer.

And because it is the only day this week that hasn’t been either cold or rainy or both LookLeap and I took the moment to go out and do some much needed work in the garden. The sun was shining. The birds were singing. The fuzzy caterpillars were doing what fuzzy caterpillars do.

What do fuzzy caterpillars do? 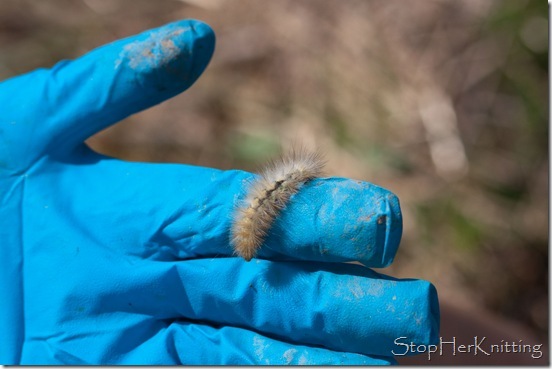 I know what I wanted to do TO the fuzzy caterpillar but I was prevented from doing that by the bleeding heart people that I garden with.

Oh but he is so cute and fuzzy!

Yes, and he will make a lovely squishy noise when I step on him with my gardening clog.

I have to say first off that we are not the only gardeners at the Community Garden, obviously. But what is so sad to us are the plots that were planted with great enthusiasm and then left to fend for themselves. It is so sad. 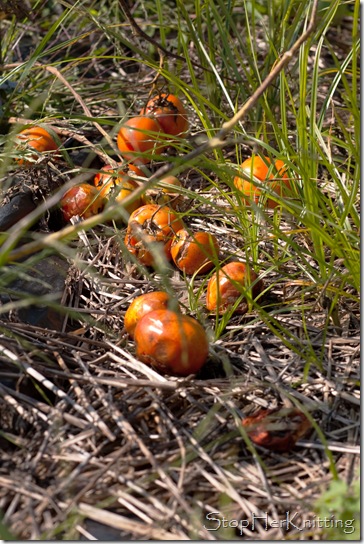 There are so many plots where the gardeners have just literally left the fruit on the vine until it has dropped on the ground and begun to rot. And lest you think there aren’t a lot of these plots I have to tell you that there are a bunch. And they just make us so sad to see. And I just want to go in there and pick up the tomatoes that can be used.  But rules are rules and I cannot do that. Rats. 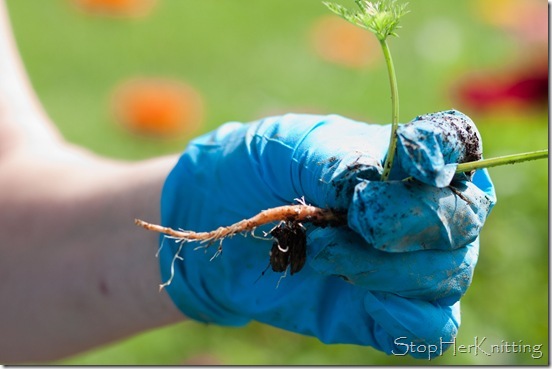 Look! The Little Carrot That Could! Well this one can’t because LookLeap pulled it but there are other carrots that are coming along. And more broccoli for the fall.

But the green beans are all gone. I pulled up the rest of the plants and cut off the pole bean vines. Yes I know that those will continue to produce until the first frost but I have to tell you that we were REALLY unimpressed with the flavor of those beans. We harvested several different kinds of beans and the unanimous feeling was that the best ones were the filet beans which were straight, tender and sweet. I think that is all that we are going to plant next year. 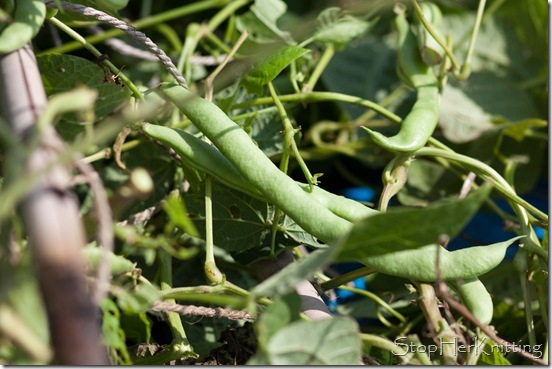 Umm we might have missed a few green beans on the pole beans. You can’t imagine how big these things were. Big and menacing. 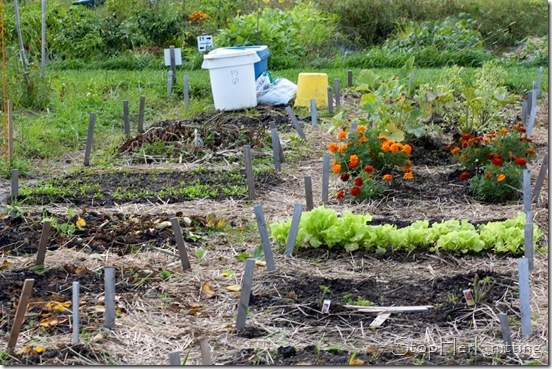 All the tomato plants are now a part of the very large compost pile at the front of the garden. We had a much better “harvest” this year than last but we both think that we will not bother with heirloom tomatoes again. They were unimpressive to say the least. We need more Roma tomatoes and less slicing and eating tomatoes. There is talk about trying to start our tomatoes from seed next year.

Fine I am the one that is talking about that. We will see. 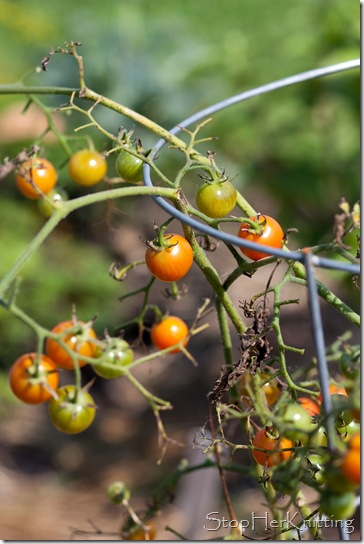 The cherry tomatoes are still in abundance so we left those. We just sort of stand there and munch right off the plant like biped deer. 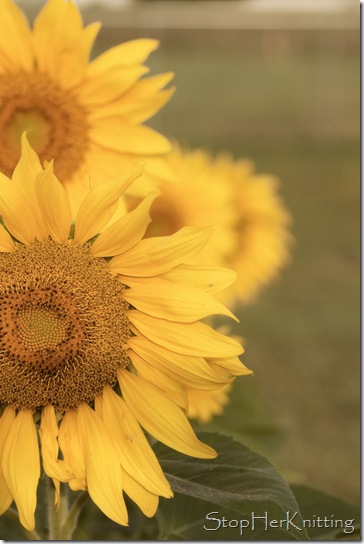 A few weeks ago the sunflowers looked like this. 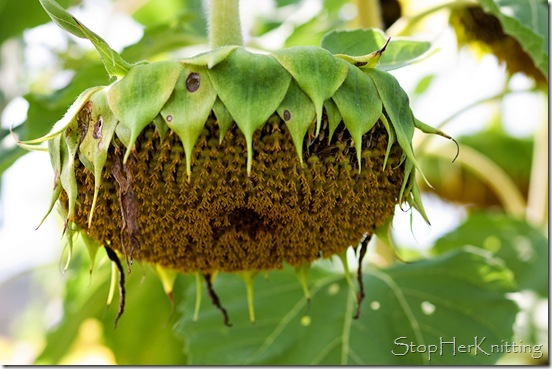 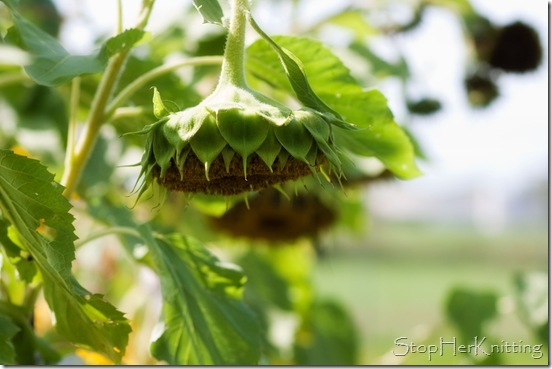 But now they look like this. We are hoping that the birds don’t find them just yet. 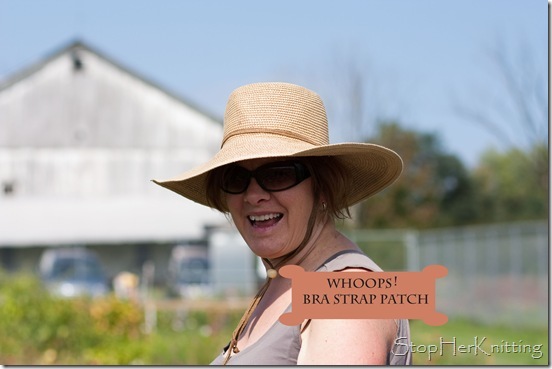 We look like farmers when we have our hats on. And we smell like farmers after we have been in the garden for a few hours. 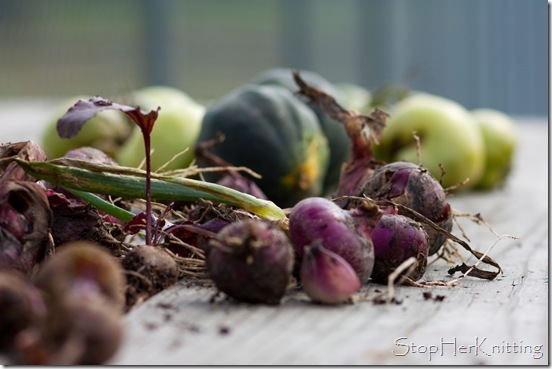 There were a few more red onions to harvest and a beet or two as well as several acorn squash and some green tomatoes. 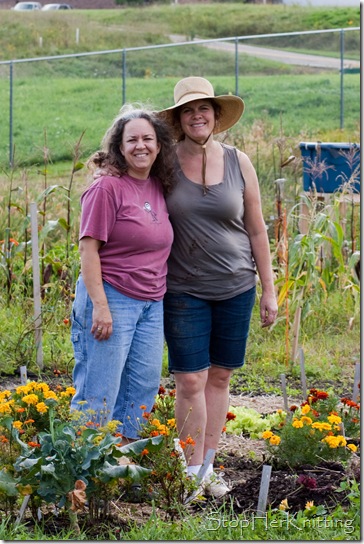 Look a picture of both of us together in the garden. Lookleap’s oldest progeny, Miss Pretty, came to help with some of the weeding and I persuaded her to take a picture or two. 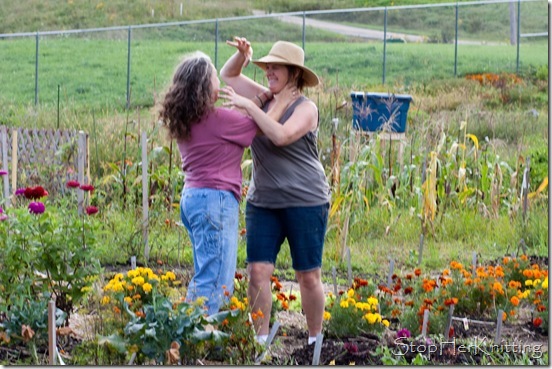 Hey! Where did that picture come from? Who let that in here?

We get along fine I tell you. Just. Fine.

Oh and one more thing. If you look behind us you will see a bunch of corn stalks. That is a plot that belongs to another gardener. He hasn’t been there all that much.

We are thinking about expanding. We need some space for things like pumpkins or watermelon.

We want his plot. Resistance is futile.

I will keep you posted.