Are These Peppers Hot?

What is it about days where there is a multitude of sunshine that just guarantees that I get a boat load done?

Today has been one of those days that is for sure. I was going to tell you the story about Me and Archibald Rogers but that will just have to wait for another day. Maybe tomorrow.

That last one was what I actually wanted to show you before I go into the family room and die. Or have a glass of wine first and then die. I haven’t decided yet.

Last night at knitting KnitWit Rosie was talking about the large amount of Banana Peppers that her aunt had brought over for her.

Banana Peppers? I have had the hankering lately to pickle some banana peppers.

And so this morning KnitWit Rosie arrived at my doorstep with some lovely peppers, both of the Banana variety and of the OH MY GOSH THESE ARE HOT variety. We will get to those in a minute.

So I ran right over to the old computer and fired up the internet and found a recipe for Sweet Banana Peppers that looked like it might work. I knew that I didn’t want to process these, that I was just going to put them in a big jar, pour the brine over them and then stick them in the frig so it was not as big a deal as all the usual canning. 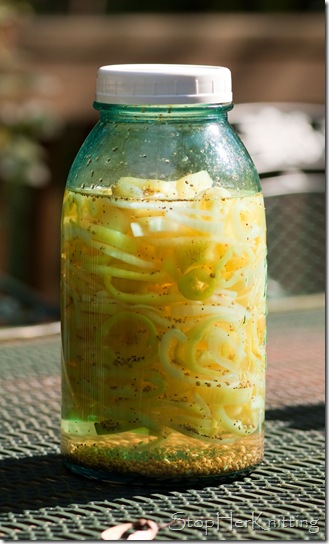 Ummmmmmmmm, don’t those look yummy. Loads of mustard seed and celery seed. When the brine was boiling it smell just like my Grandma Pringle’s kitchen in the summer. I momentarily went looking for the Cheez Its that she always had.

Sniff, no Cheez Its.

But there will be Sweet Pickled Banana Peppers once these sit in the frig for a couple of weeks. I am thinking they are going to be very good on hamburgers. 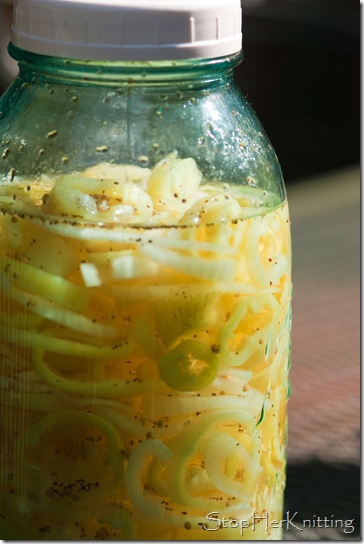 My mouth is watering. Aren’t you glad that you are there and not here? It isn’t a pretty sight. 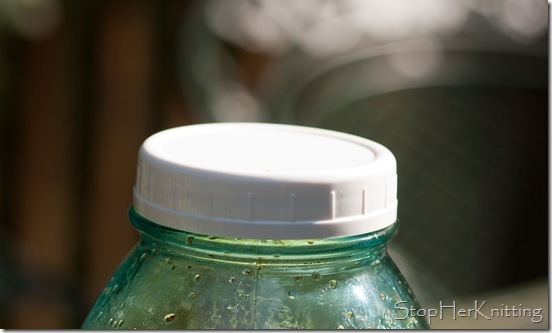 And of course I had to use my favorite canning jar cap. I have officially cleaned Wally Mart out of their stock of these things. They are only stocked this time of year and I have more than once kicked myself for not buying more of them when they were available.

It hurts to kick myself for things as well as being rather difficult and not very graceful.

And since, after I had poured the brine over the sliced Banana peppers I had a boat load of extra brine I figured that I would just pour some over the other peppers that KnitWit Rosie brought over.

Now I was acquainted with one of the peppers that I dug out of the plastic bag. They are those little red chili peppers that pack some heat. But the other ones I wasn’t aware of. She thought they were called Black Pearl Peppers. Evidently they are USUALLY considered ornamental because they are 1. not that flavorful and 2. HOTHOTHOTHOT. KnitWit Rosie’s husband, DJ Dan, demonstrated that the other day when he decided to taste one. Nothing for the first 30 seconds and then agonized calls for milk. 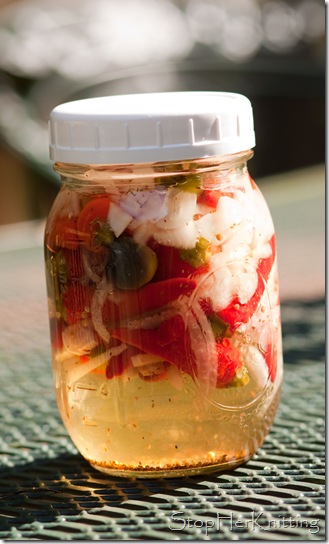 Perfect. They should be really something after sitting in the pickling brine for a bit. 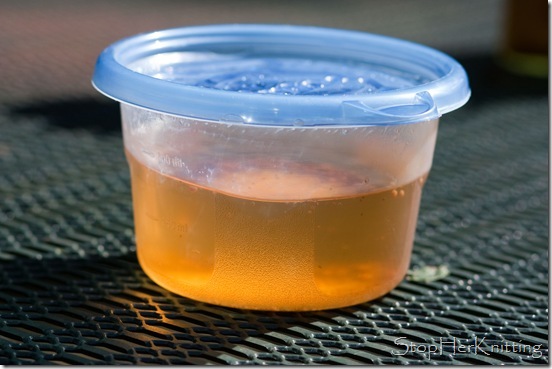 And I have just a bit of brine left. Now what should I use it one.