Oh The Pressure….and The Sweat

Well, we have entered baseball season finally. The monsoonal rains have abated and the baseball fields have dried out and that means that Sunday afternoons are generally spent, for me at least, watching 48+ men play a little boys game with great enthusiasm.

Oh how I love baseball.

And yesterday was no exception. We went to church. We stopped at Wendy’s to eat a salad and to watch the drug bust and arrest that was going on, 20 feet away, at the gas station next door. OK, I am conjecturing about the drug bust thing but not the arrest. Handcuffs. In police car. And then the police literally turning the guy’s van inside out.

WOW! Lunch and a show!

So down to the ball field we go. HHBL’s team plays on different ball fields in the area. They are of varying mediocrity. Some better, or less worse, than others. Some have shade. Some have actual bathrooms rather than port-a-potties. I like those the best.

Yesterday…..no shade…..no bathroom only port-a-potty. But I am a big girl and so I persevere through it. And I make sure that I have hand wipes, extra kleenex and hand sanitizer.

I had myself settled in my lovely folding chair with the built in cup holder. I had my Nook out and was reading The Passage by Justin Cronin. I was taking the occasional picture. 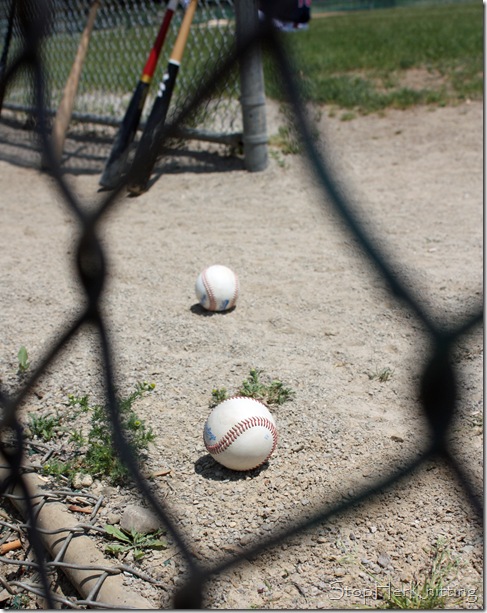 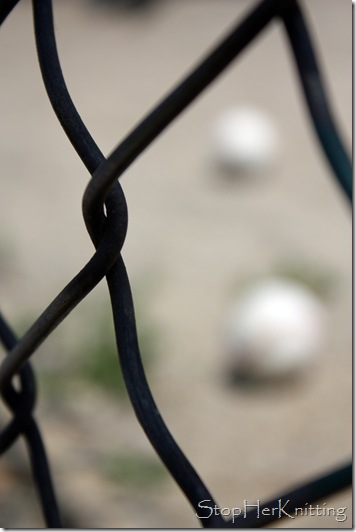 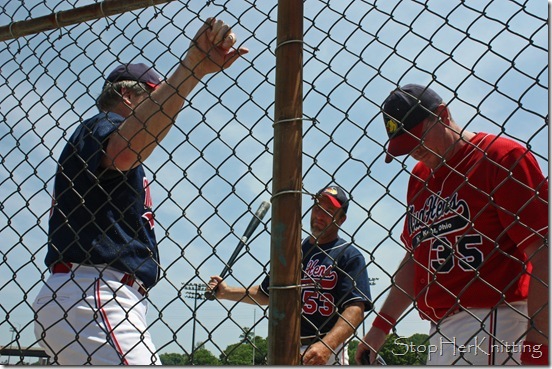 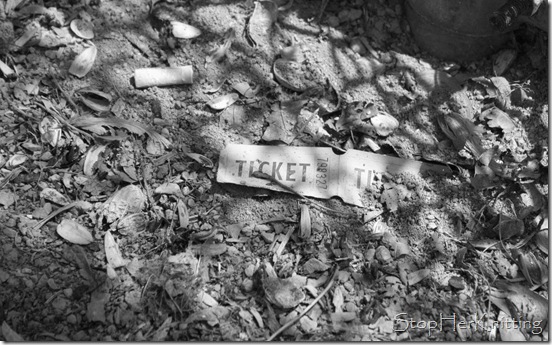 All, or should I say most of the guys on the team know that I take pictures. How can they miss that when I have that honkin’ big camera around my neck all the time. That it is not unusual to see me crouching down in the dirt to take a picture of the used ticket stub, or the odd baseball…… 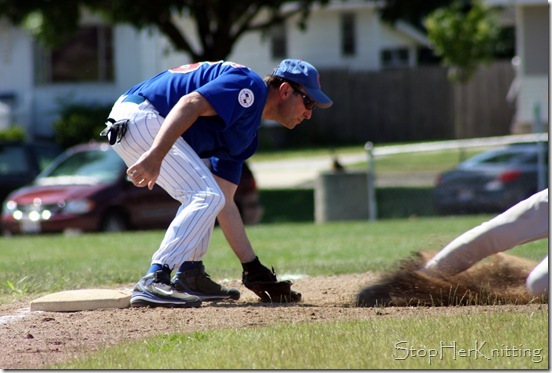 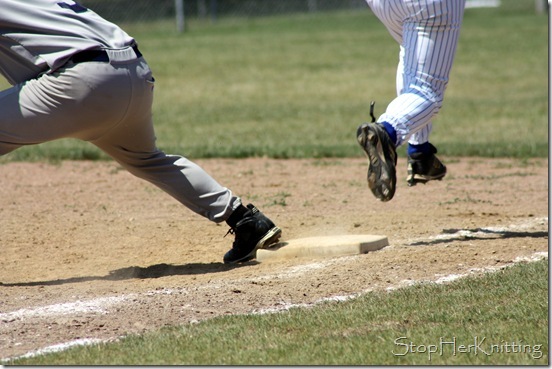 Or players feet and legs. It’s just the way I roll. Most of the guys just smile and run in the opposite direction. But poor John, who is new to the team this year, just stood there and didn’t know what to do when he caught me taking pictures of the baseballs through the fence.

Don’t worry John, you will get used to it.

And so, the time to start the game was fast approaching. I had slathered on my SPF 1000 sunscreen. I had my rapidly warming water at the ready. I had my score pad out and my mechanical pencil sharpened……

And then I looked to my left and saw HHBL approaching, something that I normally like a whole lot.

He had something in his hand.

The book that they mark….IN PEN.

Hey Deb, do you mind keeping the score book. We are short guys and we need someone to do it.

I look around. Surely there is someone else to do this job. Perhaps the umpire behind the plate wouldn’t mind doing double duty. Or that young man who is sitting on his bicycle. Yeah, he can do it. Or, or…..

AND to top it all off it was FREAKIN’ HOT sitting there in the sun with no shade thankyouverymuch. And I had to go to the bathroom immediately upon beginning the game and that was really just because I knew I couldn’t get up and go any time that I wanted to. Thank goodness HHBL came to relieve me (har har) in the 7th so I could skeedadle to the port – stinky – potty.

And, oh my word, when I stood up to go to the little blue cabin in the field I realized that I had been sweating so much….because of the sun and no shade and no breeze thing…..that it looked like I had already GONE to the bathroom, my shorts were so soaked.

Oh lordy, do not look at me! Can I pull my shirt down far enough so that no one notices. Can I dawdle coming back so that my shorts dry and no one sees it…..no.

Thank goodness they won the game.

Scott I am SO sorry that you had to deal with that darn score book after I was finished with it. Who knows what the stats are going to be like.