I might have mentioned last week that I would tell you a small story. A little tidbit from my growing up years.

A tale of disgust…..

A tale of revenge…..

The tale of my sailor hat.

I had a sailor hat. One that really came from the Navy. How I came to possess it (Pilot Man had one too) is lost in the annals of history.

I wrote “anals” first. I don’t think that is what I meant. 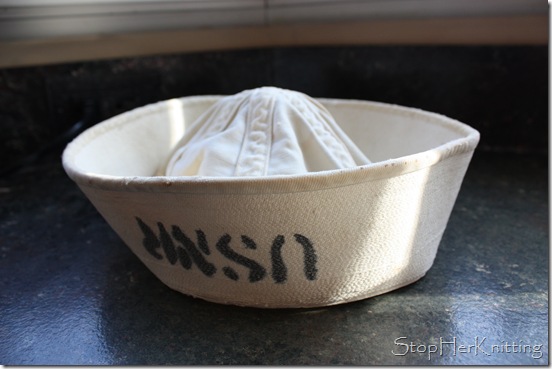 It looked like this hat. In fact it is this hat. This very hat. I wore it this way. I wore it with the brim down. I carried kittens in it. I wore it when I got up in the morning and all day long. It was precious and I loved it.

And then one day something happened. Something terrible. 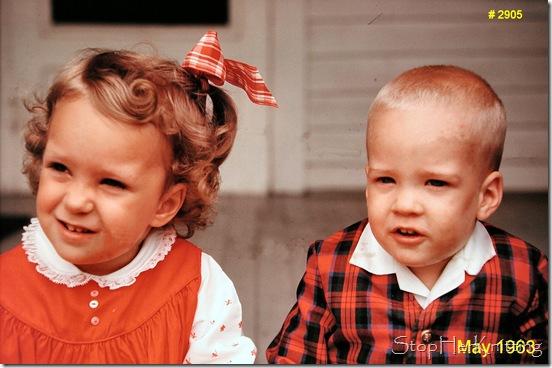 Don’t be fooled by Pilot Man’s cherubic and innocent face. It is an act. And please ignore that amazingly loud plaid jacket. I bet that it glowed in the dark.

Pilot Man was definitely a busy boy growing up (not that he isn’t now cuz he is). We could long discuss the many times that he seemed to have stitches, mostly in his head, from running into something or whatever. And little boys love things like puppy dogs and dirt and sticks and worms and…..

Pilot Man loved toads as I recall. They moved. They croaked. When you picked them up they peed. Oh he REALLY like that aspect of catching toads.

Yeah, that’s nice Bobby. Now get away from me with that thing. I am playing with my sailor hat.

And one day Pilot Man decided that he would carry a toad around. And he needed a receptacle in which to do this. And he reached for something…

And it was my sailor hat.

Remember what I said earlier, the fact that when you pick up a toad it will often urinate upon it’s enemy attacker. It doesn’t do that right away. It waits a bit to see if this particular enemy will have the smarts to put him down before said urination can occur.

He put the toad in my hat. He carried my hat away. The toad thought about it for a bit and saw that he wasn’t going to be put back down. So he let go of the contents of his little toady bladder.

All over my sailor hat. 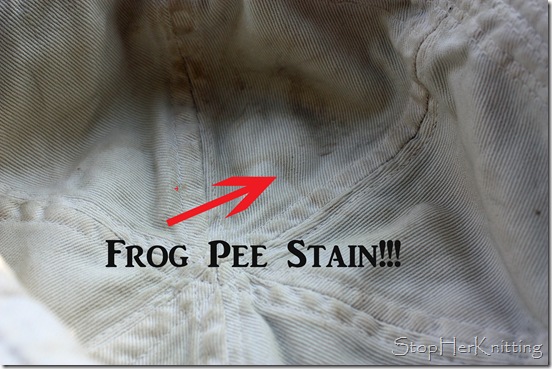 I was devastated. I was destroyed. I was disgusted as only a 5 year old girl can be.

I waited for the retribution to reign heavily down upon Pilot Man’s little fuzzy head.

And when it became clear that there would be no lightening blot from the sky that would fry him. And that the parental units were just going to chalk it up to his “being a boy” and “it is only a sailor hat and I washed it for you”.

I took matters into my own hands.

And I pushed him down the stairs.

Hey! They were carpeted for the love of Pete and little boys are flexible and he didn’t get hurt…..that I remember anyways.

And then he whacked me in the head with a plastic hoe as we were playing in the sand box.

Oh sure, he was just whirling around all innocent like and didn’t really “mean it”. Yeah right!

But I did score a bandage on my forehead and an extra helping of Cherrios and a small scar that I could pull out for sympathy when it was needed.

But I was never truly the same because, despite washing, my sailor hat will always have a toad pee stain on it. 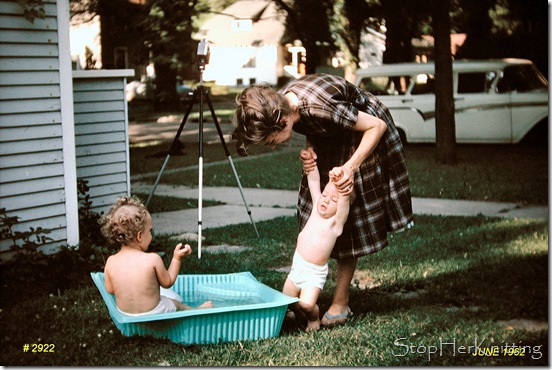 Noooooooo, don’t make me go in there! I didn’t mean to have the toad pee in her hat. I’m sorry!! I won’t do it again!! Nooooooooooooo…………