The Dog is in Big Trouble

….and there is no more Cinnamon Raisin Swirl Bread. 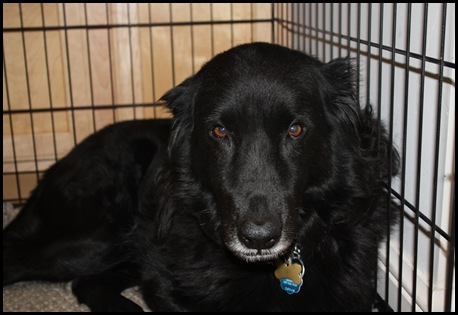 Hello my name is Max and I am a very bad boy. Notice that the Alpha Male (she who is writing this) has even put a black border around my picture. I am bad.

So, this is what my morning was like. Got up at the usual time, 5:15a. Came downstairs and had coffee and played with the computer for a while. Checked to see what had happened in the world while I was cutting some zzzzzzzzzzzzz. Grabbed a piece of Cinnamon Swirl Bread on the way out to do my two mile walk with my friends. HHBL wasn’t downstairs yet when I left but he was up and moving about. Came back, half frozen but all energized from the walk in 22F weather. Nothing like a lovely headwind to get the blood up.

HHBL: Hey! You finished up all the Cinnamon Bread. You really must have been hungry.

Me: I had a piece of bread but there was like 5 inches left on the loaf when I left. It is over there on the…… Hey where is the bread? 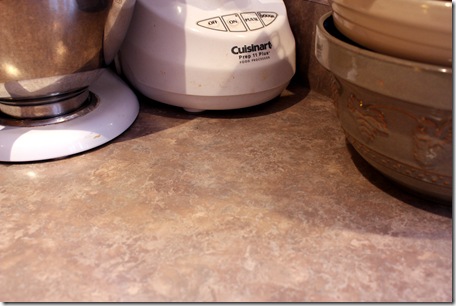 Notice the rather glaring blank space on the counter? That is where the bread was.

HHBL: Well there isn’t any bread there now.

And there he was, in his “house”. Just sitting there in his, “I know I have been bad but I just couldn’t help it” pose. With the evidence all around him. 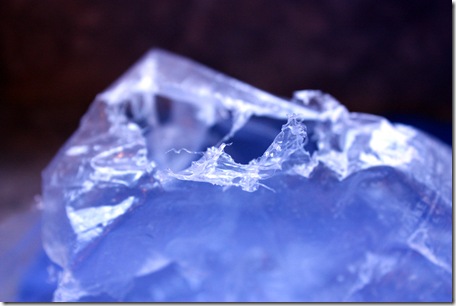 This was the bag that held the bread.

But no more. It had been emptied of it’s contents. Licked clean and nibbled on just a bit. Just to make sure that he got every bit of goodness out of it before the Knitter of Vengeance and Justice came swooping down on him.

Remind me again why we have a dog?