We have had a crazy busy holiday let me tell you folks! Crazy busy hence the lack of blogging. But I don't expect that you were checking many blog posts during the last few days so I am hoping you will let me slide....although one person "unfollowed" me, and I don't have that many followers so it was rather glaring. But I am over it now and on to posting again.

So, what have we been doing? Well TEO and TASiL arrived home safe and sound from far flung places, although TASiL was held in immigration for an hour because, you know.... 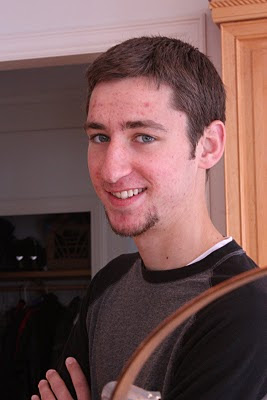 He SOOOOO looks like a terrorist. Actually, it was because he had been in both India and Pakistan so they "red flagged" his passport and then it was shift change and the person that had to ask some questions wasn't available. They made their connection with a few minutes to spare but only a few.

Last week I told you about The Posse (<- link), Cartoon Girl's friends, and how they invaded the house. This week we got to spend time with LAMMA. Who or what is LAMMA you are asking yourself, you know you are. Well, LAMMA is TEO's group of friends. The acronym actually is the first letter of each of their names... 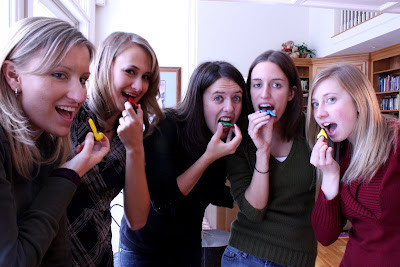 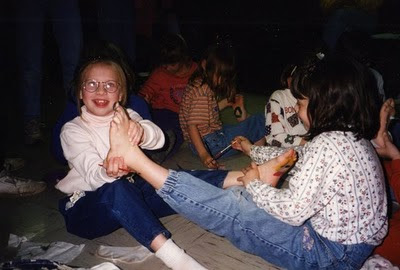 So, these girls have been friends for a LONG time. Meg (TEO) and Alison have been friends since they laid eyes on each other in the first grade. They are getting married a month apart. Alison is TEO's Maid of Honor and TEO is Alison's Matron of Honor. They are linked. The story goes that Alison went home that first day and told her mom that because she and TEO were going to be best friends that their moms had to be friends too. Isn't it good that it worked out that way, because we are really good friends and prayer partners.
Christmas Eve day was filled, as was my kitchen, with LAMMA coming over to talk, talk, talk and possibly make a batch of cookies. I think the cookie baking was just a cover for the talking. 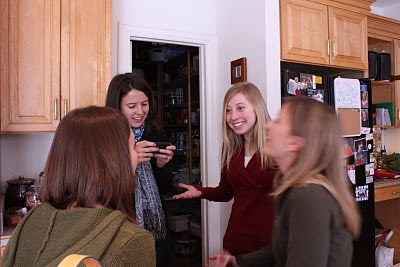 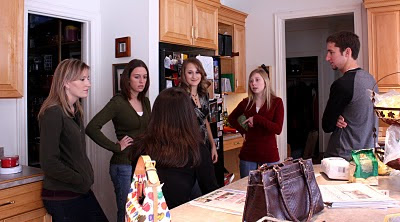 TASiL is trying to take in the swirling threads of conversation. 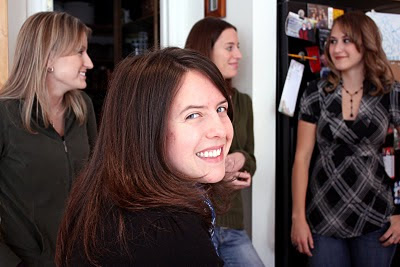 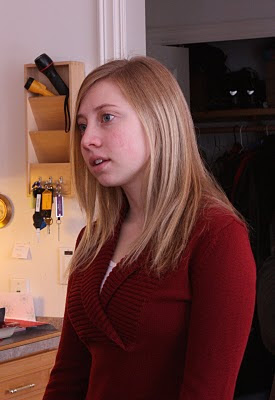 The Best Friend Alison. Let me tell you, this is one sweet girl.

So, after a round of chatter they baked cookies. And messed up my kitchen. But they did clean it up....mostly.

Many hands make.....weirdly shaped cookies and loads of dishes 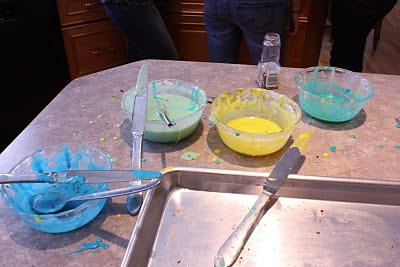 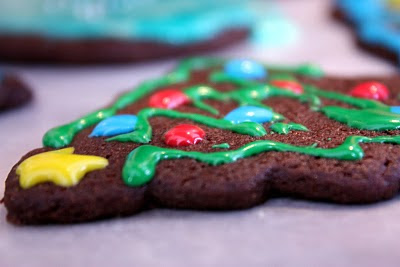 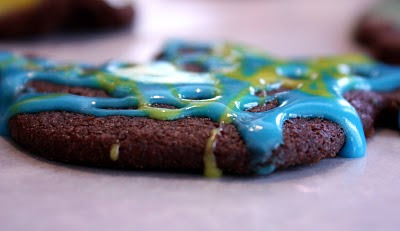 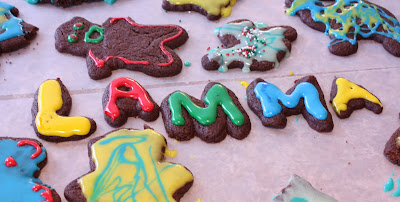 Yum!
And then it was time for the annual taking of the LAMMA Christmas picture. This has been a tradition for a number of years. And in years past I have been privileged to take some of them. But this year there is a new photographer in town. 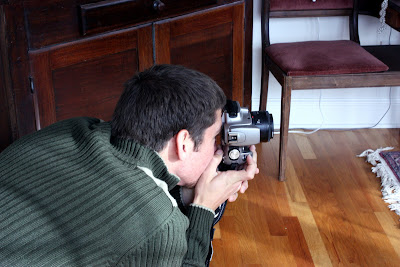 He seems to have a handle on things. 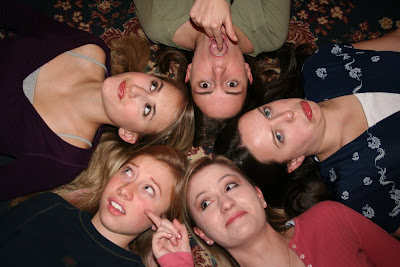 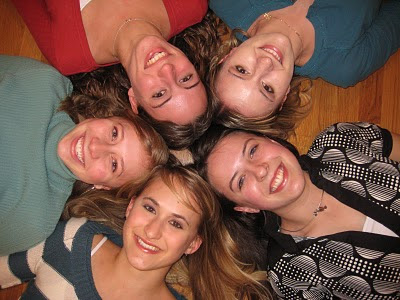 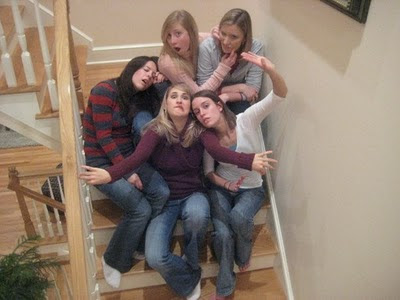 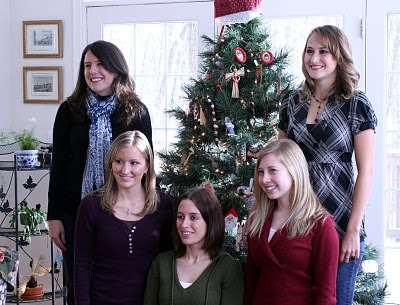