I Could Get Used to This

You know what one of the better things about having daughters that like to be in the kitchen? It is that they come home and say, "Hey, can I cook dinner tonight?"

Are you kidding! I am going to have a glass of wine and put my feet up. The kitchen is ALL yours. 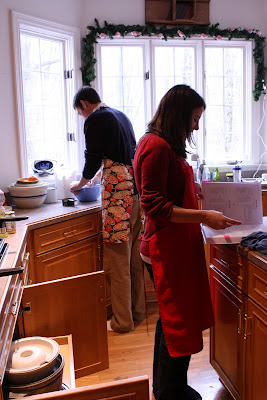 Now aren't they just the cutest thing!! TEO got a cookbook for Christmas that has around a 1000 Indian recipes and she really wanted to try some out. TASiL was in charge of making the roti which are like chapati only without the oil in them. He just spent 6 months in India so I guess he knows what he is doing...oh besides growing up in Pakistan I guess. 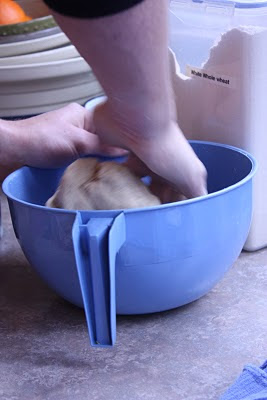 Don't you just love a guy who will get his hands dirty mixing stuff up in the kitchen! 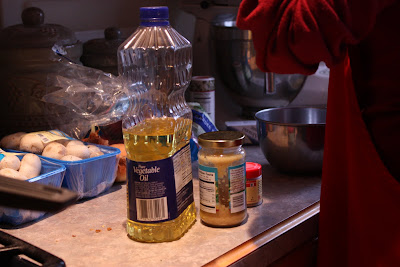 Oil, garlic, mushrooms!!, chicken, onions, chili powder, curry......oh those are some of my favorite ingredients. 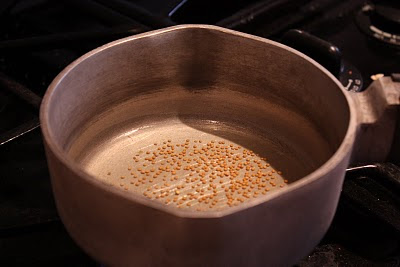 We had no mustard oil and it was necessary for the dish and we didn't want to get in the car and go get some (Lauren did you have some and I should have called you?) so TEO improvised and heated mustard seeds in oil and then let it cool down. That kid is smart that way you know. 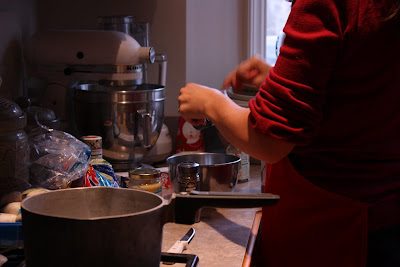 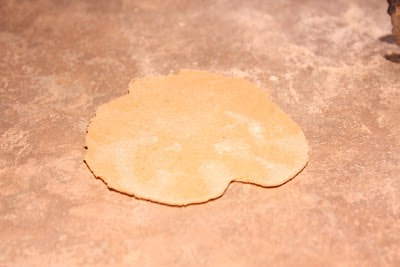 Roti in it's natural and rather flat state. Oh the potential! 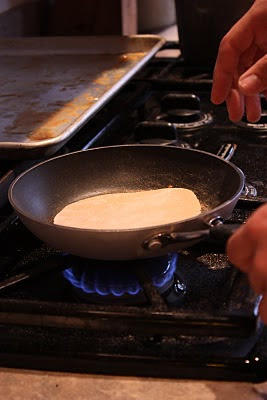 Cook it in a pan for a while. That doesn't look difficult. 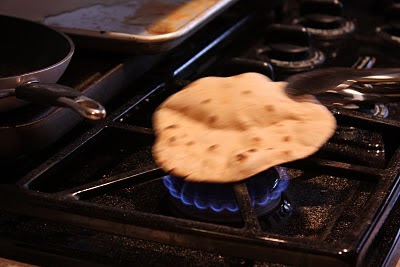 Then the fun part, toast it over the open flame. Who doesn't like to play with fire.

And then, I have to admit, I didn't take any more pictures because, because.......

Well because I was stuffing my face of course. You will just have to take my word for it that the meal was really good and I want them to cook all the time when they come to visit.

And they cleaned up the kitchen after they were done. What could be better than that!
Posted by Debbie at 2:19 PM