Remember way back in the early part of the gardening season when I might have mentioned that LL and I were going to try a different method for growing potatoes this year? Last year we tried the “potato tower” which was not so great (meaning that we didn’t get any many potatoes). And we also had one “potato bag” that was actually much better.

So this year I sewed burlap potato bags. 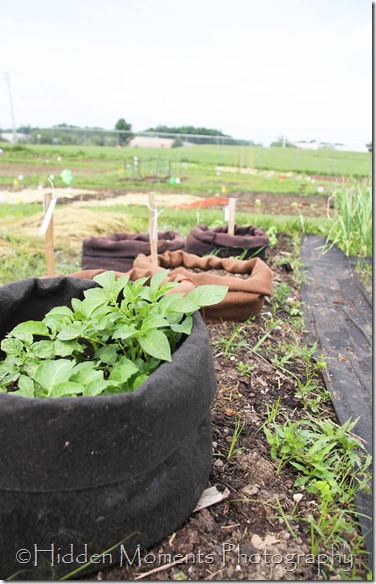 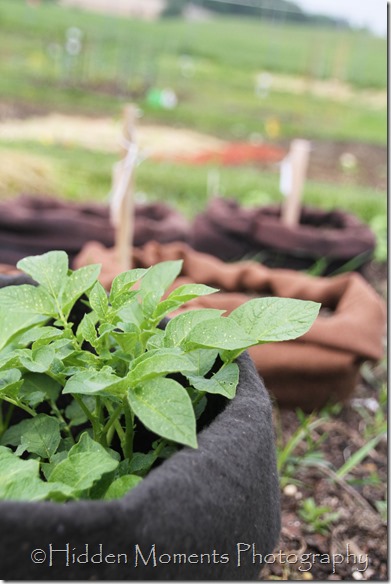 At any rate, I made 5 potato bags which we then filled up with lovely soil and planted potatoes. And then as the plants grew LL would put in more soil and roll the bag up a bit to cover the vines. She was doing that because really after about the end of June I was pretty non-existent over there. The whole selling a house/having a wedding/moving thing sort of took up most of my summer.

Summer? There was a summer this year? I don’t remember that. I have been a bit busy.

Well, this week we made plans for me to venture over to the garden so that we could dig up the potatoes, hoping against hope that we would have more than the few potatoes that we got last year. The plants that you see in the foreground are actually volunteer potato plants that we dug up from the compost pile and planted in one of the bags. We don’t like to waste anything.

And today was the big reveal. 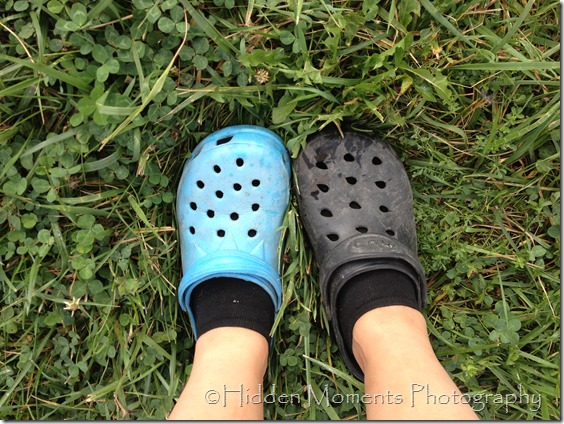 No, that isn’t two feet from two different people. That is me. I couldn’t find the matching clog from either pair so I just went with what I had.

I bet that pretty soon you are going to see vast numbers of people wearing mis-matched fake crocs.

You know you want this look.

Ummmmmm, where was I? 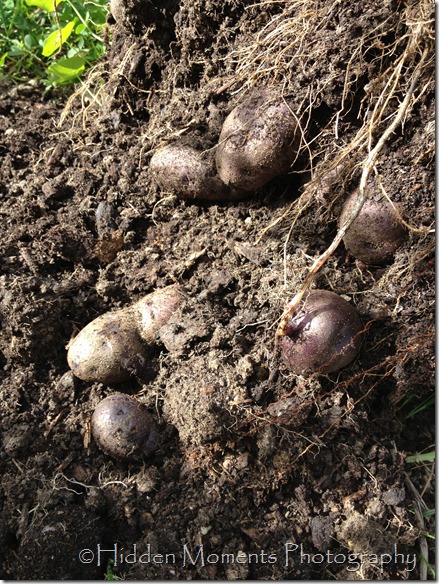 Folks we have potatoes!!

I will refrain from describing the squealing noises that we made when we realized that there were actually fairly decent size potatoes in the bags. 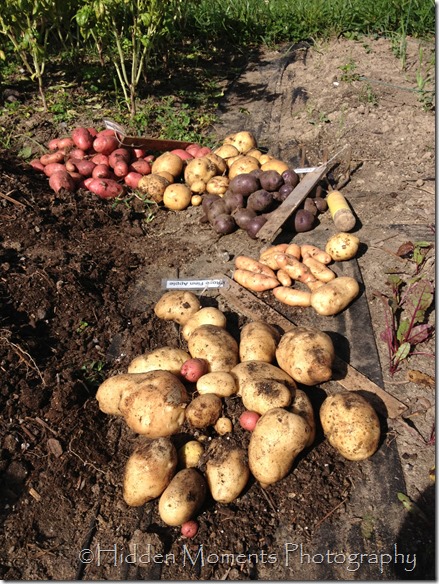 And of course I bring home potatoes from the garden on a week when I am not going to be cooking a meal until the weekend.

But guess what we are going to have on Sunday.