I am now going to bore you silly with several posts totally consisting of what we did at the family reunion in NYC.

It cannot be helped. And it cannot be done with just one post. And you will probably all leave me after this. But it is my blog and I can do what I want with it.

And in lonely silence.

So, I have blathered on before about “The Family Reunion”. We have reunioned in Hawaii, Alaska, Idaho, Ohio, Virginia, Illinois and Utah. This year was NYC. A convenient 8 hour drive from Chez Knit. It is never a difficult drive. Or at least it hadn’t been until this time…….

We are zooming along 80. We zoom past one of those signs that gives you traffic info and that you hope you can read as you zoom past it.

Hey honey? That sign said that 80 is closed 5 miles ahead because of an accident.

And it was. BUT, and that is a big but, we were some of the people at the “head” of the line of traffic that was quickly being shunted off the highway, over the over pass and into a LONG detour. But HHBL said..

WE aren’t going to do that. We are turning around and going the other way. I have GPS! We can find an alternate route.

So we did. We turned around and followed the GPS….into the hills. And down into the valleys. And up into the hills again where we saw signs that said things like, “The road is not maintained in the winter.” And I could have sworn I could hear a banjo playing Deliverance as we drove by some homesteads. Shoe Queen was totally freaked out. And finally we found a road that other people were on and that road led us back to 80. And by the looks of things we had beaten all the traffic that had been directed off the highway!

Not that we are competitive or anything.

And we finally arrived in NYC, or to be more specific Queens, and checked into the hotel. We chose to stay outside of the city because we wanted to be close to where Cartoon Girl was. And besides, it is SO easy to take the subway into the city every day and we were just not going to pay to be able to park our car at the hotel in the city. Thanks but no thanks.

And so after we dropped our bags in the non-smoking room that reeked of smoke we walked to the subway station and went into the city for the first family dinner at the home of HHBL’s sister and family.

And the fun began. 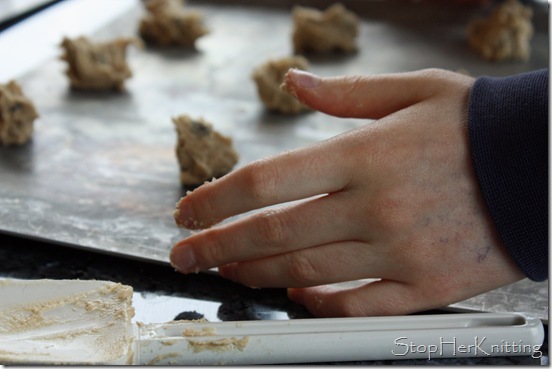 Older niece was in the midst of making cookies. Chocolate Chip cookies! Yum. They were gone in about 24 hours. 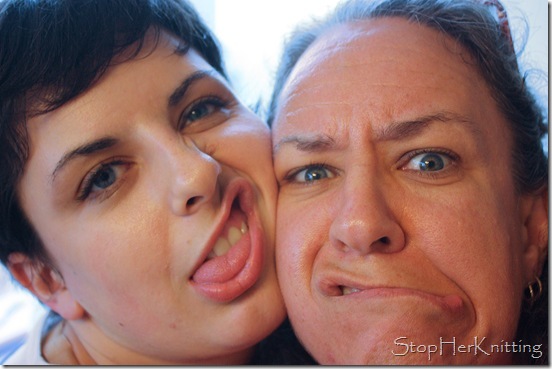 We were hungry! We needed food! So out came the cheese and the crackers and the….. 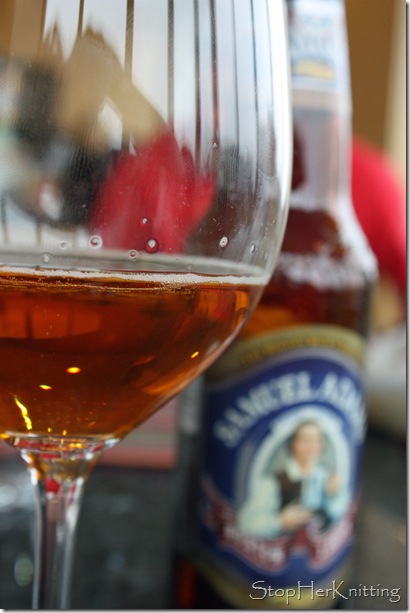 the beer while we were waiting for the food. The salmon! The shrimp! The lamb! All cooked by….. 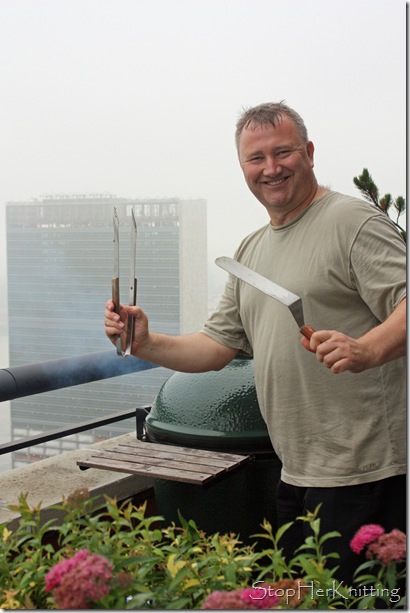 Mr. Norway, my SIL’s husband. This man knows how to grill. I had been hoping that he would be doing lamb and I was not disappointed. Oh it was good.

The weather that first evening wasn’t all that great. It wasn’t actually raining but it was fairly foggy and you couldn’t really see the lovely views from their upper patio. What you would normally see would be this…….. 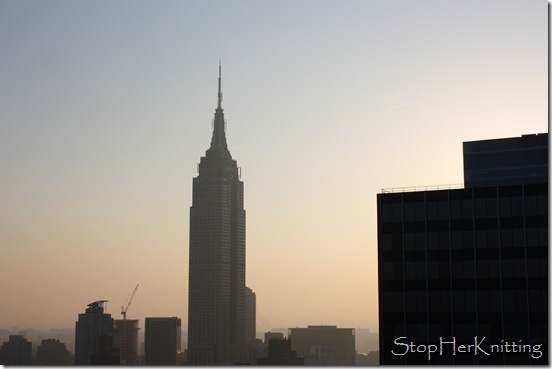 But that first night what we actually saw was this……. 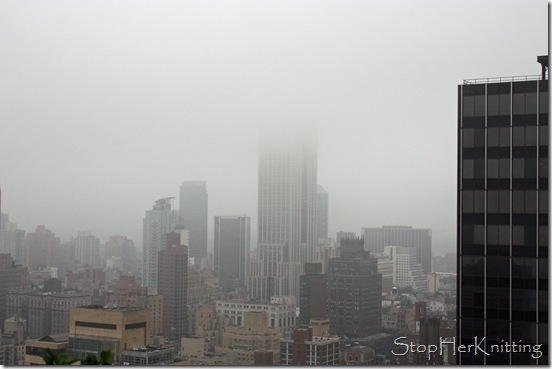 We made do. I don’t think you can really complain about the view even if you can’t see the top of the buildings. We contented ourselves with taking pictures and eating and drinking and just generally having fun together. 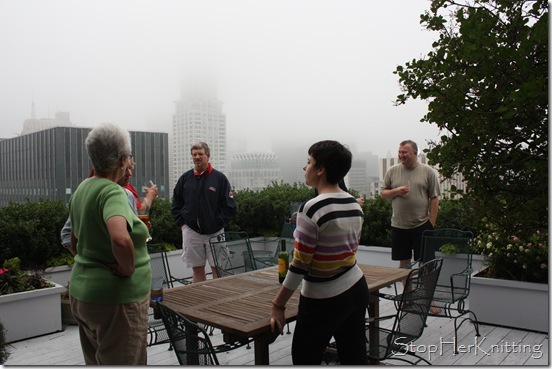 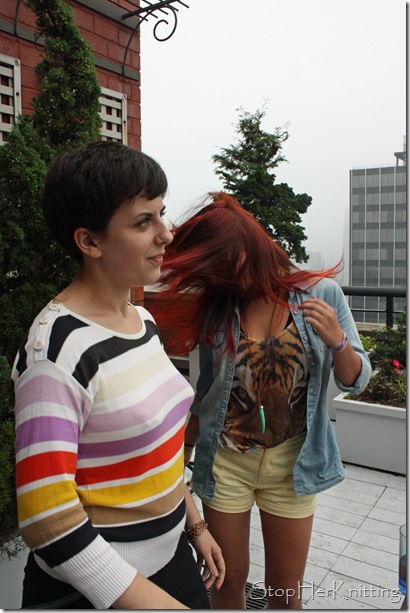 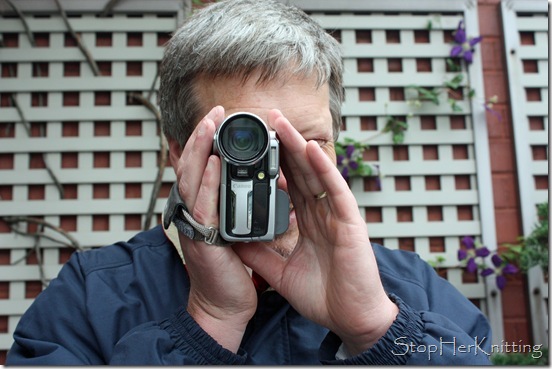 Some of us actually wore our official family reunion tee shirts. For some reason the progeny don’t seem to want to wear theirs. 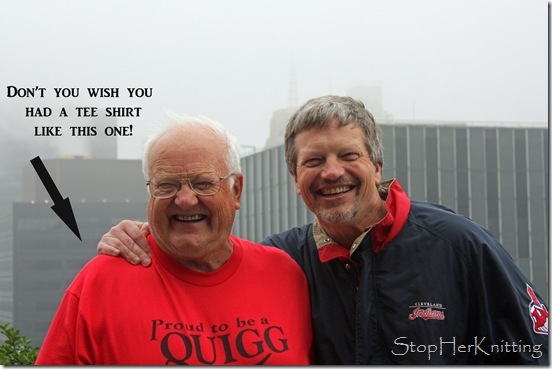 I don’t understand why they don’t want to wear them. Who wouldn’t be proud to be a Quigg.

Next up whenever I get to it are some of the things that we did and saw.