Ummmmm, I forgot something that I was going to put up on the blog.

I am blaming my Harry Potter Hangover for this one. Yeah, it is all HIS fault.

So a few weeks ago my old friend, Christiane over at The Mom Chef, had a birthday party for her daughter Dudette.

Have I told you before that I love Chick-Fil-A.

Have I used the phrase Chick-Fil-A enough in the post already?

And I wanted to be adopted for the day so that I could have the Chick-Fil-A cow come to MY party. But that would be difficult because, sorry as I am to say this, Christiane is younger than I am. Not THAT much younger but younger. And so adoption might be a bit difficult.

But Christiane knows that I love Chick-Fil-A.

And so, being the excellent friend that she is she did something for me. 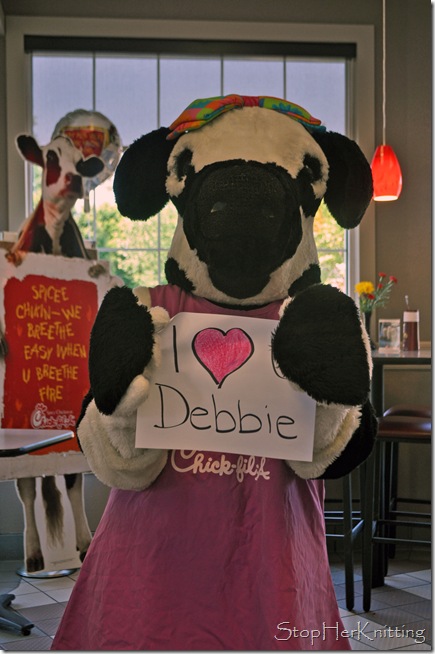 Oh yeah. I am blowing this one up and putting it in a frame.

Thank you Christiane, you made my day.