Well, for the moment it isn’t raining and that is saying something. Although we did have some thunder this morning. And there is rain predicted for tonight…and Saturday….and Sunday…..

I have the lumber for my ark being delivered next week.

But for the moment it is dry and hot (for Cleveland that is) so that meant that LookLeap and I could finally get out to the Community Garden to get some stuff done and planted.

I was afraid, very afraid, of what the garden plot was going to look like. We hadn’t been out there for at least two weeks and we have had a lot of rain and the fellow that had the plots last year just pretty much stopped taking care of them about July. We still don’t know what happened with him. His garden was huge and producing all sorts of things and then he just stopped harvesting and the zucchini got to be the size of the Hindenburg and the tomato plants were practically falling over they were so heavy with unpicked fruit.

And his beets all went to seed. Oh my heart broke to see that.

But we didn’t harvest anything, we just let it set there because even if there were others who didn’t follow the rules, LookLeap and I remembered….. 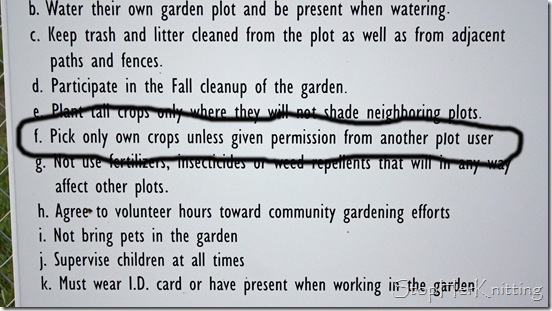 But it is a new year now, and the parks and rec department rototilled the plot last fall and really, there weren’t nearly the amount of weeds that I thought there might be. AND we didn’t have the Mississippi river running through the plot.

And remember, a number of weeks ago, before the 16 days of rain came, we had gotten out there to lay out the beds. 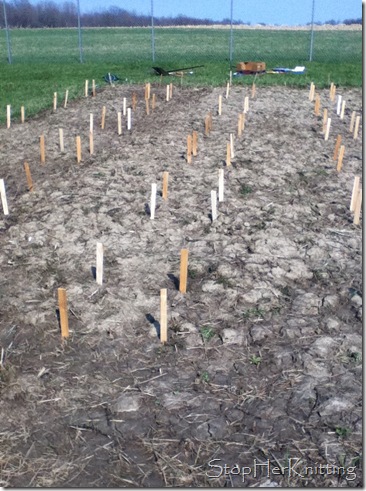 But there was still much work to do before we could actually plant anything. Several weeks ago, again before the “dreary time”, LookLeap had gone out and spent some time scraping out the paths and putting dirt into some of the lower beds.

I was conveniently, cough cough, busy with something else on that day.

And today we spent time putting down newspaper and straw in the paths. 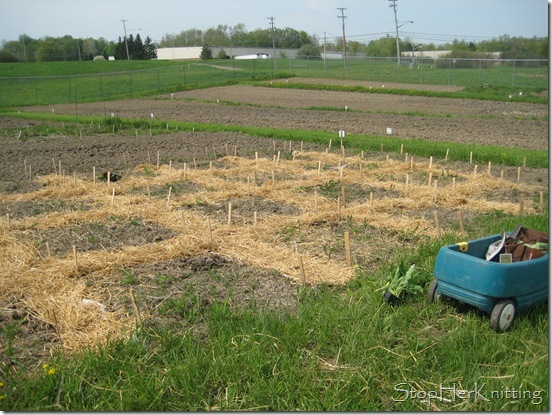 Oh the geometric beauty of it all.

But, this is also what happens when you are laying newspaper down in the garden. 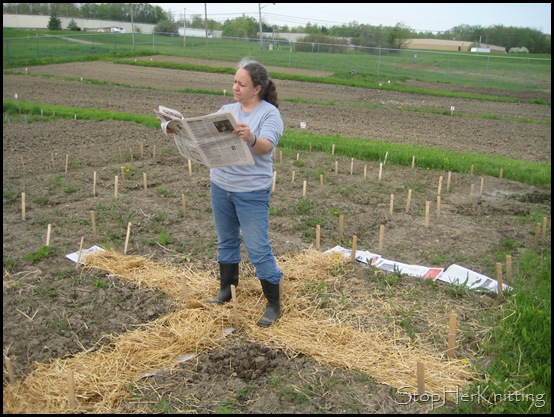 I don’t remember reading this article!

What you can’t see is that, other than Master Gardener Sharon, we are WAY a head of anyone else in the garden.

Not that I am competitive or anything.