Lets talk biking shall we.

You know you want to. And because I share everything with all three readers who wander over here I thought I might start an occasional update of my training for…..

Because I am a crazy 51 year old nut case who has decided to challenge herself.

But I just haven’t been able to get it out of my head that I need to do something a bit more challenging in the exercise department. At first I contemplated training to run a marathon….

After I had finished laughing at that thought I pulled myself up by my bootstraps and talked myself out of that one. No thank you. I don’t like running.

Let’s just say I will never fall flat on my face.

And then I was chatting with HHBL, the man who clocks 1200 miles a year on his bike, about maybe taking nice, leisurely bike rides around the neighborhood in the evening as the sun is slowly setting and all is right with the world.

And he casually mentioned what we will now be referring to as P2P.

And I knew immediately that was it.

And I asked him if he thought that I would be able to train enough to do the ride.

And being the supportive husband that he is he said, SURE! And I can be your trainer. 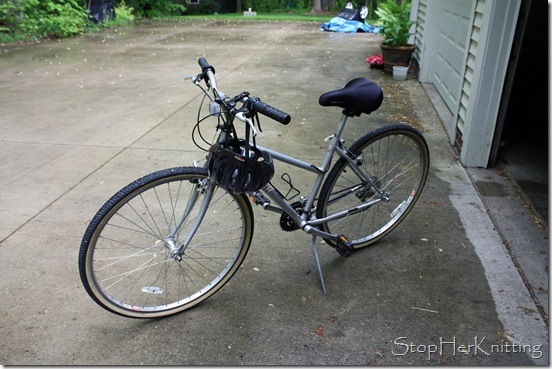 Meet my trusty steed Hi Ho Silver. Her swiftness is unmatched. Her sleek lines are such that sonnets are written about her. Or at least the occasional Haiku. 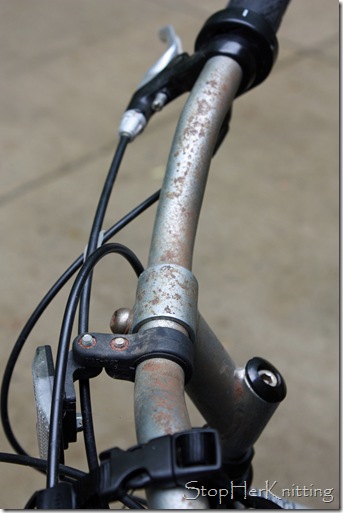 Please ignore some of her flaws. She cannot help it. Perhaps she spent a winter in the shed. I have apologized to her and asked her forgiveness and have sworn on my padded bike shorts that it won’t ever happen again. 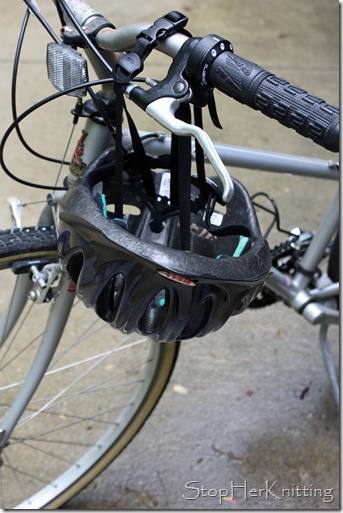 We are all about the safety here at Chez Knit. We don’t run with scissors…much. We wear our bike helmets even when riding around the neighborhood. 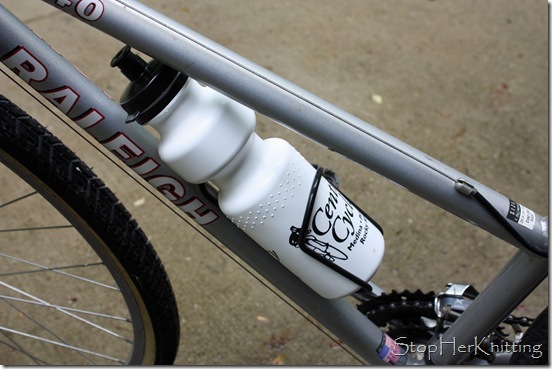 It is always important to have your water bottle filled and at the ready. HHBL can ride at blinding speeds and drink from his water bottle at the same time and then put it back in it’s holder without difficulty.

I tried that on Saturday during the 10 mile ride that he pushed guided me on.

I won’t be doing that again for a while I can tell you. Oh I reached down and pulled the thing out and took a drink all while zooming down the road without too much difficulty. In fact I spent a brief time mentally patting myself on the back for my Lance Armstrong like qualities. But then I realized that what comes out must go back in and that little maneuver requires me to ride with one hand, grip the bottle firmly and put it back….all without taking my eyes off the road. There was much swerving and bad words and I managed it but it was so sweat and nerves producing that I am not trying it again. 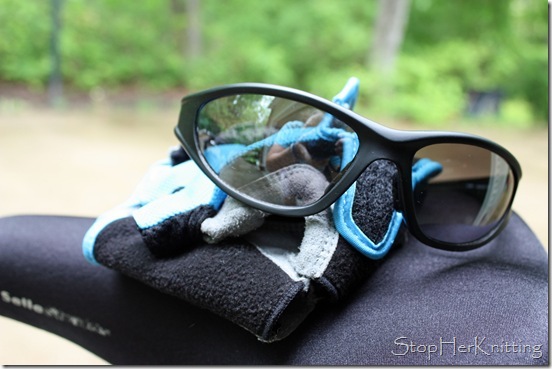 No really you do need gloves, or at least I do. When I did this ride I didn’t have any gloves and my palms were barking at me for days afterwards. Really barking.

And the glasses, even with all the cool factor are really necessary. Because of bugs.

And I already snorted a small gnat up my nose last night as I was laying in bed so I would like not to have any in my eyes. Don’t ask how the whole bug up the nose thing happaned. I have no clue. I just know that all of a sudden he was taking a swift ride up my nasal passages and I could feel him up there so there was much blowing of my nose and trying not to panic. 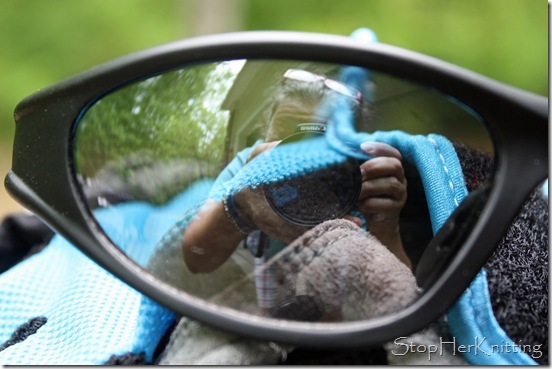 I had to take this picture. You know I did.

So, the only other thing is to decide whether I should keep a running “miles ridden” tally on the blog in the side roll. What do you think? Should I? I have ridden a whopping 22.91 miles so far.

Try to contain the excitement.