Garden update because I know that you are absolutely dying to know. By the way, the following pictures are SOOC (straight out of camera) because, well, I just don’t feel like fiddling with Photoshop Elements today.

I am lazy, what can I say. The sun is shining as I write this and I am overcome with summer lassitude. So any blurry or off color pictures will just have to be excused.

Things are growing. Which is good because it is a garden after all. 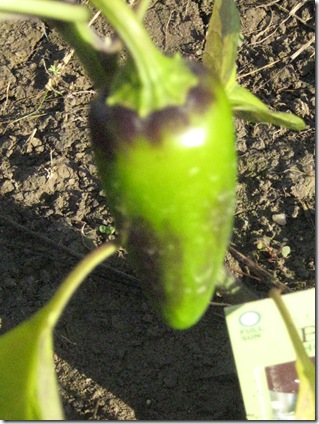 This is a jalapeno in case you can’t tell. The camera evidently focused on something other than what I was telling it to focus on and I didn’t have my glasses with me but it is a jalapeno. There are others on the plants. I am hoping for enough to enjoy pico de gallo later on. 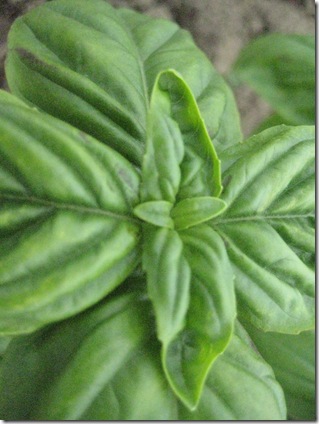 The basil continues to be awesome. Picked a bunch and just waved it in the still, humid air so that we could enjoy the fragrance. Of course, I also took it home and made some pizza for lunch. Yum. And there is a bunch sitting in water on the counter ready to be made into pesto sometime next week. Be still my palpitating heart. 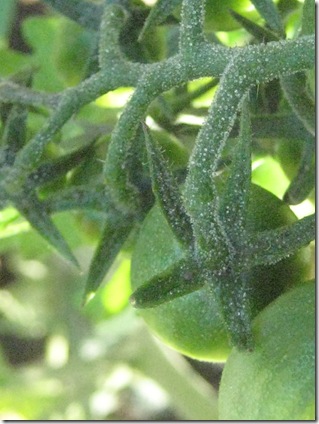 Oh and there are tomatoes. But darn it why can’t they ripen faster. They are calling me. I can taste the BLT’s in my future. And the tomatoes and mozzarella cheese and basil with just a drizzle of olive oil. 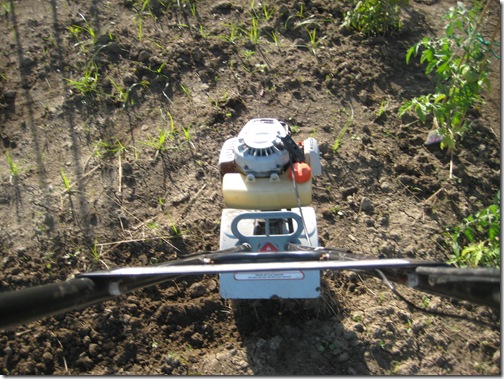 Oh yeah, power tools. Lookleap brought the little rototiller. There is nothing like the smell of gasoline and the roar of gardening equipment early in the morning. Amazingly the ground wasn’t all that wet. Believe me when I say that earlier in the week part of the garden was under water. The zucchini hills were islands.

We took turns tilling the earth. I felt very Johnny Appleseed. Only without the apple trees. Cuz this is a garden and not an orchard. 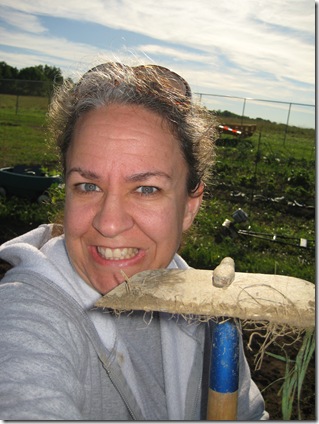 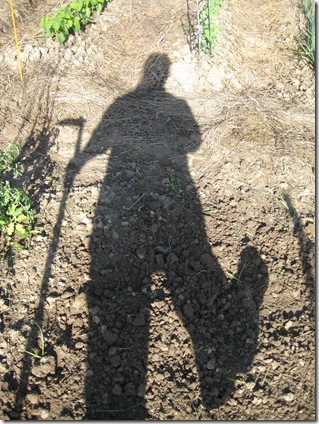 At about this time LookLeap suggested that I might want to stop taking silly pictures and get back to work because there was stuff to weed and plant.

She is such a slave driver. 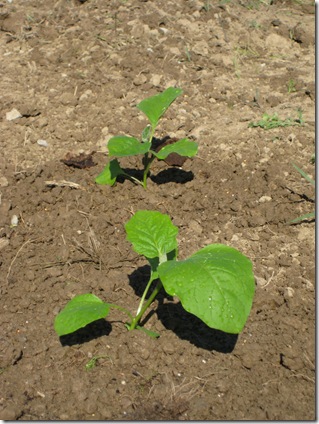 Does anyone have any idea what kind of plants these are? Seriously we don’t have any clue. Someone had left a bunch of plants on the trailer that holds that water tank. We looked at each other and thought, what the heck, lets plant them and see what we grow. But it might be nice to actually know what we are growing.

I am pretty sure that it is isn’t marijuana…….. 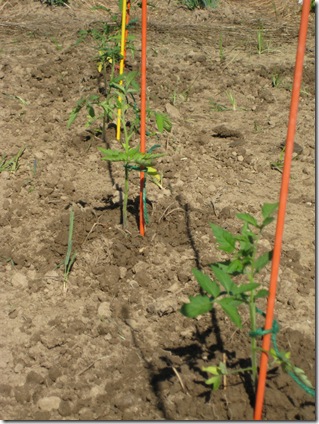 The nice person who had left the unknown plants mentioned above had also left an entire tray of tomato plants that were tall and a bit spindly and crying out to be planted somewhere. No tags to tell us what kind of plants they were.

But we are risk takers are LookLeap and I. And beside, they were free. I love the word free.

So we rangled out 6 of the better looking plants and stuck them in the freshly tilled ground. It is a bit late to be putting in more tomato plants but what the heck. That will make 18 plants I think. If they bear even half way well we will be drowning in tomatoes.

Really, we should have our heads examined.

In all seriousness, and yes I can be serious upon occasion, this garden is just what I need. Soothing, a chance to dig in the dirt and then eat what we manage to grow. And we have met some of our garden "neighbors". It is a community garden after all and I think that it is a good thing to use it to get to know some others who live in my little town.

It was really the nicest thing for LookLeap to ask me if I wanted to be involved. She could have just done it all herself but she was a good friend and asked. Of course, she then has a second pair of hands to weed....but I am sure that wasn't her first thought...

And then, when I was filling up the water cans to water the plants I happened to look into the large garbage can that sits next to the water tanker.


Hey! Those look like little tiny baby radishes that someone has culled…… 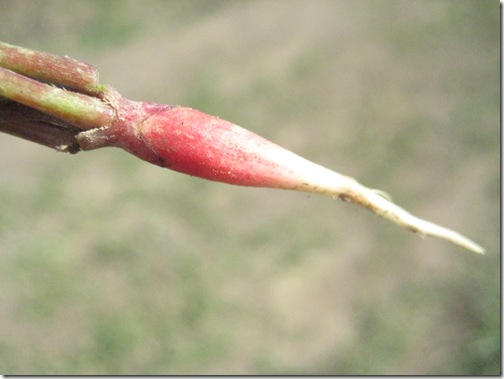 Oh aren’t they lovely. They are so tiny and lonely and lovely. I know that you have to prune/cull them to make the rest of the radishes happy and grow better. It is one of the painful things about gardening. A necessary evil 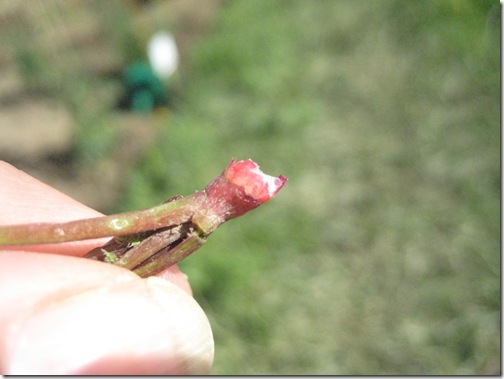 Hmmmm? What? The baby radish is gone?

And it was good.

And it was very zippy.