Hello, my name is Debbie and I have a daylily addiction

I am not sure when it started, perhaps it is some genetic thing. I think, more likely, that it is tied to the summers at my parents cottage in NW Indiana. They have owned The Cottage since 1967 and for many years the street that The Cottage sat on was lined with those bright orange wild daylilies. Tons and tons of them. And over time people had dug some here and there and added them to their own landscaping. Papa certainly had, they were a major part of the flowerbeds. Really, you can’t kill these things. The deer don’t eat them, the groundhogs turn up their noses and run for greener pastures. The bunnies are too short and can only look longingly.

The daylilies were always there, bright and sunny and happy.

So, when we built this house 10 years ago and I had the idiot who knew nothing about plants whatsoever landscaper do the initial work on some of the beds I had the doofus him put in daylilies. I didn’t care what color they were, I told him to surprise me. And so they planted daylilies. And then I had to move most of said daylilies because they had been planted on top of the septic system.

And that was a BIG no no. Oh you should ask HHBL about his encounter with our septic woman, Lou, when she found that we had, in total ignorance mind you, buried the septic motor. Hoo Boy.

At any rate I transplanted all the daylilies and eagerly waited for the next spring and all my blooms.
And I watched the leaves grow. And I looked every day at the stalks that held the blooms. And I thought about how beautiful they were going to be

And then one morning I was greeted with this……. 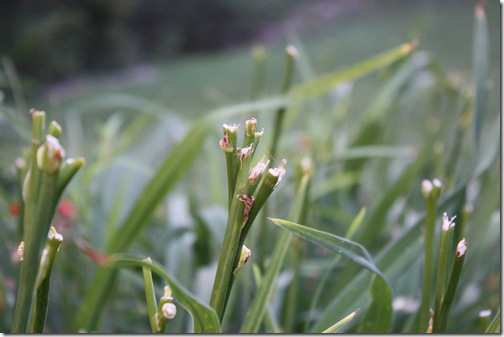 HEY!!!! Where are my daylily blossoms!! They were just ready to bloom.

I had been lulled into a false sense of security. I had forgotten where I lived. I had not remembered that these lived in the woods 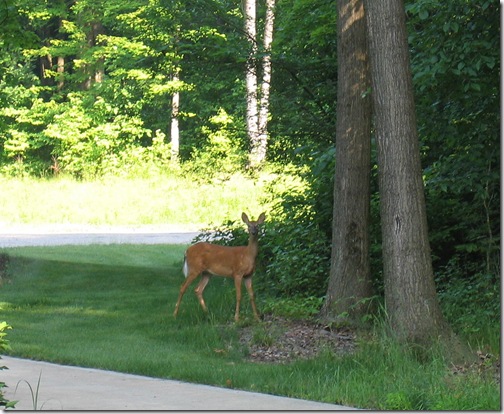 The marauders from the woods deer came and totally wiped out my just ready to bloom daylilies.

And I could hear their nasty little deer laughter deep in the shade.

And every year since then it has been just about the same thing. I would have some of the daylilies bloom, just a few. And then there would be daylily holocaust and I would think, “Next year! Next year will be my year.”

And this year seems to be “Next Year”. Because for some reason that is unknown to me, my lilies are happy and unmolested for the most part. I go out each morning and I just look at them and marvel. For the most part I never even knew what color they all might be because the deer never let them get that far.

And in this particular season of my life, where there is so much upheaval and uncertainty I am just taking the beautiful things where I find them. And my lilies are beautiful. 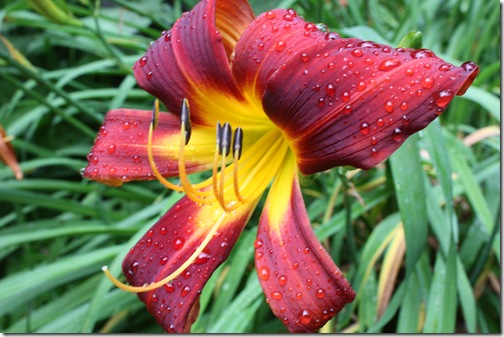 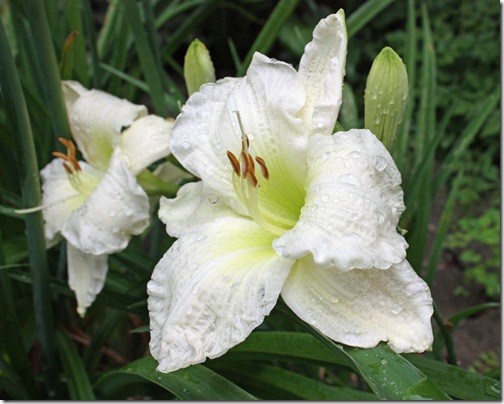 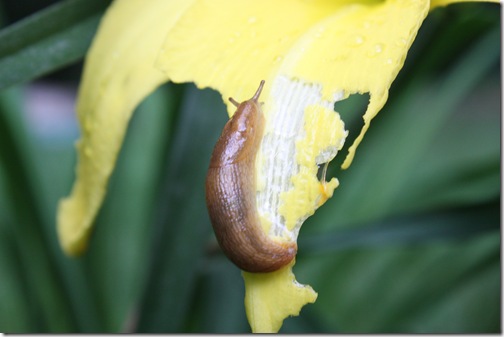 Into every life a little slug must slime. Believe me when I say that this was his last meal. 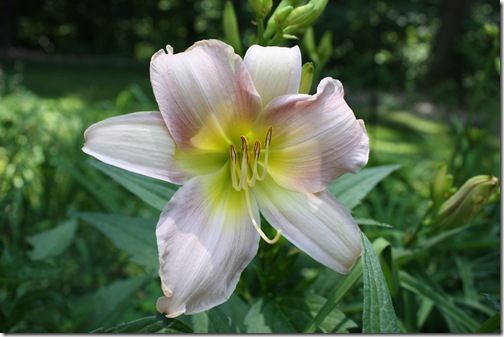 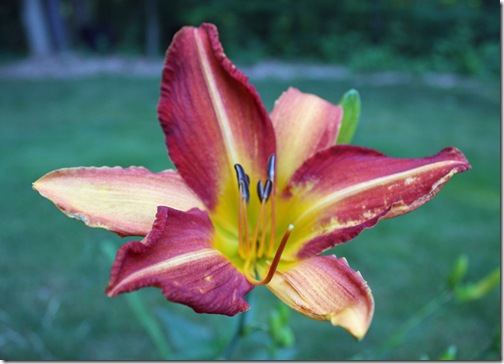 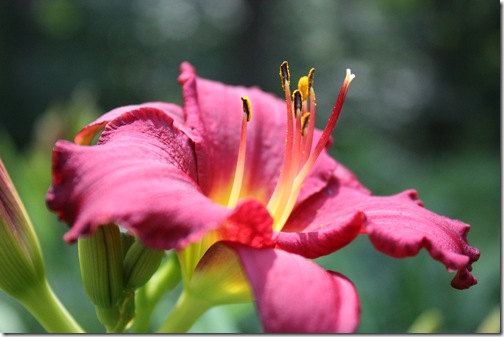 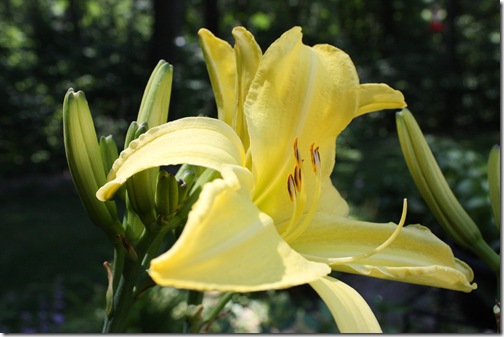 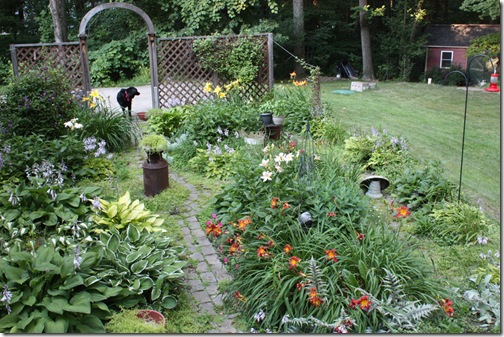 Oh I love daylilies.
Posted by Debbie at 3:12 PM