Funny how little things can bring back a flood of memories.

I should start off by saying that when the progeny were growing up they:

1. didn’t get to watch a boat load of TV and what they did watch was restricted. They watched A LOT of old musicals.
2. Didn’t have an Wii or Nintendo or any other video game system
3. Didn’t even have their own computers gasp! We ALL shared one.
4. Were sent out to play in the mud and dirt on a regular basis. Last time I checked kids were highly washable.
5. Were left to their own “devices” to play together and use their imaginations.

Well, because in the mail there arrived one of those envelopes that held these: 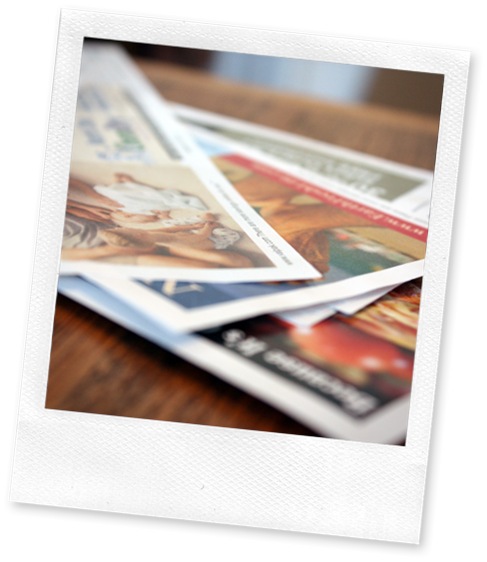 These are those coupon things that come in the mail, you know the ones that can get you a dry basement or pizza at a reduced price or some other service that you didn’t even know that you needed. They come in the mail about once a month and be honest with yourself, you never open it. You just toss that thing right into the “circular file” and go on with your day.

Most of the time now I toss them as well. But that wasn’t always the case. When the progeny were of a certain age these things were highly coveted. We had a stack of them about 4 inches high in the basement. They were used for all sorts of things in the games that the girls would play in the basement. I think most often they served as money when they were playing store. I remember observing one of the progeny going through the “check out line” that they had set up (a play ironing board served as the bar code scanner) and then had over her “money” in the form of these coupons. I think we might even have video of that. I will ask HHBL.

And those coupon dispensers in the grocery store? I eventually had to restrict the progeny to one coupon a piece when we would go shopping. Otherwise they would be standing there collecting the coupons as fast as the machine would spit them out. I don’t think that was the manufacturers intention, to amuse my children.

Ah the memories. And the fact that they had great enjoyment out of the coupons and I didn’t have to pay a thing to get them. THAT is the kind of toy that I like the best.