African Toilets I Have Known

OK, I was going to write a post on something totally different Africa wise, like how we got from Entebbe to Bundibugyo but I think I will put that off until tomorrow. Since it is Monday and I feel like it I will wax eloquent on the different "facilities" that we were privileged to use while in Uganda and Rwanda. This isn't an exhaustive study by any means, just a random sampling and yes these are all pictures that I took of things that I used personally.

Hey! Don't go away, this is going to be fun and instructive! We here in the good old US of A have no idea of the variety of different "poo recepticals" that can be used. I just want you to be informed of the different options should you be able to go to Africa. Just call me "Teacher" and then SIT DOWN and BE QUIET. 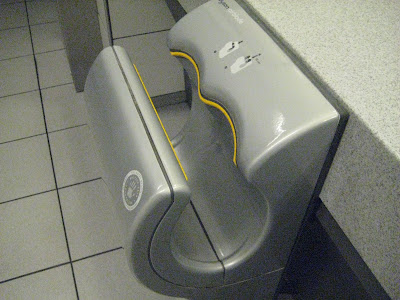 OK, so first up this really isn't in Africa, it is on the way to Africa. This is the hand drying thing in the Brussels airport. Why can't we have these in US bathrooms. You stick your hands down into the little slots and a hurricane blows them dry in about 10 seconds. I am not kidding. There was enough wind force to make my skin blow around and bunch up and.... 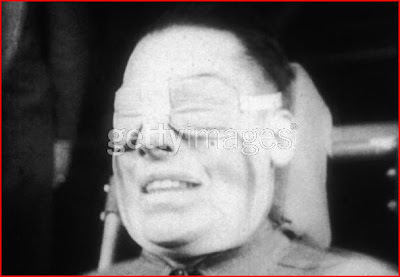 Well, look like this guy's face. A picture that I just spent WAY too much time looking for and fussing over but I want to give everybody a totally accurate picture. Thank goodness no one else was in the bathroom with me because I spent way too much time standing there and putting my hands into the blower, and taking them out, and putting them in, and taking them out and...... 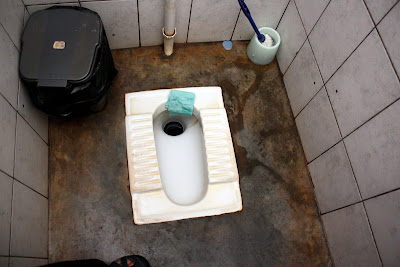 Now this lovely little number can be found at the university that The Engaged One is studying at. FIRST OFF, that TP is NOT mine. It was there when I entered. I left it where it was and went on about my business if you know what I mean. This was actually a nice, clean and not smelly little building. They provided you with toilet paper (that is often not the case, I always am prepared) and there was a place to wash your hands. Golden. 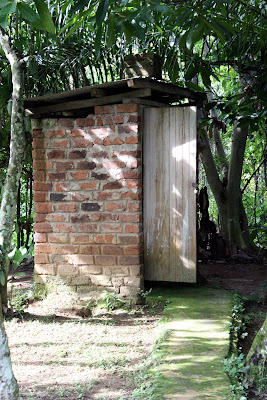 Then there was this lovely number. This is a "choo", otherwise known as a pit latrine. These are very common and what you will find in most rural places. Some are better than others. This was not one of the better ones. I only have a picture of the outside because, frankly, it was too dark inside for me to even take a picture. I know because, me being me, I tried.

Do I need to explain how a pit latrine "works"? Ummmmmm, there is a hole in the ground.....you put your feet in a certain spot, you squat..... I think that is enough explaining.

At any rate, this was a really dark choo. I mean really dark. You enter the gloomy, fragrant (and not in a good way) interior and you squint your eyes to try and locate the hole. It has to be there, because well it is a choo. Is that it over there? Oh I hope so, I really do. Because if I am mistaken then this is not going to be pleasant, no that it is anyways. Also, as you are "dropping trou" so to speak you really hope that there isn't anything else creepy and crawly that is sharing the space with you. I had just seen a rather large millipede outside and was hoping there wasn't one inside as well. Thankfully the "mission" was accomplished. 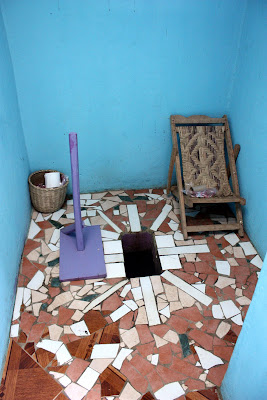 Now this choo belongs to my new friend Pat. You are going to meet Pat this week and let me tell you she is one cool woman. She has served since 1993 with World Harvest Mission in Bundibugyo, Uganda. But I digress. This is a picture of Pat's choo. It is a thing of beauty as choos go. Pat is many things, one of which is an artist, and she expressed her artistic side with the mosaic floor and bright colors in the choo. I mean, if you have to use a choo you might as well enjoy the experience right? This thing smelled as clean and fresh and a newly diapered baby's bottom. And I really like the "choo cover". Very clever. 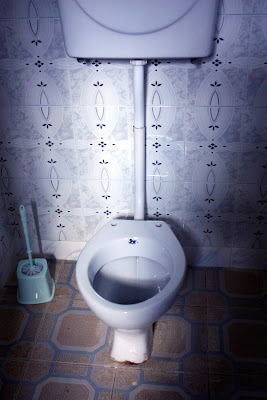 Oh and where is this lovely throne you might ask. Well, we stayed overnight at the Hotel Vanilla (yes that was it's name) in Bundibugyo, Uganda. It was the best that Bundi had to offer. I will give you the whole scoop another time but I thought you might like to see the toilet. Is there something missing? Something vital if you are say a woman? Yes, there is no toilet seat, just cold cold porcelain. And there was no light bulb either. But of course the hotel only has electricity from 6p to 10p at night so a light bulb would not be necessary. But a toilet seat would have been nice. Especially early in the morning. It was a rude awakening I can tell you. 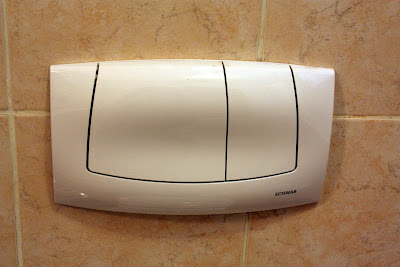 Now this isn't the actual toilet, obviously. This is in Kigali, at the Chez Lando hotel (which had hot running water and was rather nice). this is the flushing mechanism. Two buttons, one for regular business and one for "big" business. If you need me to define big business.....you have come to the wrong blog. 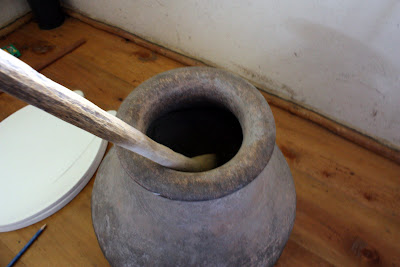 And finally, this lovely little stopping spot was at the top of a mountain at a rather nice lodge outside Ruhengeri, Rwanda. To stay at this place is about $400/night so obviously this was NOT where we were staying. However, we did have a nice lunch there and then had the pleasure of using the "facilities". I should say right off the bat that despite the price tag to stay there this place has no running water or electircity. What they do have is a composting waste treatment system. I will not give you all the details, although I can. What I will say is that after you have used the unit, if you have deposited "solid waste" then you must take a scoop of ashes that are in the large pot next to the pot and sprinkle them down into the larger hole. The thing that was rather disconcerting about this particular system wasn't that it was composting and you needed to sprinkle the ashes. No it was that when you opened the toilet lid that there were two obvious "holes" and that you were supposed to do "liquid waste" in the one and "solid waste" in the other and that under NO CIRCUMSTANCES were the two to mix. The system would fail, the lodge would close and you would be tracked down but the former poachers in the area who are now guides to see the gorillas......

OK, that was a slight exaggeration but it was close....or not.

So, that is my survey of "African Toilets I Have Known". Aren't you glad you stopped by. And when you use the necessary room today just give a little thanks for flushing toilet and running water.
Posted by Debbie at 7:51 AM