Yeah, I seem to have taken a bit of a blogging break. Unintentionally mind you but there it is. I dropped off the face of the blogisphere. It isn’t that I didn’t have anything to say….we all know that I always seem to have something to say. In fact I am sure that HHBL would love for me to shut the old pie hole when I get started on telling him some amazing historical fact.

Everyone wants to know the names of the four Japanese aircraft carriers that were sunk at the Battle of Midway right?

No, I took an unintentional but perhaps really good for me blogging break. 2014 for me was a busy and emotional and confusing year. It was really just an extension of 2013 which was a REALLY busy and emotional and confusing year. Some years or stretches of years are just like that. But on this first day of the year I thought I would look back at the old year that has just gone and think about some of the things that I have learned or realized over the past twelve months.

I Still Have Too Much Stuff
Yeah, I know that we spent approximately two years cleaning out OCK before we ever moved and that meant that we got rid of 4 garages worth of stuff as well as too many car trips to Goodwill to even be counted. I am still amazed by all that we owned and didn’t use. And still, even after all of that and the times since the move that I have taken many things to Goodwill, I still feel weighed down by too many things. It is hard to let go of things that aren’t broken or no longer of use. They most likely have value. They may definitely have sentimental value. But if we haven’t used it in a year then it is pretty likely that we won’t use it. And it needs to go. Having piles and piles of duplicate things makes me antsy. This does NOT apply to yarn stash obviously.

So another purge of the homestead is taking shape during the winter. Sooner rather than later.

I Must Take Time For Myself
This may seem like a “Duh!” and no brainer sort of statement to make. But I need to remind myself of this on a regular basis. The second half of 2014 came on me like the Tasmanian Devil and just blew my life and routines all to heck in a hand basket. There were times when I didn’t know where to find the time to sit down and read a book. I needed knitting therapy and just couldn’t find the time unless I took the knitting to work with me and knit on socks while I did research. Thankfully HHBL (who is my boss) understands that sometimes I need to be knitting as I am working. I try not to abuse that privilege but sometimes it is either knit a bit or pop my head off my shoulders like Krakatoa blowing.

2015 will find me being much more mindful of making sure that I have time to do those things that satisfy me on an emotional and creative level.

I Still Hate Liver
I just thought I would throw that one in. And at 54 years of age I have decided that it is OK not only not to like certain foods but also to express that dislike. Bananas I can take or leave. Orange juice, unless fresh squeezed, can just pass right on by me. Marshmallows are absolutely disgusting, unless they are toasted over an open flame and then surrounded by chocolate and graham crackers. Sweet potatoes and I are never going to get along well. And if you add brown sugar and cinnamon and marshmallows to them….it SO isn’t happening for me.

Grief and Letting Go is a Part of Life
2014 was the year of letting go of things that had been a part of my life almost all of my life. My mom made the decision to let go of The Cottage. TC had been a part of my life since about the age of 7. It was the place of relaxation and ice cream and long days in the sun. We all miss it but it was SO the right decision for mom to make. I will tell you about TC one of these days. My mom has also made the decision to move to FL. Her new place is all furnished and ready for her to move in….in about three weeks. That means that December 27th was the last day that I will ever spend in the house where I grew up. I knew it was coming and am very supportive of my mom’s decision. But when the time actually came to walk out of the house for the last time I was overwhelmed. However, it isn’t the place that is important. It is the people that you are with. And good memories can be made wherever you happen to me.

Eating Well Makes a Big Difference.
And when I say eating well I mean cooking as close to scratch as possible. It doesn’t take all that much more time but I can tell you that I feel a heck of a lot better when I am not cooking with or consuming things that are highly processed. Consequently I am buying a pressure canner so that I can can larger variety of things.

I Love Being a Wedding Coordinator
HHBL says he knew I would. He is usually right about these things. Maybe it is because I get to make lists and tell people what to do. Just remind me next year NOT to sign up to coordinate a wedding on New Years Eve. It went well but still, NYE!

Rules Are Made to be Broken
I am reminding myself of that every day. Know the rules of photography and then break all of them and see what happens. The same applies to knitting. But it does not apply to the speed limit.

I Miss Blogging, Even if Everyone Leaves Me
If I fall into the trap of thinking that I can’t blog if I don’t have something relevant to say then I won’t ever blog again. When have I ever had anything truly relevant to say. So I am just going to blog and not worry any more about who shows up and who doesn’t.

Well, I think I am going to stop now and go and watch a movie. Baylor managed to lose a game that they should have won and I am glad we don’t have cable so that I couldn’t watch the game thereby saving my self from have a stroke yelling at the TV and Max more nervousness. 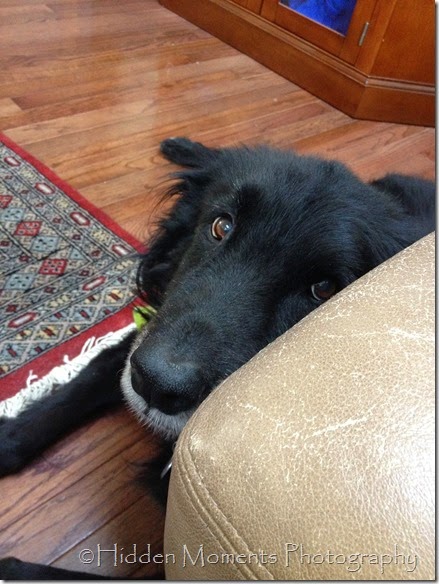