My crock pot….we are best friends. In fact I have more than one crock pot. You know you need various crock pots in various sizes to do various jobs. I have the standard round one. And I have a BIG one that is really more like a roaster than a crock pot. It can easily handle an entire turkey. And I also have the oval one that has the switch that has 4 hour, 6 hour, 8 hour or 10 hour capabilities.

Or should I say that I USED to have a crock pot like that. I still had a functioning one at 8:30a this morning. It was sitting on the counter, plugged in and just beginning to slow cook a gnarly old piece of beef that I unearthed from the bowels of the deep freezer. It will make very tasty French Dip sandwiches for tomorrow night’s dinner. HHBL and I were standing in the kitchen, right in front of the slow cooker actually, talking a bit. I was on to the next project in my morning, making an apple pie for dessert for tonight. I was peeling apples and chatting when….

The crockpot gave an almighty poof of smoke…yes I said SMOKE and gave up the ghost.

Scared the ever loving poopy right out of me. And made me very glad that I hadn’t left the thing working for the day when I would have been gone. It blew the fuse so I unplugged the thing, ran downstairs and flipped the circuit breaker, came back upstairs, tested that the wall socket was working by firing up the electric kettle and then went to plug the crock pot back in to see if I could figure out what had happened.

It blew the circuit breaker again and also did this to the plug. 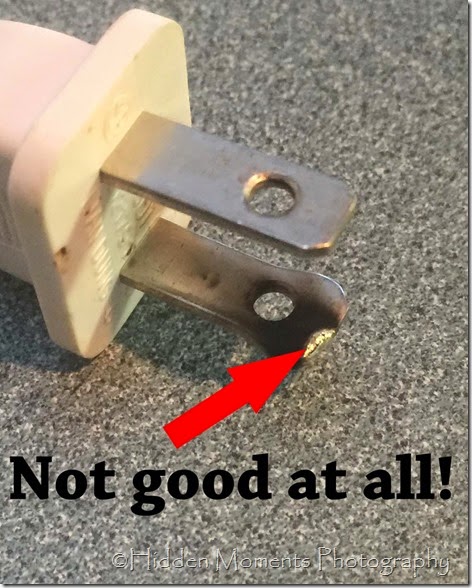 Hmmmmmm. I might not be a smart woman but I think this is an indication that there might be something wrong with my crock pot.

And then of course, because this couldn’t possibly be MY fault, I got mad at the makers of the crock pot who obviously make an inferior product that didn’t last me more that a couple of years. And NOW I am going to have to go out and spend money to buy a new one because of their shoddy workmanship and I really aught to write a scathing and highbrow letter to them or better yet TWEET my displeasure to the world.

After I had vented a bit, but VERY thankfully didn’t vent to the internetz, I got out the other crock pot, transferred the meat and cooking liquid to that, got it all fired up after resetting the circuit breaker yet again and picked up the carcass of the now completely shot and no longer of use to me crock pot to transport it out to the garbage can.

Did I mention that it was my favorite and that I use it several times a week?

And that is when I realized what actually happened.

And, you guessed it, it was caused by me. Myself. Moi. 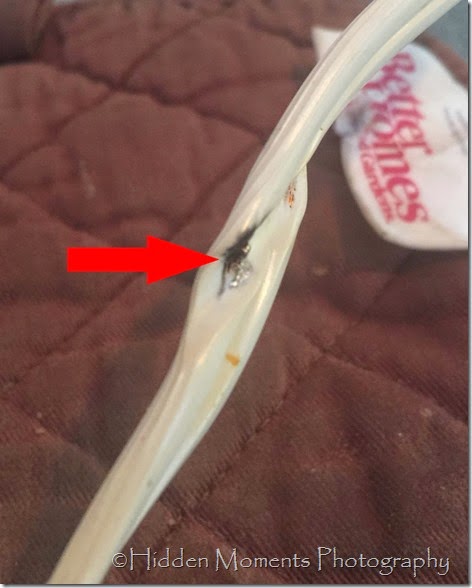 It was when I found that the cord was fused to the metal body of the crock pot that I surmised what must have happened. I think, and this is only a guess but I am thinking it was a good one, that when I set the lid on the crock pot and plugged it in that the cord was actually trapped under the lid at the back of the pot in a spot that I couldn’t see. The outer shell of the pot is what gets very hot and when it got to a certain temperature it…

BOOM! Melted the cord and shorted the whole thing out with a mighty, underwear dirtying, pop and poof of smoke. The cord was melted to the metal lip of the crock pot.

And not only was it stuck there……. 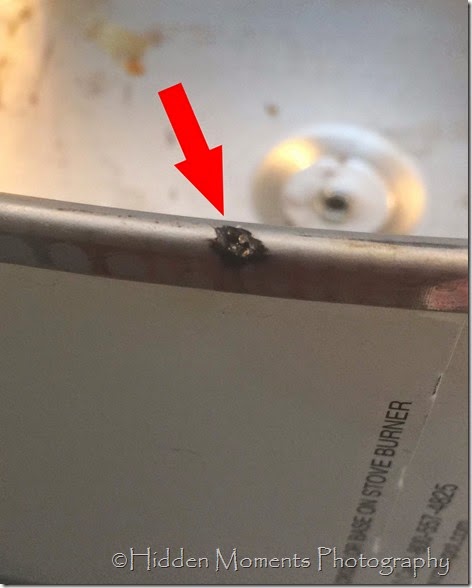 It literally burned a hole in the metal rim of the crock pot.

Mother Mary and all the saints in heaven!

Let this be a lesson to you. Make sure that the cord is as far away as possible from the very hot lip of the crock pot when you set the thing up and go away for the day.

And just as an aside. I thought, for just a tiny second but only a tiny second, that I could keep the inside of the crock pot and use it in the oven to cook things.

But then I dope slapped myself and put it in the big load of stuff to go to Goodwill. Saved by the fact that I already have too much stuff and am trying to get rid of things.

But I am still going to replace the crock pot……Friday.