In Which We Step Into The Great Unknown 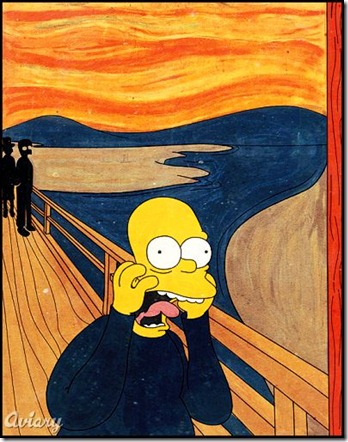 OK, I have to admit. It isn’t like Time Warner (Yuck, spit, patooee!) came and “took” the cable away. They don’t really want us to go on our merry, and cable free, way. They would like us to stay with them forever.…..

Liquidation Channel. I just don’t know what to say about that one.

Soap Channel. Well now that The Guiding Light is gone who cares? Oh, that would be me. I do not care. I don’t think I have watched a soap opera in 20 years.

I could go on but I won’t. We are taking our viewing choices by the balls horns and saying NO MORE! We will not be shaken down by the cable company just for the privilege of unlimited viewing channels. We have Netflix thankyouverymuch. And shelves full of DVDs. And the internet as well. For the small amount of time we spend watching TV this shouldn’t be all that difficult.

And yet, despite knowing that this is definitely the right choice brain wise and financially and every which way…..I am nervous and for some unknown reason upset about it.

No, upset really isn’t a good way to put it because I am not upset per se. I am just nervous. Change makes me nervous and quivery. You know how it is when something that has been there with you for years and years and years isn’t available anymore. You know you don’t really need it and can get along just fine without it but……..

I grew up in the age where there wasn’t any cable. We had ABC, NBC, CBS, PBS, WGN and some others that I cannot remember. I lived. I thrived. I read a lot of books. I went outside and occasionally got dirty. I tried to iron my polyester Barbie doll dresses on hot….not a good idea. I didn’t even know what cable TV was until I was in my early teens when I came across it at the house of some friends…..BarbN that would be YOUR house by the way. What was this thing that had multiple, multiple channels. The angels sang and I was hooked. Cable TV and I have walked hand in hand for many years. Happily, if expensively, spending time together. But no more!

I will admit that there will be some channels that I will miss. Discovery. TLC. The History Channel. Bravo! It is going to be a tad more difficult to watch Alaska: The Last Frontier or Yukon Men or any show that starts with The Real Housewives of…… But I can make adjustments. I am strong. I will persevere!

Today we declare our Independence Day!

I think I will go watch a movie on Netflix Streaming. Do you know that you can watch The Hunt For Red October on streaming. I have worn my DVD out so I can now watch it this way as often as I want. Wherever I want.