I had a re-shoot this morning for a client. And on Monday I have to go back and re-shoot the re-shoot. Sometimes those things happen.

Let’s talk about something else shall we? If I talk about today I am going to want to sink into a pit of craziness and I am already a bit off on a good day. Sort of like that gallon of milk that you sniff but you just aren’t sure…….

We spent the weekend in the Big Apple visiting Cartoon Girl and spending a bit of time with the in-laws. I think my legs have finally recovered from all the walking that we did.

I think I will tell you about the first part of the trip. And save the second day for next week. We have to keep up the excitement around here. And besides, there are too many pictures to do this all in one sitting. 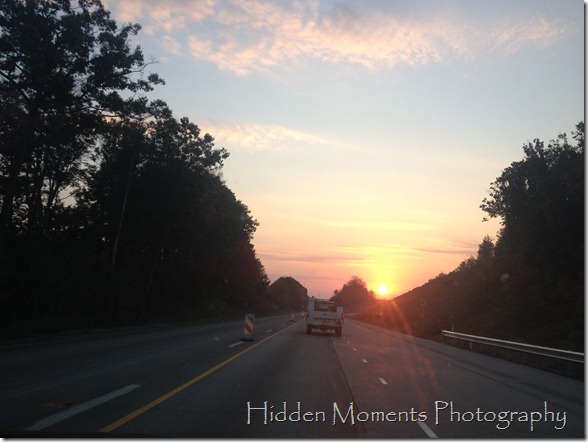 It was Zero Dark Thirty when we left. By this picture we had already been on the road for a while. 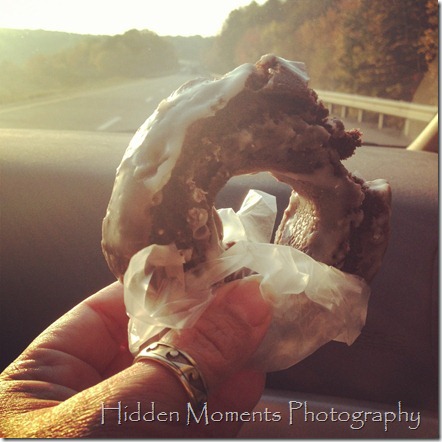 We made it into Queens, checked into the hotel, dropped the bags and then got on the subway to go into the city to go to the 9/11 Memorial and then to see Cartoon Girl, her office and have dinner in the city. Did you know that you need tickets to get into the memorial? I found that out a day before but it wasn’t any problem getting the tickets. 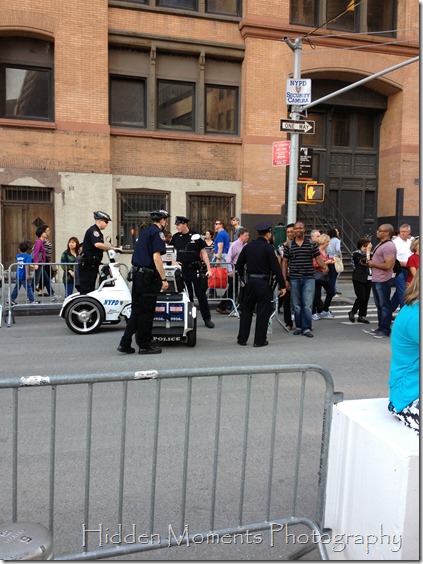 Look! NYC’s finest on Segway tricycles. I am sorry but it took all that I had in me not to burst out in laughter and roll around in the middle of the street. All I could think about was that movie “Paul Blart: Mall Cop”. And then we had to go through more security than at some major airports. 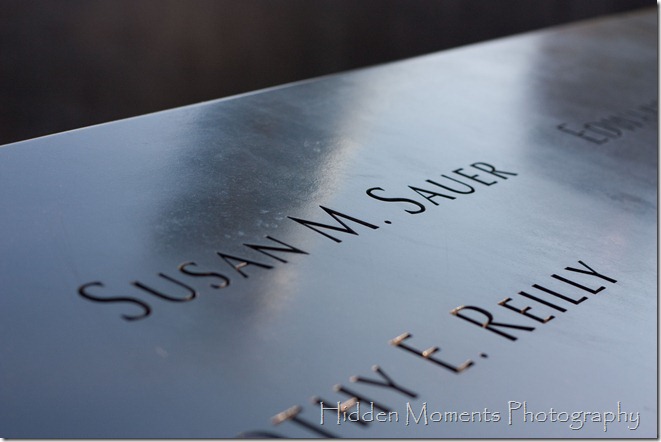 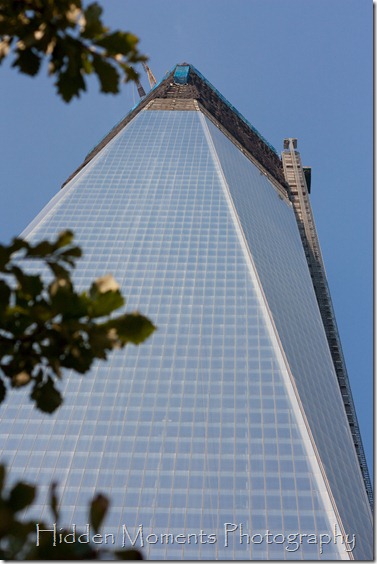 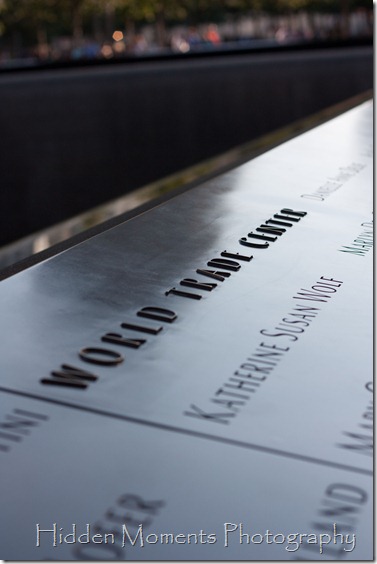 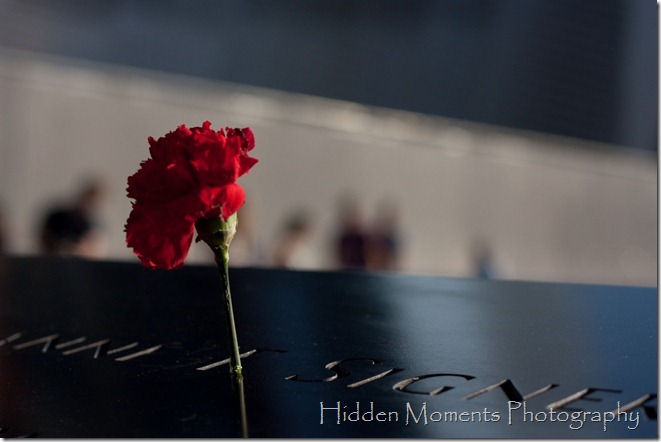 Susan Sauer was several years ahead of me in high school. She was an employee of Marsh and McLennan and was in Manhattan for a meeting at the WTC on that particular day. It seemed very strange to see her name there on that wall.

After tour the memorial it was off to see Cartoon Girl’s office and then to eat at one of her favorite restaurant’s…..Kenka. 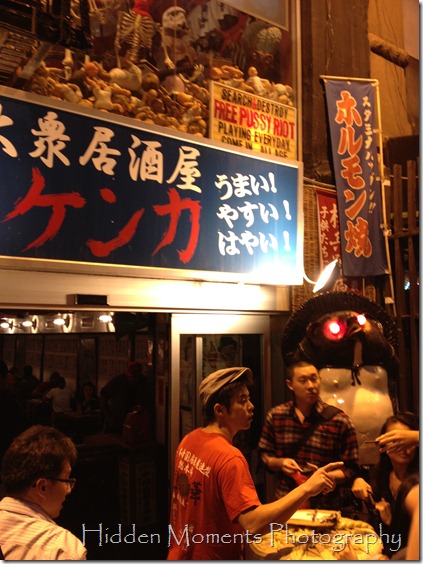 I am not sure what to tell you about Kenka except that, well, it was an unusual experience to be sure. In a slightly, hmmmmm, sketchy area. And it wasn’t just incense that I smelled wafting out of some of the store fronts. We waited an hour to get in. If you know me at all you know that I don’t wait all that well….and to wait an hour was, trying. The place is really small with uncomfortable chairs and tables. And yet people were lingering long so that tells you something. And it was filled with Japanese people so that also tells you something. While we were waiting and waiting and waiting I took pictures with the iphone. 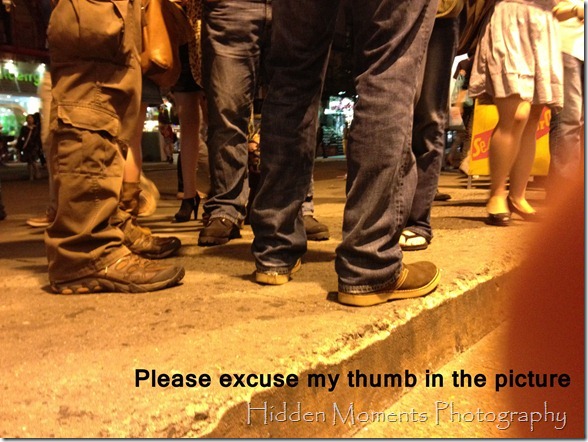 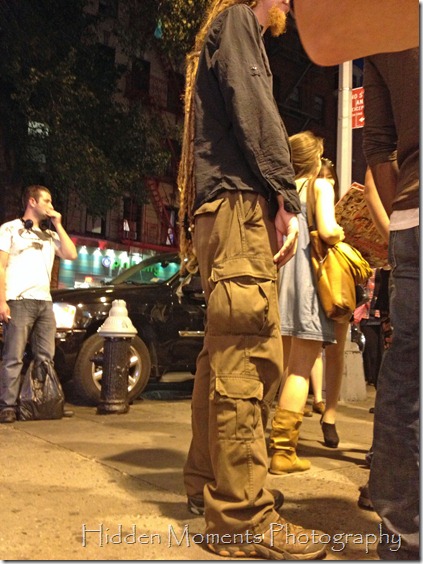 See the way it works at Kenka is you walk up and find the piece of lined paper that is on the clip board and you put your name on it, at the end of the list, and you add how many people are in your party. And then you wait. And if they only have a table for two and the only group that has just two are five groups after you on the list……the couple gets seated ahead of you. That was something that surely raised my blood pressure a bit. But I calmed myself. 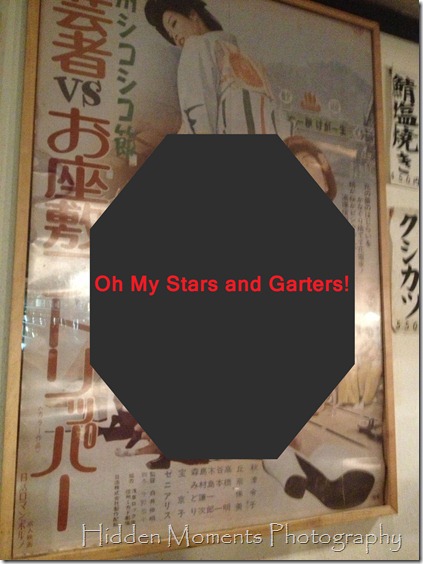 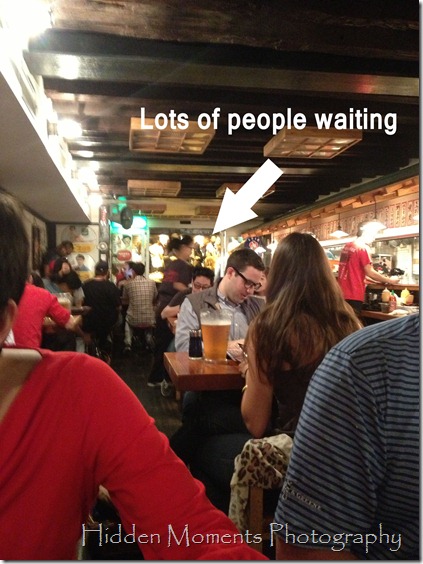 Actually once we got to the table I wasn’t going anywhere. I was going to sit there and sit there and watch all the other people waiting for a table. LET THEM WAIT!

I was really, really hungry so that might have accounted for my crabby attitude. Or I might just be channeling my inner New Yorker. 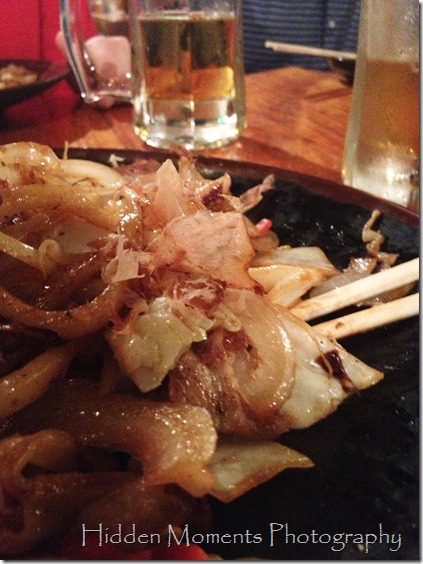 Oh be still my beating heart. Yaki Udon. That is udon noodles with pork and squid and kim chee and loads of ginger. It was deeeeeeeelicious. Paired with a Japanese beer it was a perfect Friday meal.

And to top the dinner off the waitress brings little cups of sugar to your table so that when you finally exit the restaurant, after sitting and talking for hours and watching all the other people wait (Bitter? Me? I don’t know what you are talking about), you make yourself some….. 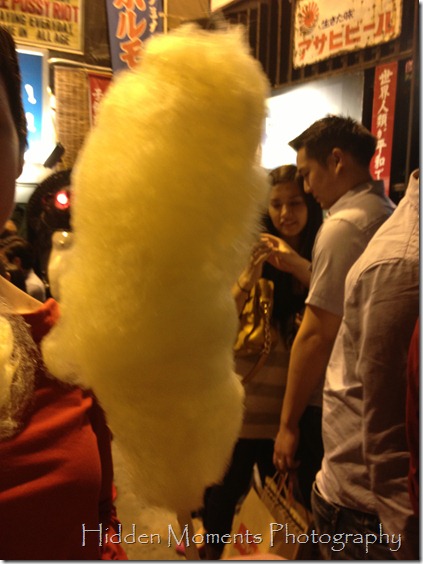 Cotton candy! I am going to tell you that I am not all that fond of cotton candy. And this stuff didn’t help any. It tasted like rainbow bubble gum of some sort. Two bites and then into a most conveniently situated trash can. Yuck.

Next week I am sure……