I Never Win Anything

Well, Monday is upon me again. And what a Monday. Dreary and rainy.

No really, I love rainy days and Mondays.

Wow, wouldn’t that make a great title for a song?

So, on Saturday HHBL and I participated in the annual Kent Mud Hens Reverse Raffle and Evening of Hilarity.

I might have taken some liberties with the name of the event. But only a few. This is an annual event for the baseball team that HHBL plays for. A fund raiser that helps them pay for all of the costs associated with the season of baseball that we are about to embark upon.

And it is quite popular. I am sure that you already wish that you had been there. 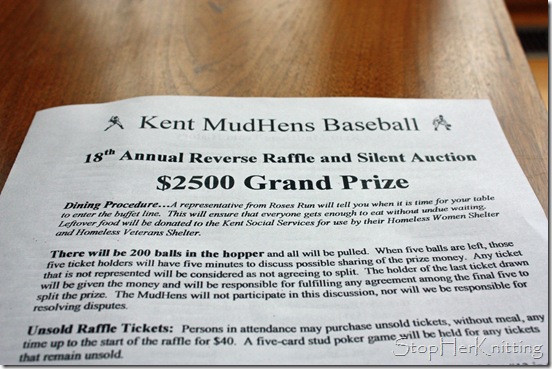 I forgot to say that there was also a silent auction. I forgot that because I didn’t put a bid in on anything.

So. There was dinner. There were drinks. Coors Lite to be exact. Lite being the operative word with that. I tend to lean, when I have a beer, towards something that has a bit more body to it. Something like say a Great Lakes Brewing Company Dortmunder. But the beer was free so I am not really complaining.

And the food was pretty good. And there were cookies. And M&Ms!!

We sat and chatted with some friends that had come with us. We watched the people. Oh I love doing that. 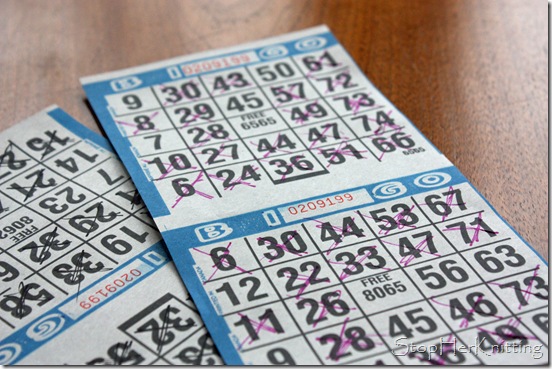 There was Bingo. I love Bingo. I don’t know why. I think it is because I just like crossing off the numbers and hoping against hope that I am actually

going to win something.

But no such luck. Sigh. 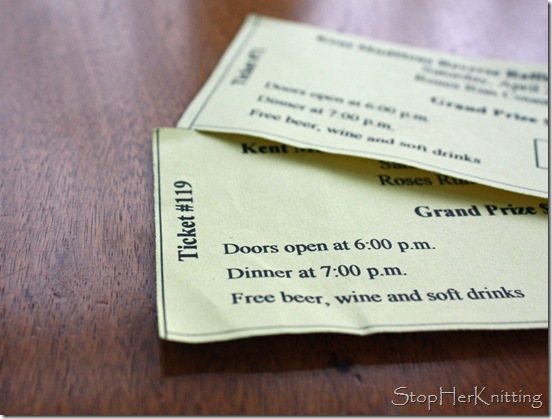 Now, while they were calling out the numbers for Bingo we were also counting down the numbers for the Reverse Raffle. Everyone’s ticket had a number. There were 200 tickets sold and therefore 200 numbers that might end up winning the raffle. We were numbers 71 and 119. As the numbers were called out we would cross them off the sheet, just to keep track of where things were.

I love crossing things off lists. It appeals to the obsessive/compulsive in me.

Sometimes a number is called out and instead of being eliminated from the raffle they would win a door prize. That was me last year. I won a “herb growing” kit. I pulled that thing out this year. Planted the seeds……saw some of them sprout…..and then forgot to water them.

And then I realize that they haven’t called one of our ticket numbers…. 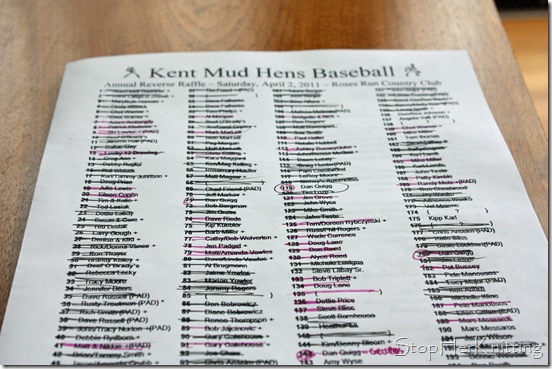 See there are LOTS of numbers that are crossed off. But our number is circled and NOT crossed off. The usual procedure is that when there are 5 numbers left those people kibbutz and decide how to split the prize money. They can draw one number and that person takes home the whole enchilada. Or they can split the money any way that they choose. Totally up to them.

And you guessed it….

We were one of the last 5 numbers. And since all these baseball players are no slouches the decision was made that the “winner” would get $900 and the runners up would each get $400. That sounded hunky dory to us…… 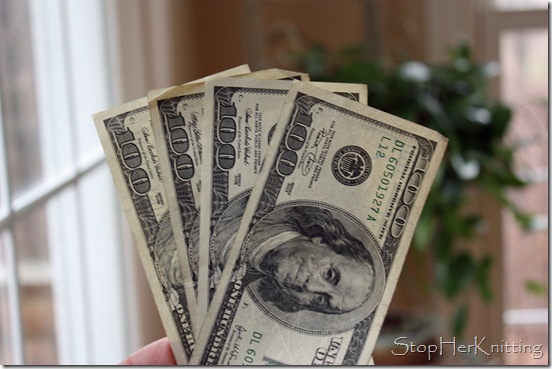 And we came home with $400. That moolah went right into the bank this morning I can tell you.

And what is amazing to me is that we/I actually won something.

I never win anything.

Unless maybe it is The Person Most Likely to Die Under a Mountain of Unvacuumed Dog Hair.