I love traditions. I think that they give us a sense of connection. Connection to family, to friends, to other generations. Even if it is a tradition that we ourselves haven’t participated in, it still brings a bond with “the mystic chords of memory”. OK, who knows where that quote is from? I know, but I want to see if you do.

This past weekend we were privileged to participate in a long standing tradition. Something that many young couples who attend Wheaton College are able to do if they become engaged while students. My parents did this and quite possibly the Grandparents as well (they are all Wheaton College grads). Notice I didn’t include myself and HHBL. That is because neither of us graduated from Wheaton. There has to be someone who rebels you know.

So, the tradition is that at Wheaton College, if you become engaged, you can ask to ring the bell that resides at the top of Blanchard. There is a set pattern of rings, 3 set of 7 rings, that signals that you are engaged. I think I got that correct. There was a set of bells for engagement and another set for marriage and……

Well sometimes I lead a fuzzy and confusing life. So if I got that wrong then I am SURE that someone will set me straight. Someone always does.

Now TEO and TASiL have been engaged for a year but they were just getting around to this. There were other things that sort of took up space in their lives. Things like studying in Africa and India for long months. And life in general seemed to get in the way. But as TEO said, “better late than never”. Yup, they were squeaking in just under the old graduation/marriage line.

The bell ringing happened to fall on the same day as Grandma Amsler’s memorial. It sort of felt like appropriate bookends to the day. Celebrating the end of a life well lived and celebrating the beginning of a life together. 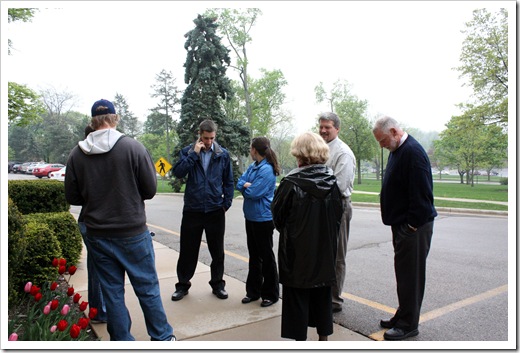 WE were all on time……but we had to wait a bit for Brystal, one of the bridesmaids. She is not known for her punctuality. 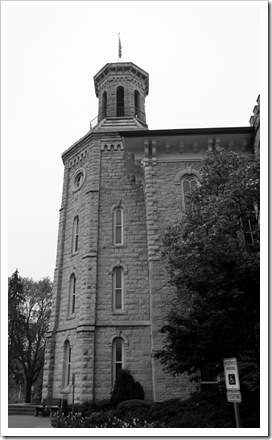 Can I tell you how much I love Blanchard? I grew up visiting this building. My Grandpa Pringle taught in the Education Department at Wheaton for 25 years and even though the building was renovated a number of years ago it still smells exactly the same as when I was a small child. It is a blast from the past to enter. I am back there, going into Grandpa’s office or going to one of his classes where he would stand me on the table and have me recite The Pledge of Allegiance for his student teachers. 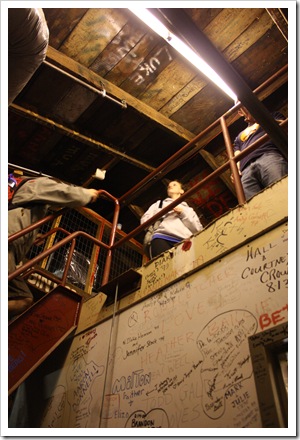 Up, up, up you go to the top floor. Then through the door and up the metal stairs which puts you just under the roof of the building. Don’t worry about what looks like graffiti, that is all legal. 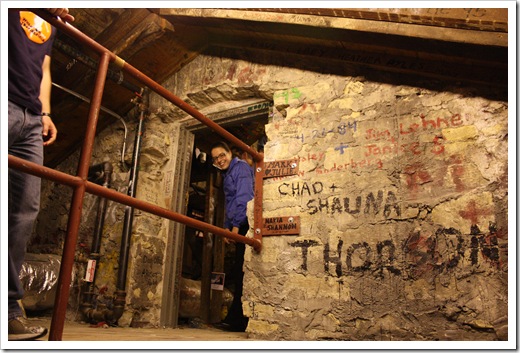 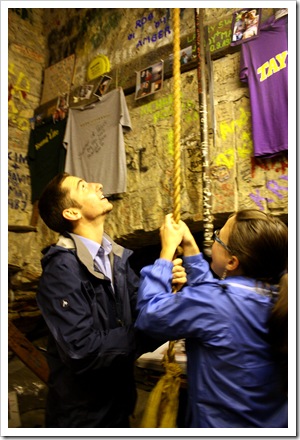 The rope goes right up through the roof to the bell tower. There is another set of stairs that leads to the actual bell tower, where I understand the “bell ringing” used to take place. But as with many things, the access is now denied and the bell ringing is done is a safer and less photogenic place. We tried, believe me, but we were kept out of the secret special place. Rats. 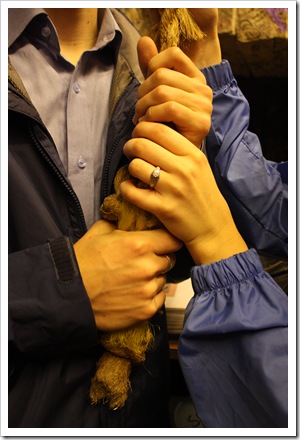 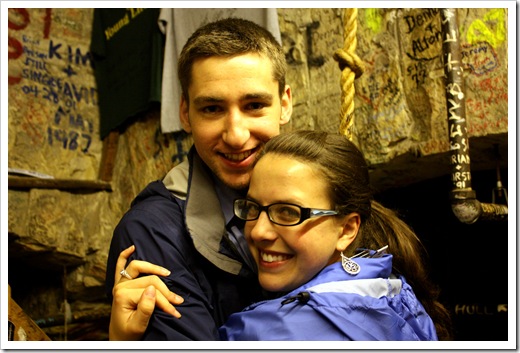 And after the actual ringing of the bell then it is time to add your names to the names that cover the walls, and the beams, the doors and the floors, the pipes and the stairs and even in one case, the fluorescent light bulb. Some of the couples are very creative when making their mark on this section of Blanchard. There are tee shirts that have been altered and pictures and small posters and then there was this beauty 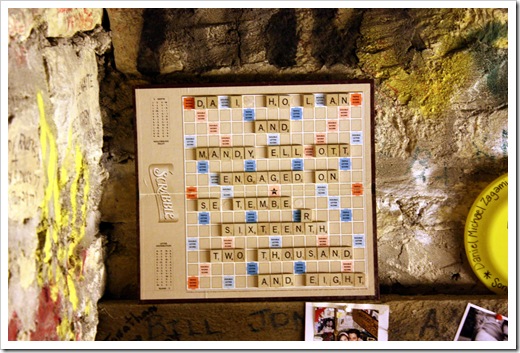 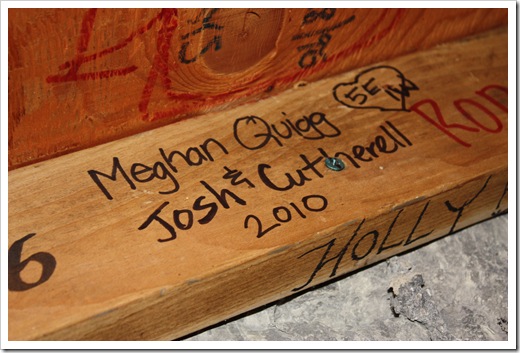 TEO and TASiL elected to go the Sharpie Marker route. It took a bit to find just the right spot but they did. The “5E and 1W” in the little heart reflects the floors that they lived on their Freshman year. They were on brother/sister floors that year. Awwwwwww.

Then it was back down all the stairs and out into the damp and misty day. 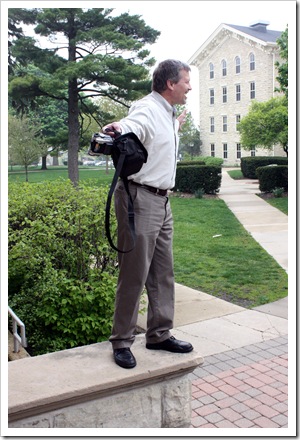 For some reason everyone else quickly left the area. I am not sure why.