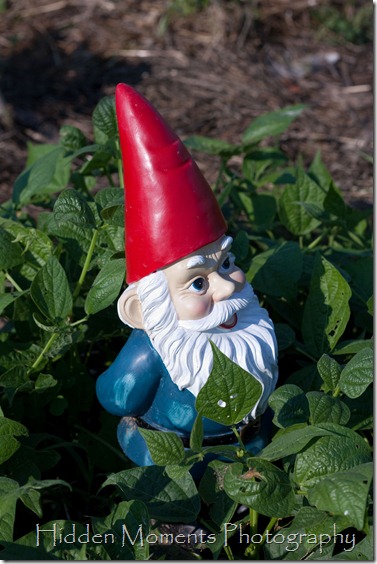 Gerard Garden Gnome here. Evidently Debbie doesn’t seem to remember that she hasn’t given a garden update in quite some time.

I find this decidedly unacceptable.

Therefore I have taken action to rectify the situation. Shameful, shameful I tell you.

What would the Queen say about this!

We are NOT amused! 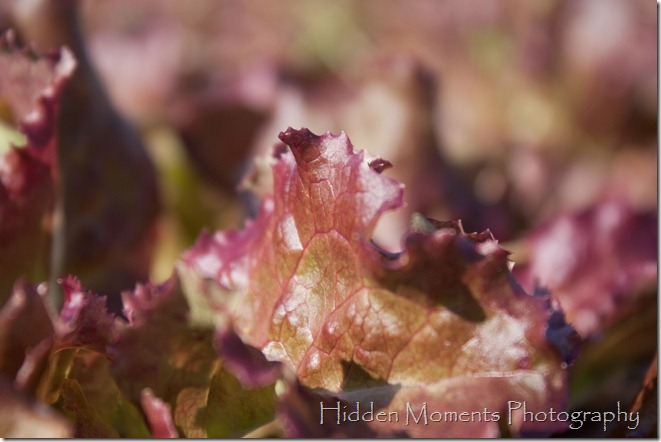 The lettuce is growing and growing and growing. The leaves wait in breathless anticipation for the tomAHtos to be ripe so that we may make the first of many Bacon Lettuce and TomAHto sandwiches. The mouth (if I had one that is) waters at the thought. 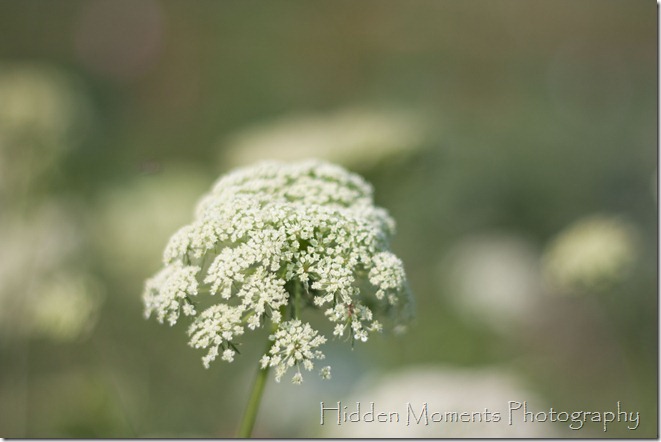 Unfortunately Debbie and LaurenLeep don’t feel the need to pull up the carrots that have gone to seed.

Debbie: HEY! I resent that remark. The flowers are so pretty. We will get to it. Quit griping!

Gerard: Go away! This is my time upon the computer!

I am SO sorry for that unprovoked attack upon our time together. Now, where were we before we were so rudely interrupted? 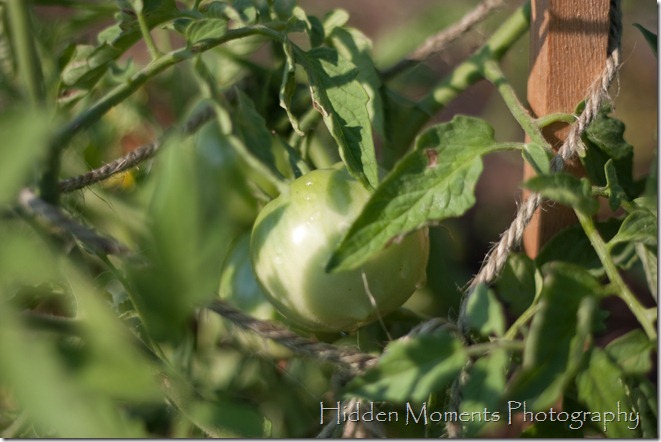 Despite the lack of precipitation here in the Colonies this is turning out to be a good year for a tomAHto crop. They haven’t ripened yet but they will. The anticipation is almost as high as the year that Prince Charles and Princess Diana were married. I remember that we…….. 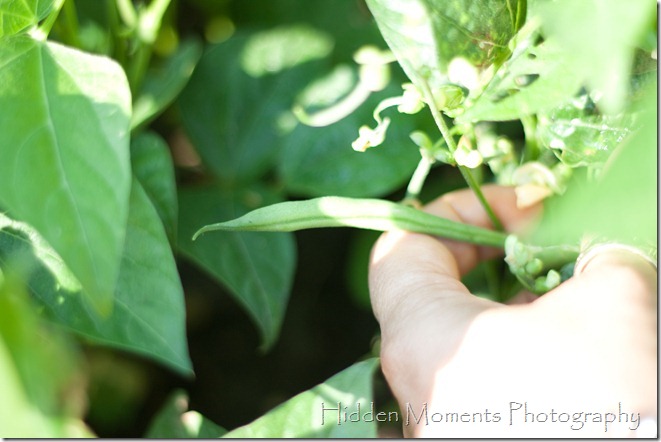 The green beans are on the cusp of massive production. This is the first one, spotted just this morning. I believe that it gave it’s life to Debbie’s rapacious appetite for raw green beans. 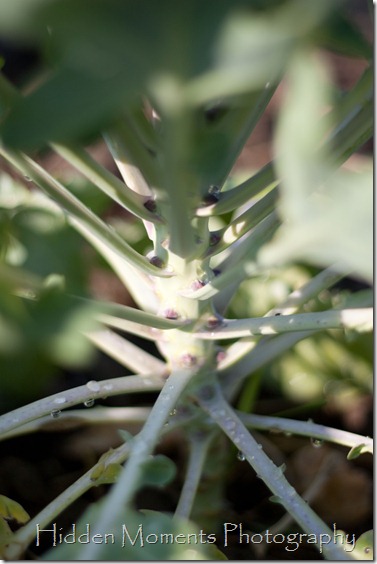 Nascent Brussels sprouts. Oh November you will be full of little globes of sprouty goodness. 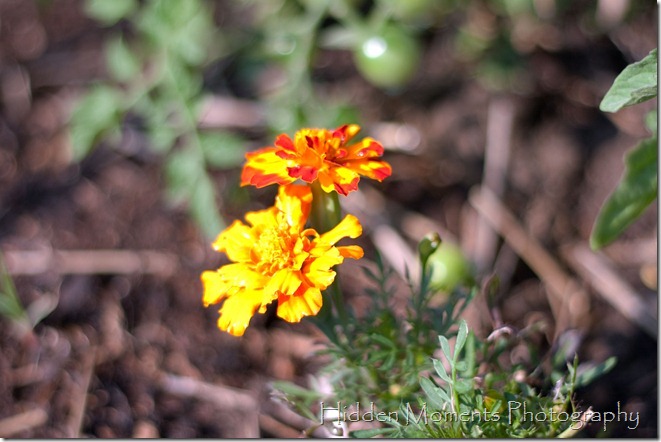 And what would a garden be without flowers. Of course this isn’t a TRUE English garden, mores the pity. But since I have been banished to the Colonies I will just have to make do. 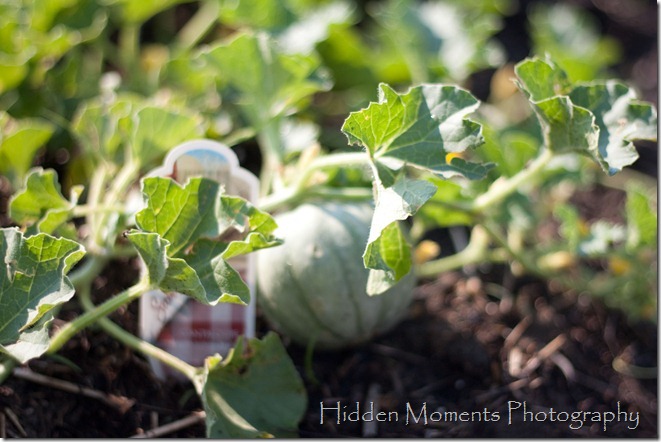 The first young cantaloupe. The first blush of youth and sweetness. And evidently Debbie does not know how to actually focus her camera on the correct part of the plant.

Shocking! Shocking I tell you! 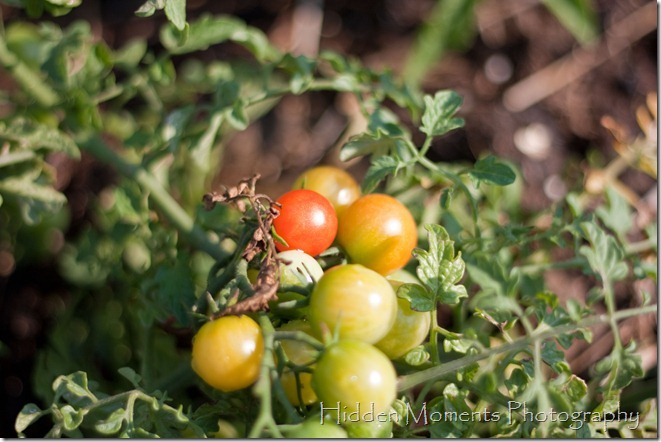 Ah yes there are some Cherry tomAHtoes that are just at the peak of perfection. I advised Debbie to pluck and eat that particularly lovely red one. She resisted the temptation based on the FALSE information that this was the first cherry tomAHto that had ripened. She felt that she should wait for LaurenLeep so that they could share the experience.

She now knows that evidently LaurenLeep has partaken of several cherry tomAHtoes. 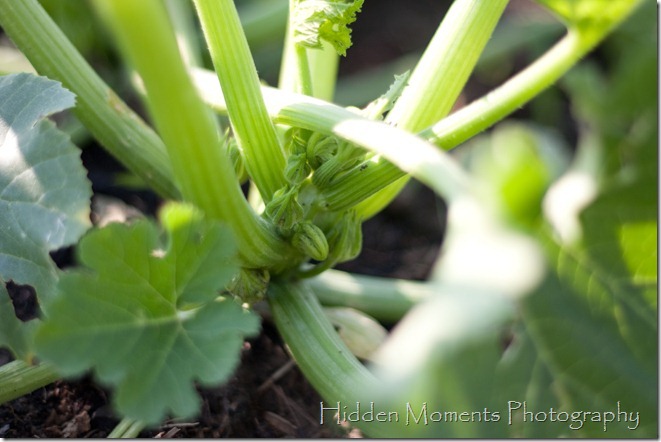 And for our last plant of the day…..the zucchini. There are MANY blossoms. We are hoping for many zucchini. Any zucchini would be a plus this year considering the abysmal zucchini showing last year.

I had NO idea that anyone could have a total zucchini failure. But the Garden Hoes managed it.

Gerard: I believe I told you to go away. Shoo. Begone!

Goodness! The rudeness of these Colonialists.

And so we come to the end of our long anticipated garden update. I will make sure that Debbie remembers better as the weeks pass.

Shocking! Just shocking I tell you!