Knitting and Food and the Olympics OH MY!

I am still recovering.

Recovering from the party on Friday night.

Oh if you are laughing at that last sentence then you are definitely not a knitter. We take our knitting parties seriously. Especially ones that we have been planning and talking about for a long time. 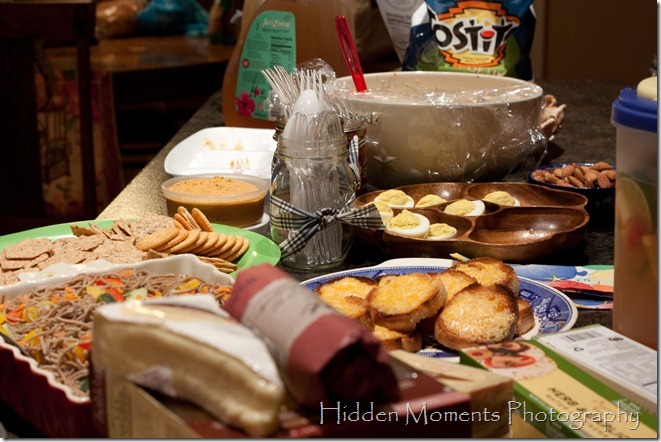 Egads was there ever food! I made some food. And then I made some more because I was afraid that we MIGHT run out. And then the Knit Sibs started to arrive and they brought food and food and more food.

Believe me when I tell you that none of us were the least bit hungry by the time it was all said and done.

I didn’t really eat anything on Saturday until the wedding reception dinner (we went to a wedding Saturday afternoon). 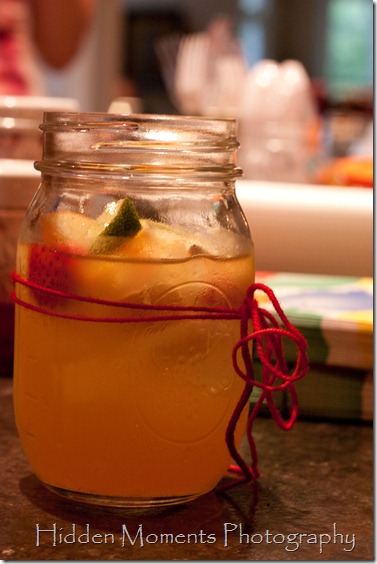 I mad a big batch of The Chef’s amazing Sangria recipe. And we drank it’s yummy, fruity goodness out of Mason jars. I was so Martha Stewart that night! To make sure that we weren’t confused as to which drink was ours we all took different colors of yarn and tied it around the jar.

I do want to say that there wasn’t all that much drinking going on. Friends don’t let friends cast on major knitting projects drunk. And some of us are attempting major projects.

I am already thinking that I am an idiot for the project I picked. But that’s another story.

And then there was knitting and talking and critiquing of the Opening Ceremonies. We loved the giant inflatable Voldemort vanquished by all the Mary Poppins. But we were, ummmm, unenchanted with the dancing nurses and children extolling the glories of national health care.

Oh no the Olympics are NEVER political.

Ummmmm, getting back on track now. 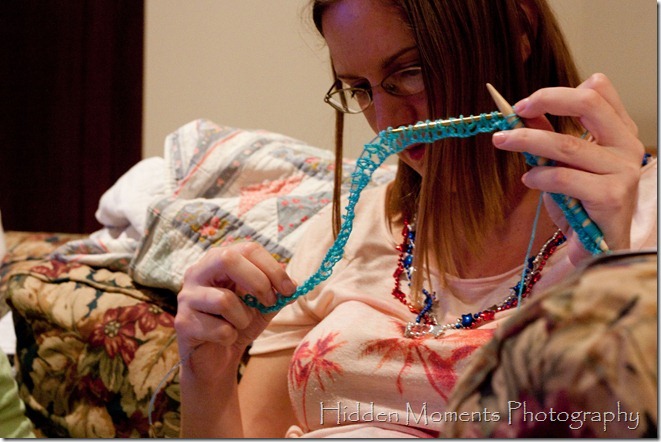 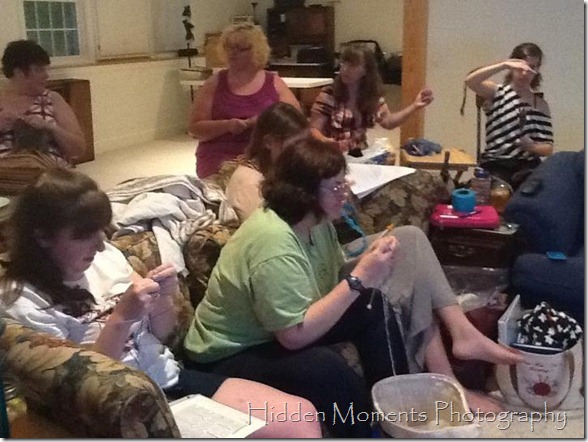 See, loads of knitting and spinning going on.

Thank goodness this only happens every two years. I will need the time to recover.

Now back to knitting on my Dwarrowdelf stole. Knitting lace is very slow……

Very slow indeed. Perhaps I should just think of it as my Treebeard wrap……..

Yes, yes I know that I changed the quote a bit. Work with me people!