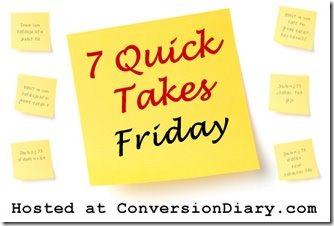 I am trying to ignore the fact that it is already three weeks into July. The summer is fast flying by!! Please make it slow down.

You know the hard and fast rules. When you are done soaking up my heaping pile of blather you need to click on the picture above to be whisked, at the speed of my growing obsession with canning, over to Conversion Diary to see what everyone else has been up to.

I can blather with the best of ‘em.

1.
This has been a very busy week. The in-laws were here for several days of fun and food. But I did manage to “put up” several jars of Bread and Butter pickles. I used, sort of, the recipe from Food in Jars. But I changed some of the spices to my liking. 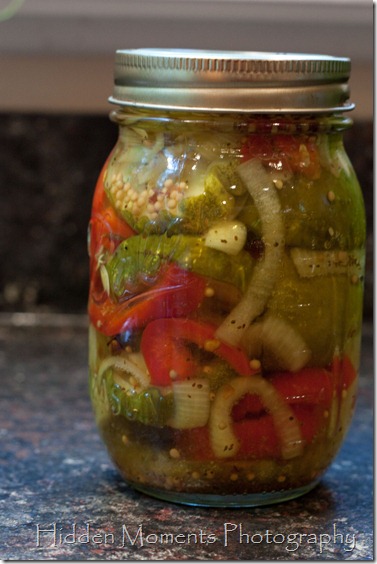 Oh I so want to test these. My mouth is watering just looking at them. But the thing about pickles is…..

They really need to sit and rest for a while. Like any good marriage it needs a bit of time for everyone to get along and be all lovely.

I hate waiting for anything. But I know that I will be rewarded in the end.

2.
While I was rooting around in my big freezer looking for something I found EIGHT jars of Strawberry Freezer Jam. At first I couldn’t think why they were in there and why we hadn’t consumed them with in the last two years (they were dated 2010).

And then I remembered. The jam was too runny, even for freezer jam, once it was thawed in the frig. And we just didn’t eat them because they were not pleasing. And then I just plain forgot about them.

Of course I hate to waste anything so Thursday morning once the in-laws left for the airport I got all the jars out of the freezer, defrosted them, reheated the jam, added more pectin (the amount according to the Ball directions for “re-jamming”), boiled it and then re-canned it. 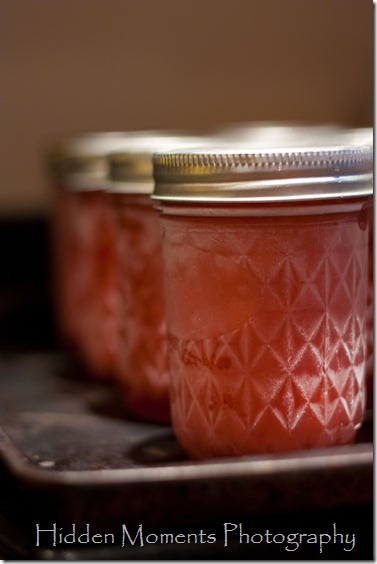 These are the jars just out of the freezer. I have to say that the finished product that is cooling on the counter even as I am writing this (on Thursday) didn’t lose much in the color department. That was my biggest fear, that it would be too dark.

As I was writing that paragraph I could hear that satisfying little “pop” that a successfully canned jar makes as it seals. All but one of the jars sealed properly so I just had to give the jam a test once it cooled a bit.

SUCCESS! It jelled just right and it tastes bright and very fruity.

Oh, and just an update on the Peach-Bing Cherry jam that I made last week.

I am thinking that I need to freeze a bunch of Bing cherries so that I can make more during the winter months.

3.
We finally had some rain on Thursday morning. A real downpour with thunder and then a steady rain for an hour or so. That isn’t nearly enough rain but every little bit helps around here. I would guess that we will have a massive growth spurt out at the garden in the next few days.

I am sort of like the plants in my garden. I really need rain to feed my soul. I don’t want it to rain all the time but when we go so long without rain I just feel parched.

It took all I had not to go out and just stand in the rain. But it was thundering so I decided not to.

4.
I am trying to spend a bit of time every day scanning in old pictures. I have SO many of them and if I don’t make myself do this then it will never get done.

And really, it is a whole lot of fun. 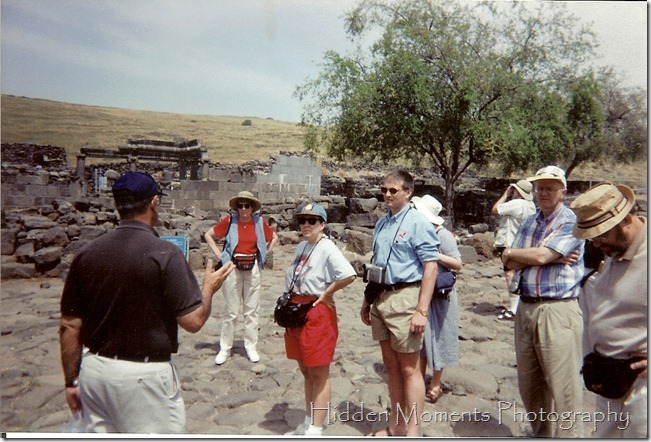 This picture was taken in 1998 on a trip to Israel and yes folks, that is me in those fabulous red shorts with…..

And my camera around my neck.

Hey if you have to do tourist you should do it very, very well.

And I strive for perfection.

5.
I have been working furiously to finish up several knitting projects so that starting next week I can concentrate on my Dwarrowdelf Stole.

This is what finally came off the blocking boards yesterday morning. 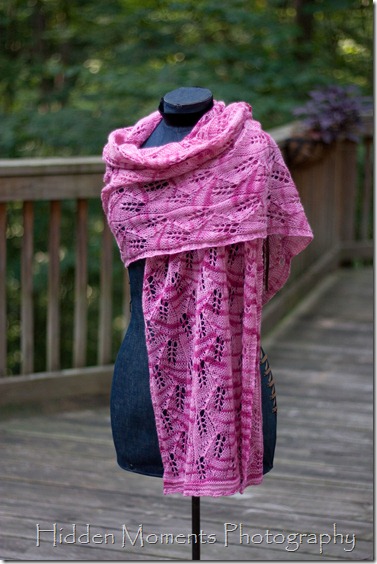 The pattern is called “Tongues of Fire” and was knit with Araucania Ranco Solid, two skeins, that I happened to find in a bin at Tuesday Morning for an outrageously low price. The Araucania Ranco is listed as a sock yarn but I have found that it isn’t very well suited to that particular use. If you aren’t very careful with it it will felt, despite the fact that the tag states there is 25% polymide in it. BUT it is fabulous for things like lace knitting because when you block it you can block very aggressively and it stays blocked very nicely.

And no Bonnie, you cannot have it.

6.
We took the in-laws to the Cleveland Museum of Natural History this week. I will tell you the whole story next week. But what was cool was that we happened to arrive about 10 minutes before they had a Monarch Butterfly release. 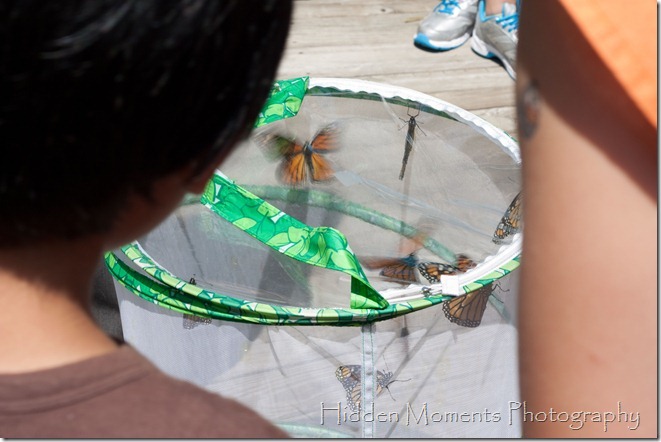 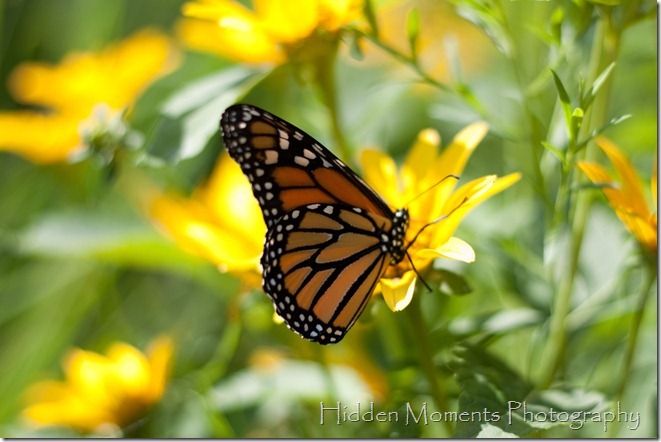 Very cool to watch I must say.

7.
I was going to take the camera out to the garden this morning so you could have a few photos of what is going on.

I know you LIVE for those.

But I didn’t. It is a cool, rainy, misty morning and cameras don’t like that. So you will just have to be content with me telling you that I ate some cherry tomatoes, picked some green beans and some broccoli, brought home a mass of cucumbers that need to be made into some sort of pickles and clipped off a bunch of basil that is going to become pesto.

And I would guess that starting Monday we will be harvesting zucchini. HURRAH!!! After last years total zuke failure we have been eagerly anticipating production this year. We also have 6 cantaloupe in various stages as well as a bunch of acorn squash and a very tiny watermelon.

And the tomatoes! Good golly Miss Molly. They aren’t ripe yet but when they are LL and I are going to be swimming in them. I am already putting in some time on looking at how to cure my own bacon.

The first BLT of the season isn’t all that far away.