It Was Hot Enough To Fry An Egg……Or Not.

We arrived home yesterday from a short trip out to The Cottage to spend some time with the Parental Units, Mimi and Papa. We needed to return Shoe Queen to her place of employment after her short sojourn with us following her little mishap. We got her to The Cottage and then Slim Jim came to spend a day or two and take her the rest of the way and take her to pick up her rental car…..because we still haven’t heard from the insurance company about the final disposition of the Aveo.

But that is another story.

Can I tell you that it was hot at The Cottage. 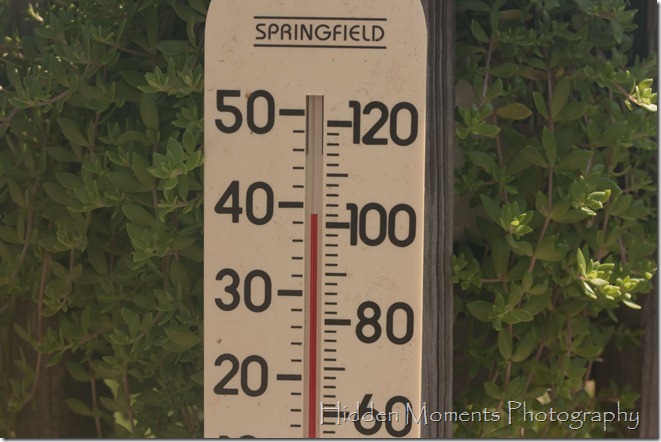 Yes, the temperature was hovering at around 102F by Friday afternoon. And that wasn’t the highest that the temp went! We saw close to 104F by the end of the day. That kind of heat just saps your strength and makes you understand why people in the South, or any place that gets that hot for that matter, move a bit slower.

Mimi and I even decided that it was too hot to go to the Dollar Store. You KNOW it is hot if that happens. In fact I don’t ever remember that happening before.

But what to do if we weren’t going to look for useless plastic objects at the Dollar Store. We arrived home, put the car back in the garage, I stepped out and took note of how hot the blacktop driveway was.

What to do with the afternoon. What to do, what to do.

And then the lightbulb flickered weakly in the heat.

I looked at Mimi and said: I know EXACTLY what we can do!! Let’s see if we can fry an egg on the driveway. It is certainly hot enough. I have seen people do that on the internet and it will work perfectly. 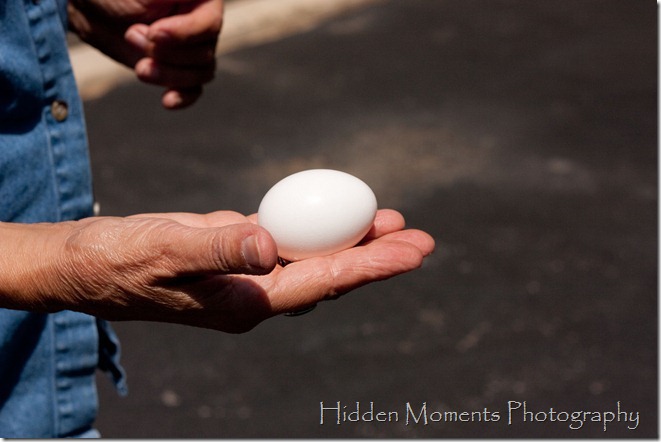 Behold our weapon on choice. A lowly egg about to give it’s yolky body to science.

Oh this is going to be so cool! It is surely hot enough to get the job done quickly. 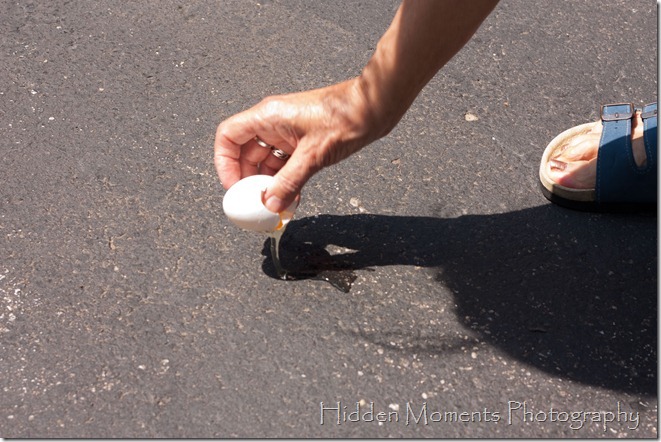 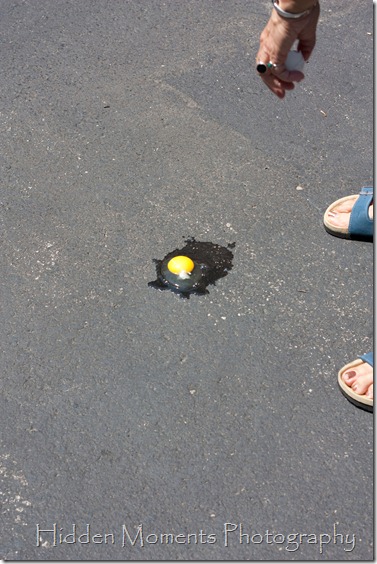 And away we go with the grand egg frying on driveway experiment! We hunkered down closely waiting for the egg white to start to congeal…. 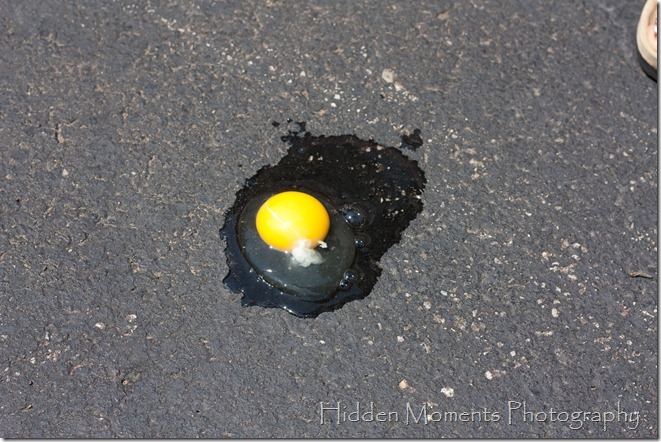 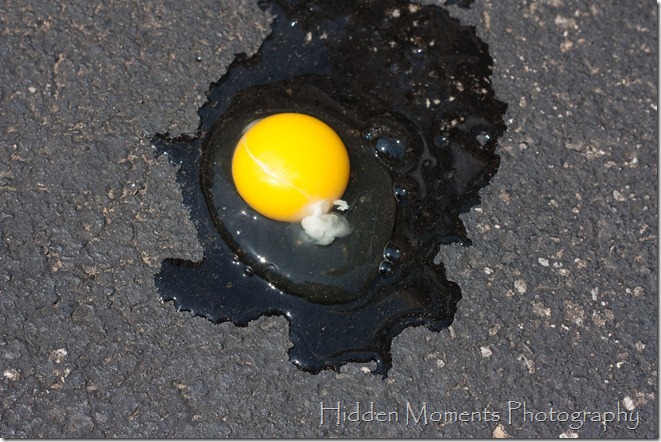 And waited some more………

Surely the frying and cooking will start any second now. I can almost hear the sizzling start. 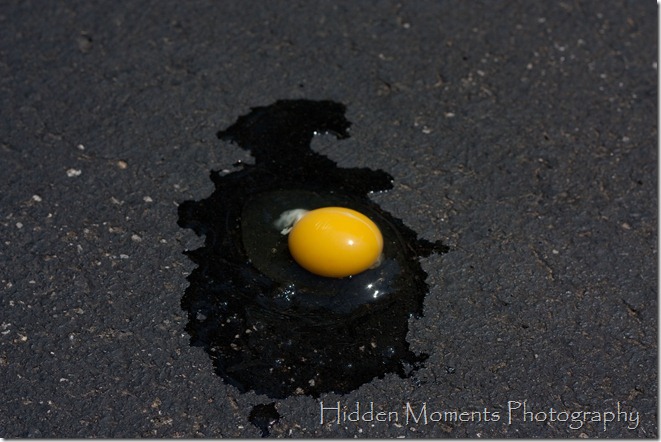 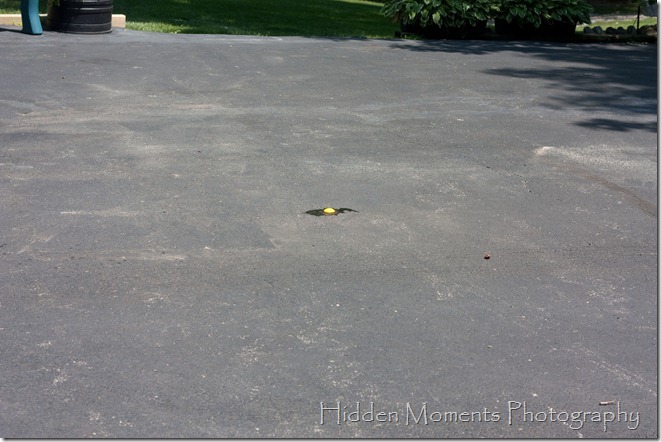 Maybe a watched egg doesn’t fry as quickly? How about if we step back a bit and let it have some private time with the black top and the sun.

But finally we had to admit scientific defeat. It worked for all those people on YouTube!! Why didn’t it work for us?? 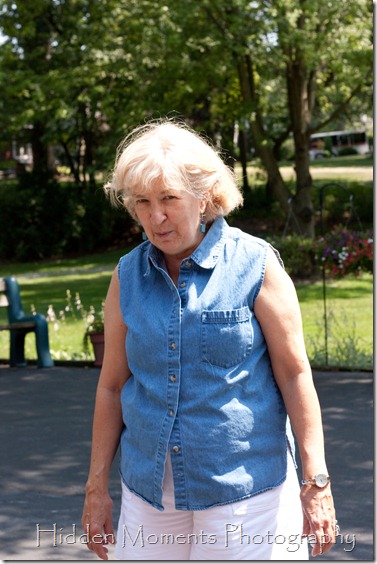 I am VERY disappointed

You know, I think I have seen that look before. Best not to dwell on it.

And unfortunately, since we had decided to do our little experiment right on Papa’s pristine driveway (rather than using the frying pan as he had suggested), the egg still just sat there on the driveway, slowly spreading, laughing at us in a yellow and yolky way. 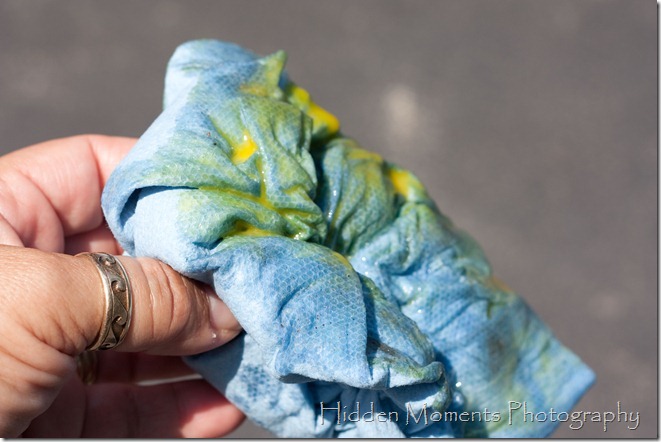 A fairly disgusting clean up job over all.

Science you have failed me!