A Tale of Hankies

Growing up I spent a lot of time over at my grandparents house.

I could be assured of Cheez-Its. And Apple Pie. And Pansies. And raw green beans from the garden.

But every once in a while I had to do a particular job for my Grandma Pringle because I “bended” better than she did.

I had to crawl under their bed and gather up all the used handkerchiefs that fell back there.

Do you even know what a handkerchief is? Kleenex didn’t always come in a box you know. There was a time when, if you wanted to blow your nose, you had to have an honest to goodness linen handkerchief. One that you used and then washed.

And my Grandma had a boat load of them. 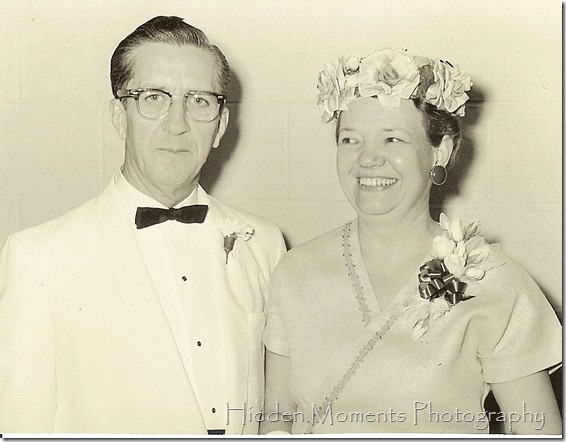 Oh Lucile always had a handkerchief handy. Day or night. Rain or shine. But who wants to have to crawl under the bed to get the used ones that fall down there during the night when you have a young and limber granddaughter who can be bribed with Cheez-its to do it for you.

Oh, and just as an aside. The same thing happens with me. I always stick a kleenex under my pillow every night in case I need one. And they always end up under the head of the bed. It is a kleenex graveyard under there.

Maybe this is genetic?

But I digress in a BIG way.

SO, a few years ago Parental Unit Mimi gave me an Alligator (I think) handbag that belonged to Grandma P. And inside said handbag was a huge stack of her hankies. Clean thank goodness. And just looking at them I was transported back to the split level house on Madison and the bedroom with the patterned wall paper that I stared at endlessly when I was forced to take a nap on the cot and didn’t want to go to sleep and the bed with the constant supply of crumpled and used hankies just waiting for me to crawl under there and get.

But what to do with said hankies? What to do. What to do. I thought and I thought. I thought about maybe making them into some kind of pillows or a quilt or something. But that just didn’t do it for me.

And then it came to me.

And so I have.

I picked the ones that I liked the best (6 in all) and then wandered around Michaels until I found a frame that I liked and this is how they turned out. 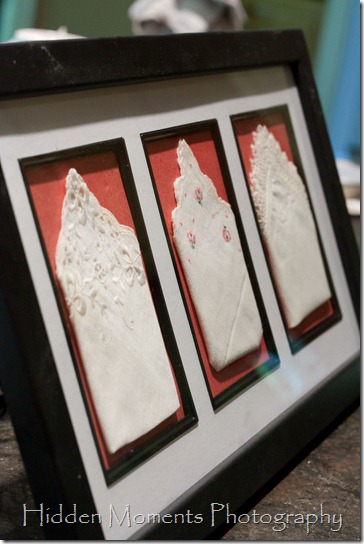 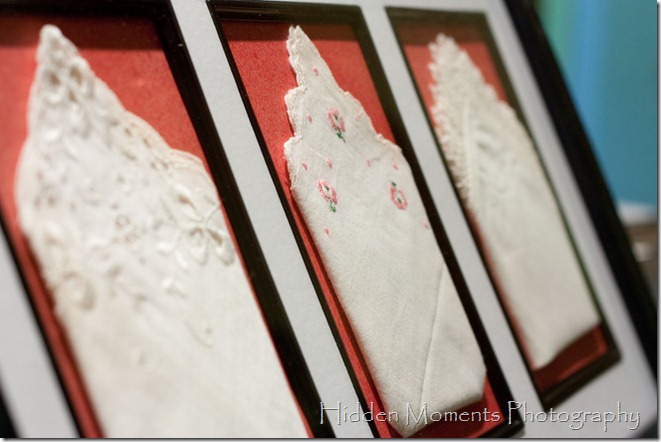 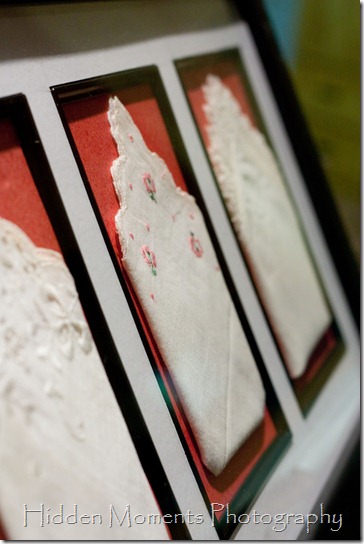 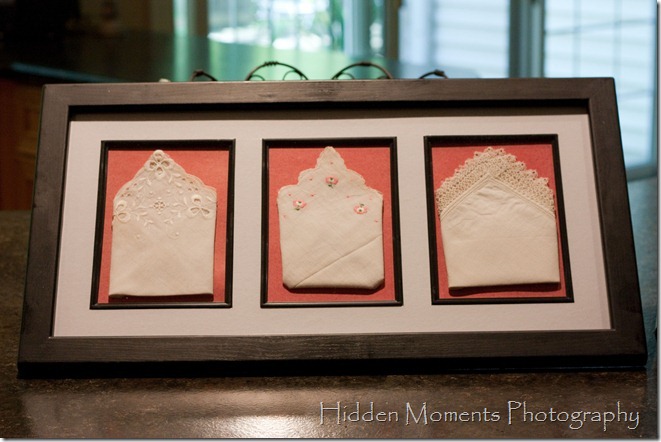 Now I just have to decide where to hang them.