Nature Can Be A Pain Sometimes

I am indulging in an afternoon cup of The Elixir of Life. Coffee for those not in the know about this wondrous brew.

I have been trying NOT to indulge in the afternoon caffeinated delight but today I just have to have some. I cannot get through the day or knitting this evening without a bit of a “pick me up”.

I tried tea but it just wasn’t doing it for me. Still yawning. Still dragging.

Why you might be asking yourself. Well I will tell you. It is because of this…. 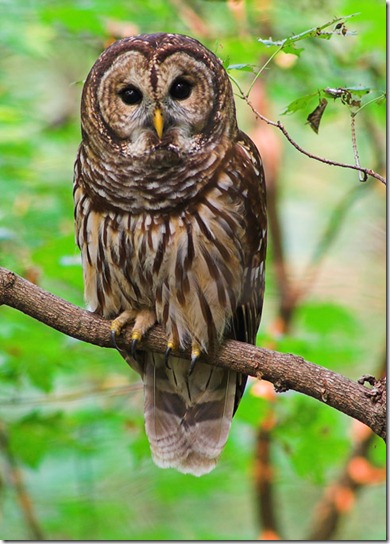 This is a Barred Owl. I did not take this picture although I sincerely wish that I had. In fact there was a point last night, or more precisely early this morning, when I thought about getting up and setting up the tri-pod and trying to take a picture of the Owl Conclave of Non-Sleepability that was going on outside. I certainly wasn’t getting any rest.

We live in the woods, as I have mentioned ad nauseum. And with the woods comes woodland creatures. And it isn’t all that surprising that we would have Barred Owls because they like to make their nests holes in trees, often holes that are made by Pileated Woodpeckers. 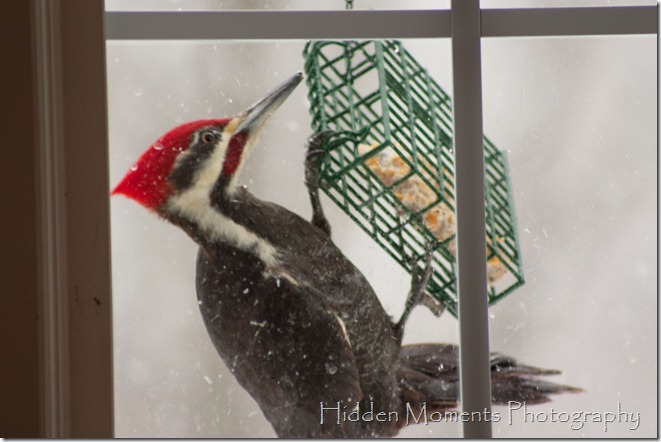 And heaven knows we have a boat load of those around here.

The first time that I heard an owl hooting at night here at Chez Knit I was just amazed and awe struck. Just so darn cool. I lay there in bed and marveled and listened.

Around 2:30a I awoke with a start to hear the owls outside. Oh yes, I did say owls. I am not sure how many of them there were but there were a bunch. Evidently the entire neighborhood owl population was having an Hootananny outside. And one of them had stationed itself in the big oak right outside our window. And they were calling and chatting and hooting.

Hoo, Hoo, HooHOOOOOOOO (say to yourself “Who cooks for youuuuuuuu” and you will have the rhythm down.)

And then every once in awhile someone would give a loud

And in the process scaring the ever loving daylights out of me.

Neither HHBL or I slept all that well after that.

And then to add insult to injury this morning I was looking out the window and saw this….. 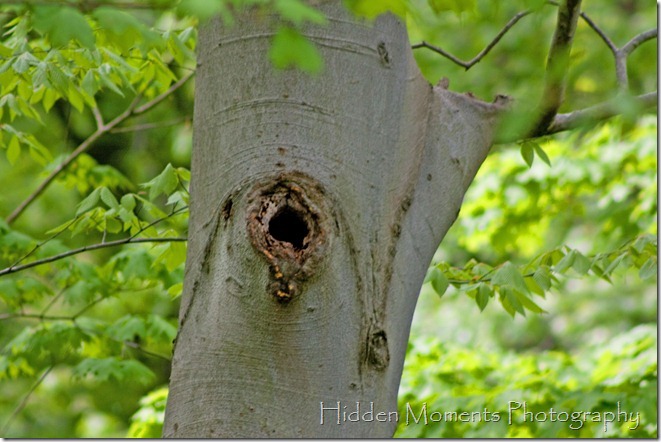 Yes, it looks like a mild mannered hole in one of the trees that reach up out of the ravine. But as I stood there on the deck I noticed….. 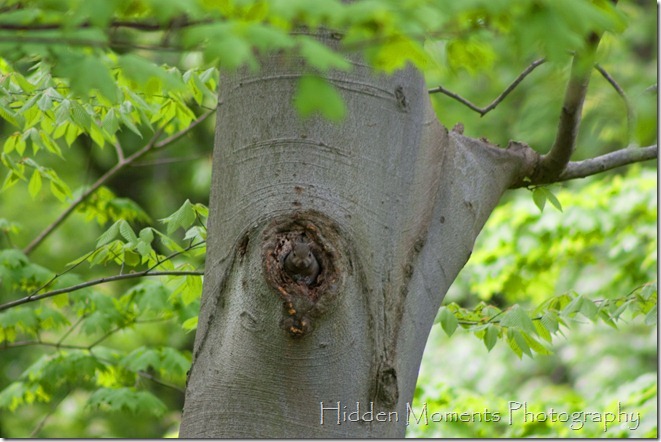 DANG IT! I am going to have to contend with squirrel babies in a little bit.

Nature you are a cruel mistress.