Hurrah for Windows Live Writer! The post that was lost has now returned. And that is really good because I have nothing else to write about today.

It Feels So Good To Win

Have I ever mentioned that HHBL is a graduate of Valparaiso University? Well he is and now you know.

And every year the Valpo men’s basketball team plays our own Cleveland State University Vikings. It is the only time that I know of that HHBL roots against a Cleveland team.

And for the last few years there has been a “Meet and Greet and Eat” kind of shindig that the Alumni Assoc. puts on before the game. You know, you go, you have a name tag, you hope that you see people that you know. In my case that doesn’t happen because I didn’t go to Valpo but I still find someone to talk to.

This year we made a special effort to go because Homer Drew was the speaker. Homer was at one time the coach for the men’s basketball team at Valpo and he is just a generally all around nice guy, whose son happens to be the current coach. And HHBL wanted to go to hear him speak and to watch a bit of basketball. And I went along. 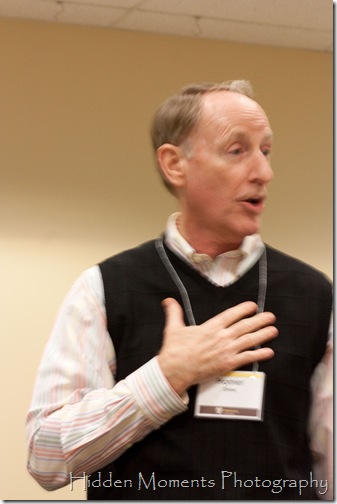 Sorry for the blurry picture. Evidently I had the setting wrong. It happens. Homer Drew was great. We loved hearing him speak.

But, I cannot say that the meal portion of the “Meet and Greet and Eat” was all that spectacular. What I can say was that it was AWFUL. Totally and completely AWFUL. And that was completely NOT the fault of the Valpo girl who was in charge. It can be laid at the feet of the catering service at the Wolstein Center. Right at their feet.

They ran out of hamburgers and condiments long before everyone had gotten food. The food was late being sent up in the first place. When they did finally get a few hamburgers up to the room they weren’t even hamburgers they were veggie burgers that had chunks of corn in them. HELLO, did you think we wouldn’t notice? And they finally brought up another batch of lukewarm hamburgers and congealed fries just about the time that everyone was leaving to go to the game. Nor did they ever refill any of the water/lemonade/iced tea pitchers. Those were dry almost from the get go. I had to resort to having one of these….. 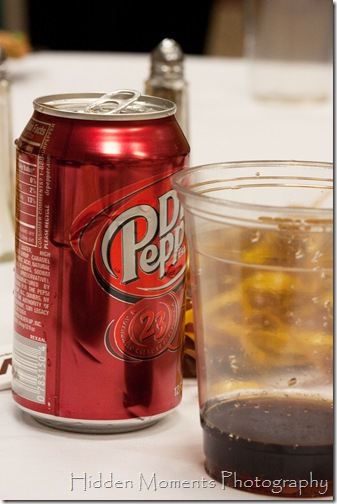 It was a wrench but I managed to get through it. Dr. Pepper is, after all, the only soda that counts.

But finally, after all the food fiasco, we wandered down to the game just before tip off. The last time we went to a CSU-Valpo game it wasn’t a very good outcome for Valpo. It was painful is the best way to describe it.

But not this time. 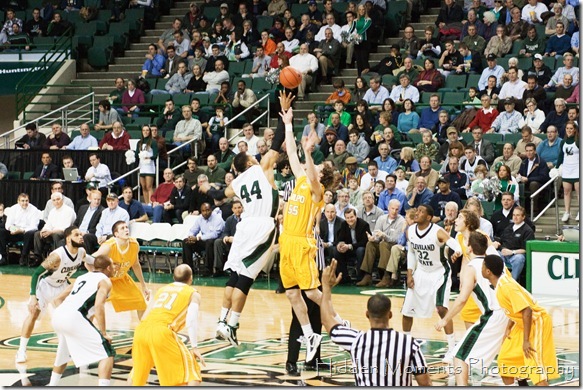 Valpo dominated right from the tip off. Dominated I tell you. BWAHAHAHAHAHA! 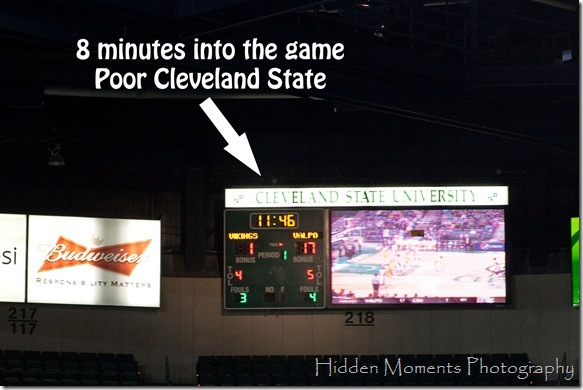 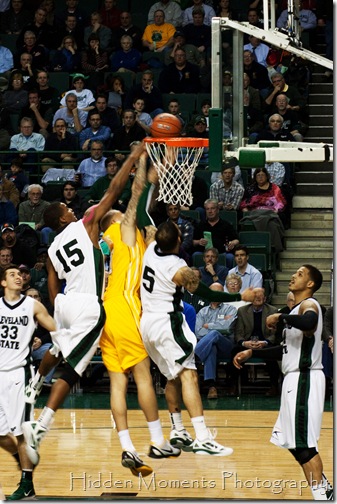 In it goes thank you very much. 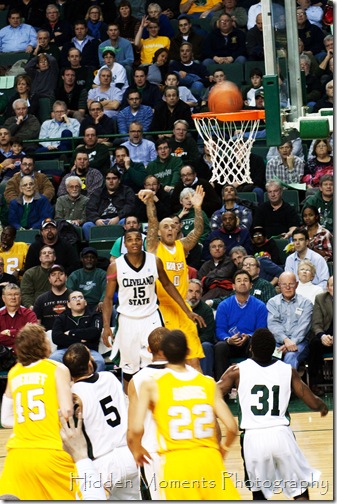 And there it goes again. Swish! 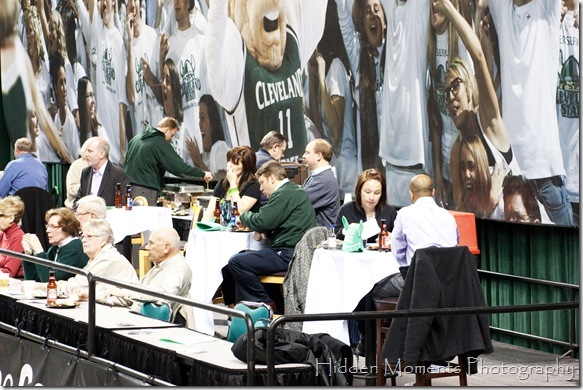 Did these people pay extra for dinner and a show? If they did then they were gipped. 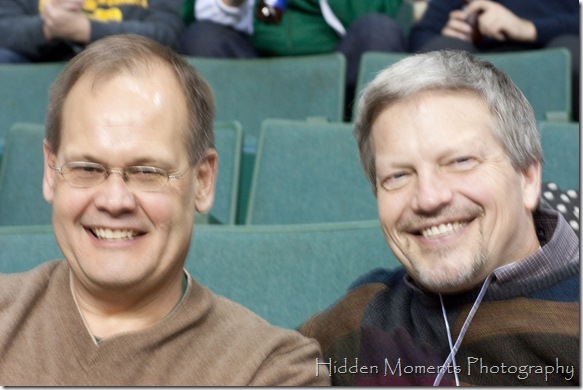 This is HHBL and his college roomie. They are sort of fuzzy I am afraid. That darn 85mm lens and all the crowds that I was fighting against. I couldn’t get far enough back without getting jostled. Oh well, sometimes it is nice to go through life a bit fuzzy. 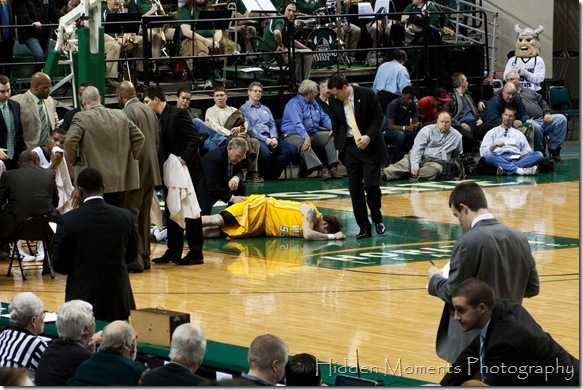 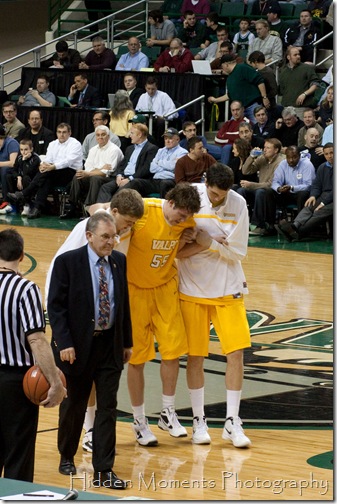 There was one injury on the court I am afraid. A player going down and grabbing his knee is never a good thing. He was out for the game but was at court side. And every time there was a time out of any length….. 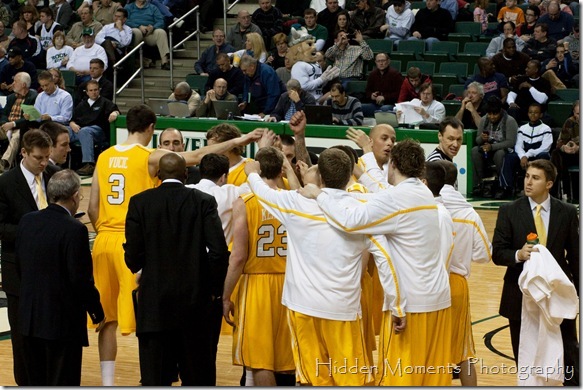 He was up and out on the court with the help of one of his team mates. 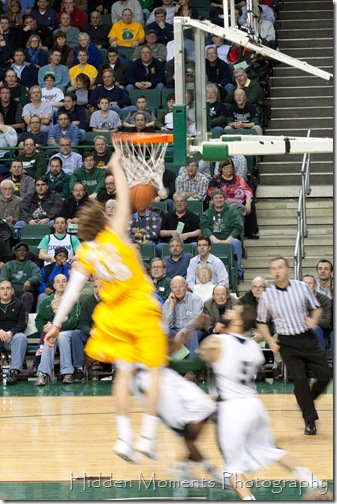 Straight down the court and into the net. Take that CSU!

And finally the game was done. And the loudest cheers were coming from the tiny contingent of Valpo fans, many of the CSU fans having already exited the building. 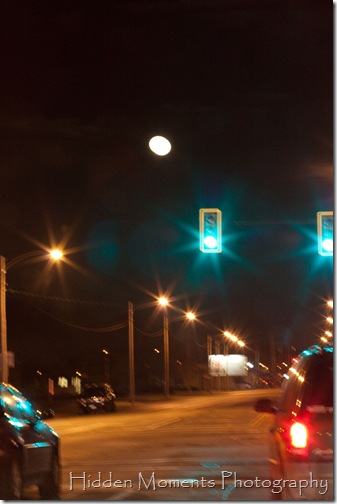 And the moon was full on the way home with nary a cloud in the sky. 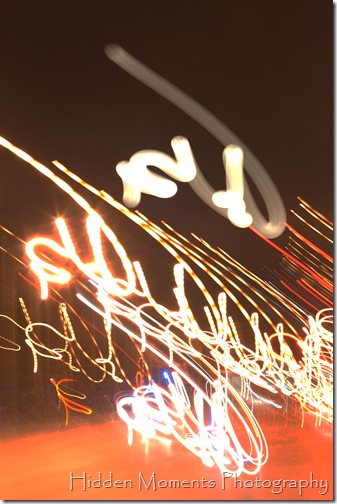 And that is what happens when you are trying to take a picture of the moon. The perfect picture. And your husband hits a pot hole. We have a lot of those around here.

And I actually like the picture strange as that may seem.

And it really feels good to win.

Oh, and I forgot to tell you that with that win Valpo moved into 1st place in their division.