My front garden frames my house. It sets the tone. You see it when you drive in the driveway and walk down the front walk. It serves a purpose and I like it. 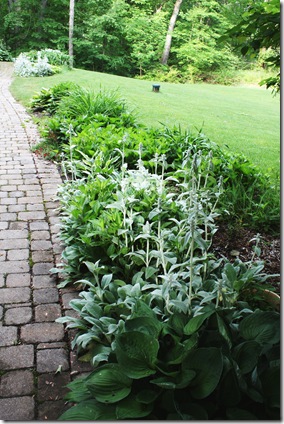 It isn’t anything that is amazing and it doesn’t really fill a need for me. It is what it is. I labored to produce a front garden and I have done so.

But my back garden, well that is another matter entirely. My back garden calls to me. A siren song of peace and calm in my often chaotic life.

I told someone recently that I garden not because I just like it but because I have to. I have to like I have to eat or breath. That sounds drastic but for me at least it is true. I need to garden to have peace and sanity. It feeds into my need to be creative. 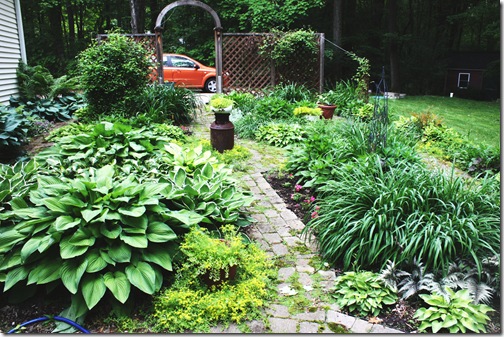 It has been a 10 year labor of love that has been frustrating at times due to those marauders from the woods deer but that is really only a minor thing in the grander scheme of things. 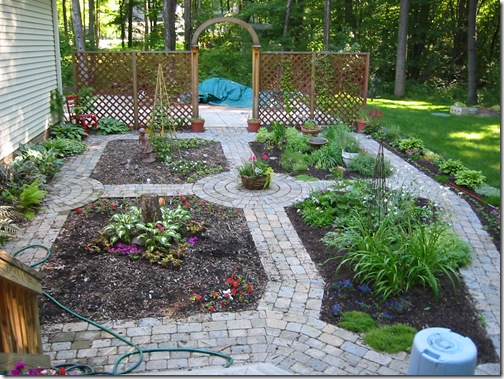 It started out like this. I had the landscaper put in the paths and beds but after that it was a blank slate for me to play as I wanted to. And play I have. Play and play and play. 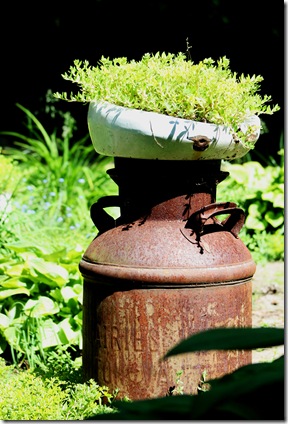 I have indulged my love of the absurd. I am sure that others have bedpans as planters in their gardens. And there is also that toilet that is in one of the beds. The hosta hide it…mostly. 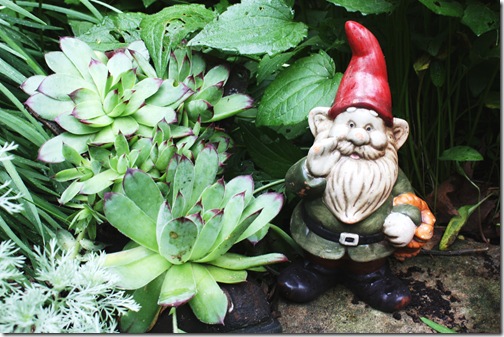 You never know what you might see under some flowers. I have been able to indulge in my obsession with Hen and Chicks. You can never have too many you know. 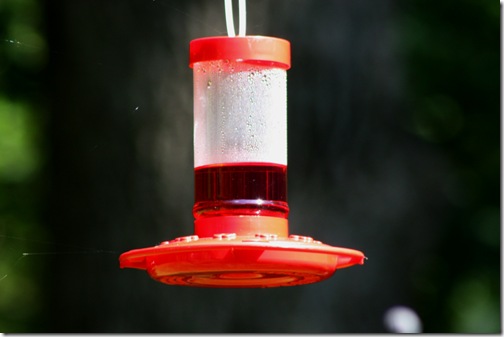 I can sit on my bench and watch the hummingbirds at the feeders. Silence everywhere except for the droning of the bees and the insistent and angry hum of those birds. 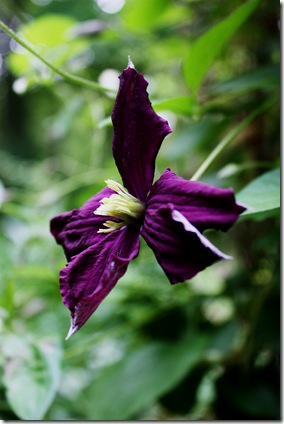 I can sit and look at my favorite clematis which is just about to burst into bloom. And I do mean burst. There are a couple of flowers that are opening but give it another week and the thing will be covered with these purple blooms. 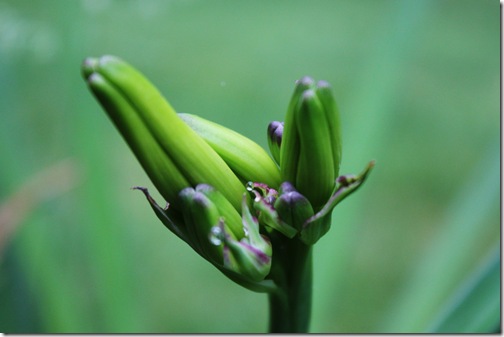 I also have a love affair with Daylillies. There are a lot of them in many different colors. You know, I seem to crave plants that the rats with hooves deer also will eat with abandon. I wonder why that is? These buds are going to need to be sprayed with the deer repellent in the next day or so. That is if the rain will hold off. 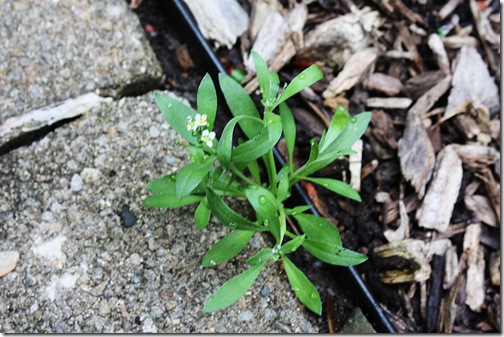 The back garden seems to have magical properties. It is calm, it is it’s own microcosm where things that aren’t supposed to self seed do. Every year I have both alyssum and impatiens that come up willy nilly. They are the descendents of alyssum and impatiens of years past. I am always amazed that I find them in the beds. And you have to know what they look like as a two leaf plant. It is very easy to pull them up when you are weeding. I have learned way they look like as young sprouts.

And speaking of things that come up after self-seeding… 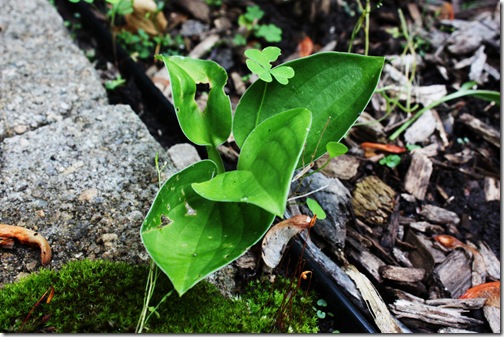 This is a hosta and he is coming up in between the path and the bed. I didn’t plant him there, he planted himself. This is the third one that I will have to transplant this year. I have this happen just about every year and I am always amazed. Remember, this is a magical garden.

And if the rain holds off this afternoon, doubtful but hope springs eternal, I will sit out and read a book in the shade and watch my garden in the drowsy afternoon.

Peace, so much peace.