The dog lives for winter. He craves it. He thinks that it was invented especially for him so that he can run around like an idiot and make tracks in the snow and eat the snow.

With regards to his eating of snow…he doesn’t seem to discriminate between newly fallen and yellow. Just thought that you would want to know. Wherever he happens to stick his head in for a bit of snow is fine with him it would seem. 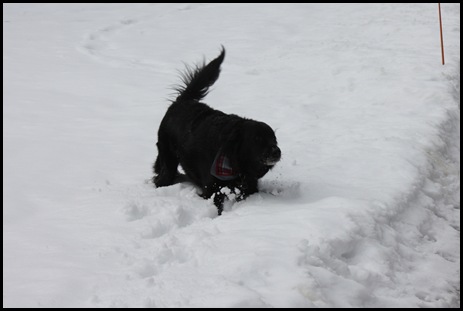 If you can believe it, we have had several days of warmer weather, relatively speaking. At one point the snow in the yard was almost to the level of his back. He would leap through the yard like a gazelle. 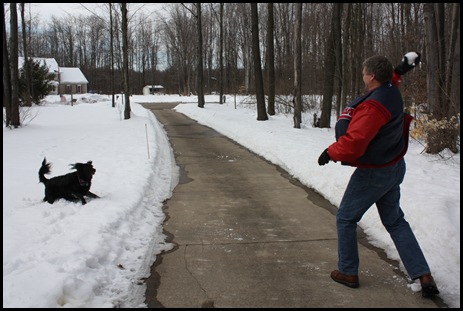 This is what Max lives for. All he wants is for you to go outside with him and throw snowballs at him. The bigger the better. And if you can actually hit him in the face with one then he will be your friend for life. 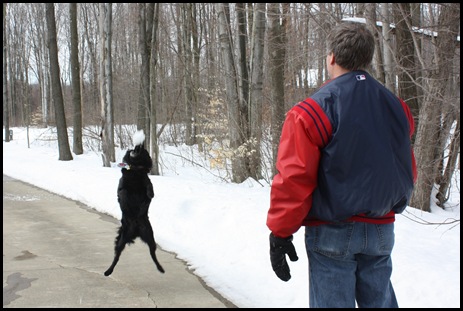 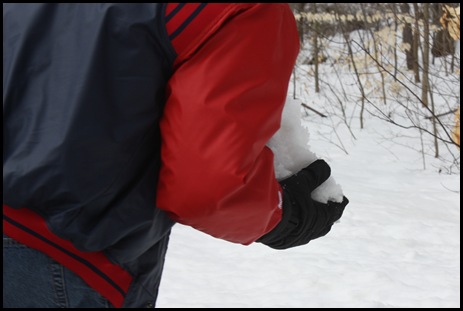 Oh yeah, that should be a big enough snowball. The bigger the better is Max’s motto. 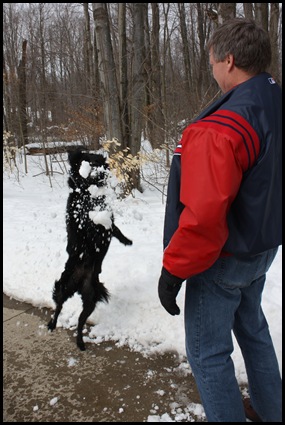 If only I could be as enthusiastic about cleaning my house as Max is about having snow thown in his face. 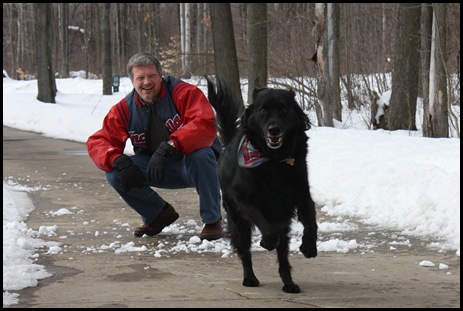 The Alpha Male has called me and I must run to her as fast as I can. Perhaps she will throw snowballs at me as well.