Not THAT Kind of Forensics!

Oh, you were under the impression that "forensic" meant all that icky stuff that you see on all the interminable CSI programs, where they show you the insides of terrible wounds with the accompanying squishy, liquidy sound track. Silly you. Not THAT kind of forensics at all. At our house forensics has an entirely different meaning.

Every Saturday there are high school students all over the country who get up early, get to school by 7am (in our case) and get on buses to go to another school for a Forensics tournament. These kids are a dedicated, articulate bunch. Know that by the time they actually start the annual tournament round they have already spent MANY hours selecting, cutting, practicing and perfecting their different pieces. 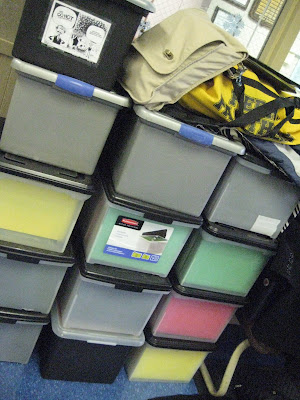 Those who are "debaters" have spent, and continue to spend all through the tourney season, hours and hours looking through papers and magazines and other sources for information to use. These kids, and the "extemp" kids, come with boxes and boxes of materials that can be used. 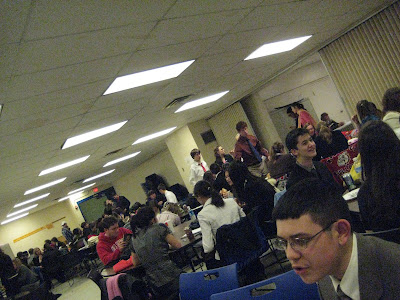 What other group of kids do you know who would get up early almost EVERY Saturday from November to February, put on a suit or nice outfit and go out to perform for judges and peers. 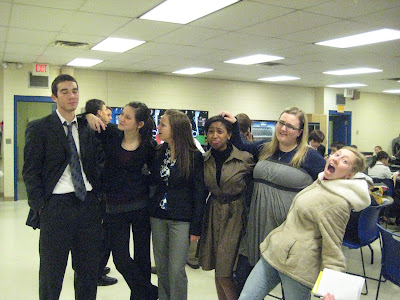 My daughter and her Forensics buddies spend Friday night at someone's house (this week it was ours) where they are up until the "wee hours" practicing and critiquing each other's performance pieces. I can hear them down in the basement laughing and working. They are a dedicated, unique bunch of kids and I love them to death.

This week the Forensic's tournament was held at my daughter's school and that meant that I had the privilege of helping out. It is a unique experience to watch all of these high schoolers (there were 350+ of them) from around the area as they did their last minute preparations. The halls are filled with kids but it is what they are doing which strikes the untrained observer as odd behavior. They are all talking silently to the walls or rows of lockers, wildly gesticulating and moving their feet. Or you might see a pair of kids, silently talking in tandem. It is sort of like a silent state mental institution without the straight jackets and the nasty smell. What they are doing is last minute rehearsal of pieces. They do this silently becuase if they all did their pieces out loud then it really would be bedlam.

I could go on and on about what a Forensics piece looks like but I think the best thing to do is just show you. Below you will find two videos (sorry but the performance isn't available in just one shot) of Nathan Rarick and his piece from the 2007 NFL (National FORENSICS League) performance. According to my daughter, who would know, he didn't come in first but should have. Enjoy and be sure to watch both parts.