That Is Not A Good Sound to Hear

Saturday. I was well into my afternoon of getting all sorts of little things done here and there. I owned my to do list! I had finished another task in the basement woman cave, had come back upstairs and was entering the family room when I heard it.

I stopped in my tracks.

I know that sound.

That is the sound of a drop of water falling from a great height and landing on something that should not get wet.

I looked around. And at first I saw nothing except Max the Magnificent skulking back into the laundry room, have just been caught red tongued licking the floor.

You know those movies where the heroine sees something horrific and the camera zooms in on it and the ominous music plays?

My eyes zoomed in on the drip. My brain said, “Hey that’s a drop of water. That isn’t supposed to be there. Where did that come from?”

It came from above.

Slowly, my eyes gazed heavenward and I saw……. 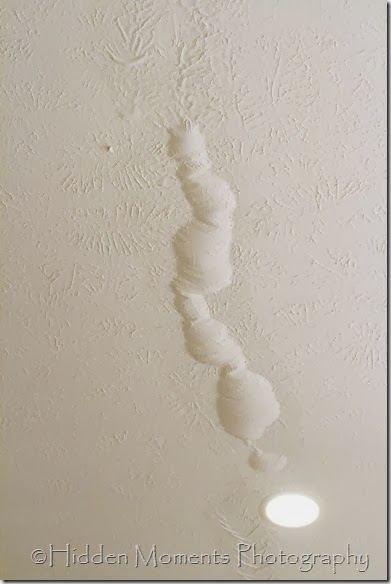 HOLY MARY AND ALL THE SAINTS IN HEAVEN! That doesn’t look good.

This had to be lanced right away. So HHBL hauled the 10 foot stepladder in from the garage and I got up there with a towel and my big pocket knife and did a bit of emergency surgery. Believe me when I say that in a very short amount of time this would have been a very messy thing. Right over the leather couch. After the surgery I just sort of held the drooping ceiling paint back up onto the ceiling (am I telling that correctly?) and it seemed to re-adhere itself. Yes, I know that is only temporary (more than you think!) but it was a Saturday afternoon and even though I immediately reported this to the home warranty people nothing was going to get done until this week.

And I hoped that all would be well…..

And then Sunday rolled around.

When I did the whole lance the ceiling boil thing again. AND found that the water must be also running down the beam towards the wall because the wet spot extended all the way across the ceiling and ran in a gentle rivulet down the wall, The ceiling in this room slopes by the way so water does naturally move downward.

And when I was back up on the step ladder doing some more emergency ceiling surgery I took a good look at the ceiling spackly stuff. And realized that it hadn’t re-adhered at all. It was all saggy like my face when I haven’t had a good night’s sleep. So I pulled on it a bit…… 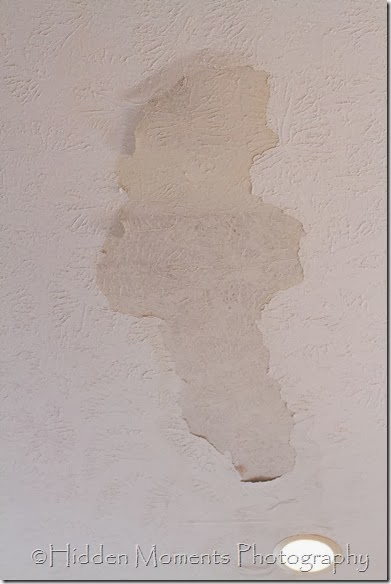 That whole section came off in pieces. Picking the sections off of the ceiling was just about as satisfying as picking a scab. Just one more little bit and I will be done! Just one more bit…..

I might have stepped over a line on that last one.

And what happens when you are standing on a 10 foot step ladder and picking the ceiling scab? 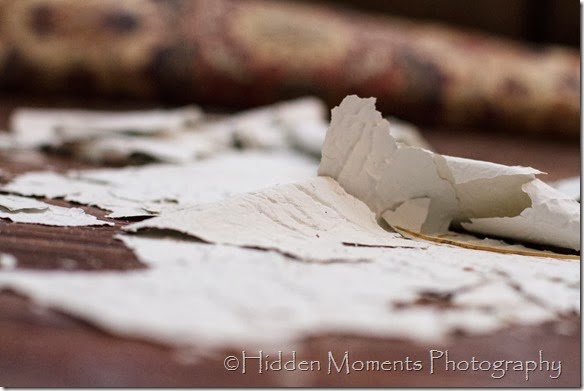 Why you make a mess of course. And what happens after that?

Well, since I was already down on the floor I thought I would just take some pictures at different f stops to see what that clump of ceiling skin looked like. 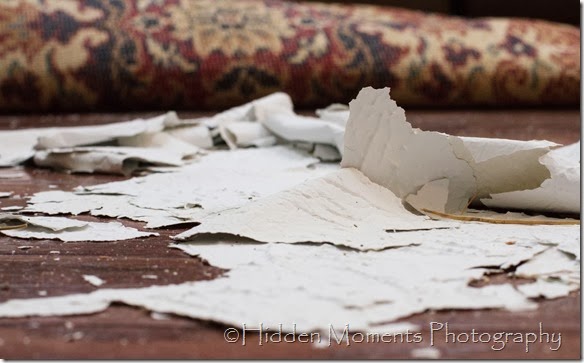 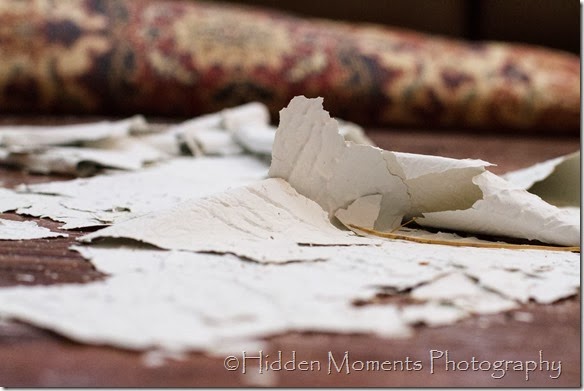 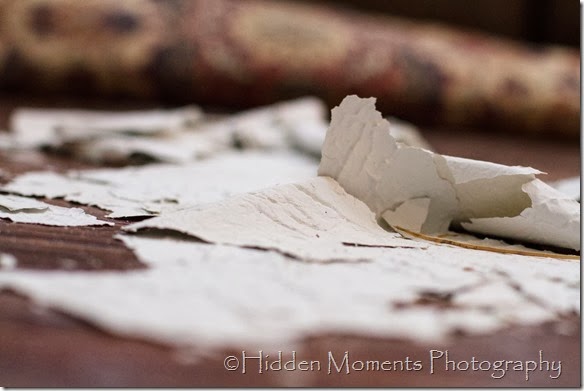 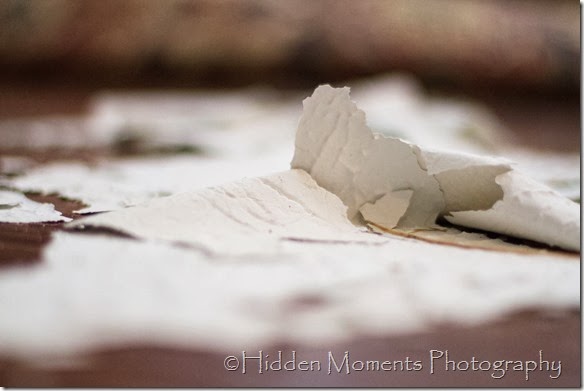 Oh the ceiling? Well, the roofer still hasn’t called. It has been bad weather after all. And the lovely woman on the other end of the phone line when I called the home warranty people kindly informed me that if the problem stemmed from an ice dam (as I suspect it does)….then it isn’t covered under the home warranty because they consider that an “Act of God”.

Did God come down and smote my roof for some reason?